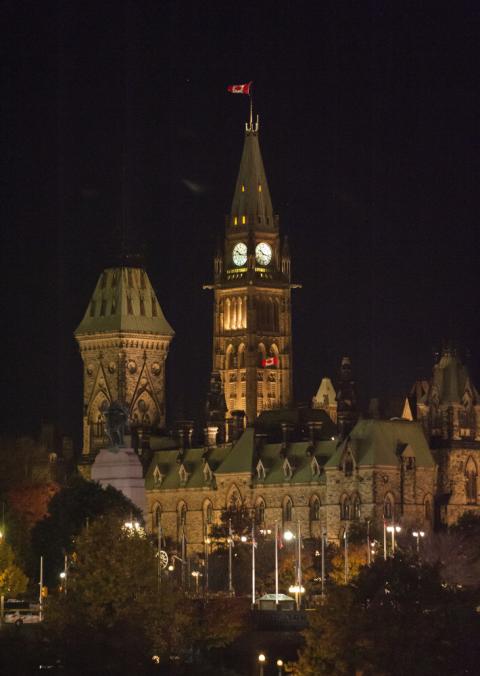 Cardinal Joseph Tobin leads a "Jericho Walk" in solidarity with immigrants at the Federal Building in Newark, New Jersey, May 3. (YouTube/Currents News)

In a rare show of unanimity, the House of Commons overwhelmingly supported a motion to call on Pope Francis to apologize on Canadian soil for abuses that occurred at church-run residential schools.

What happens next, however, remains unclear. The motion is not binding.

But in a March 27 letter released by the Canadian bishops' conference to the indigenous peoples of Canada, Bishop Lionel Gendron, president of the Canadian Conference of Catholic Bishops, said a papal visit was not imminent and the pope "felt he could not personally respond" to the Truth and Reconciliation Commission request to apologize in Canada.

An earlier version of the motion had put the onus on Canada's bishops to bring the pope to Canada. But after one member objected to the government interference in church affairs, a new motion was drafted to bypass the bishops and take the matter directly to the Vatican.

Charlie Angus, who introduced the bill, described the earlier debate as "a historic moment for the Parliament of Canada." He said Parliament created the Truth and Reconciliation Commission to examine the evidence, and the commission found "the policies of the government of Canada and the Catholic Church at the time constituted a genocide."

However, the commission report denounced the government, not the church, for pursuing a policy of "cultural genocide." It said the government's aboriginal policy dating back to the 19th century was intended to assimilate native children into Canadian culture and called the establishment and operation of residential schools one element of that policy. Catholic entities, as agents of the government, operated about 60 percent of those schools, and many of them were guilty of physical and emotional abuse of children.

While the wording of the revised motion was softened after consultation with the government, Angus continued to take aim at Canada's Catholic bishops, whom he has blamed for the pope not accepting other invitations to apologize in Canada.

"I want to say that I have been appalled by the line I heard from the Canadian bishops," he said. "They have tried to evade their role in working with us on reconciliation. They have followed a pattern time and time again of defending, covering up, and hiding for each other. It all comes back to liability. It all comes back to money.

"Does anyone think the survivors are here for money?" he asked.

Angus expressed confidence Pope Francis "is capable of understanding the importance of this motion, because he has a vision of reconciliation and justice for all."

An estimated 150,000 indigenous children attended residential schools over a period about 100 years, and the Truth and Reconciliation Commission estimated 6,000 of them died.