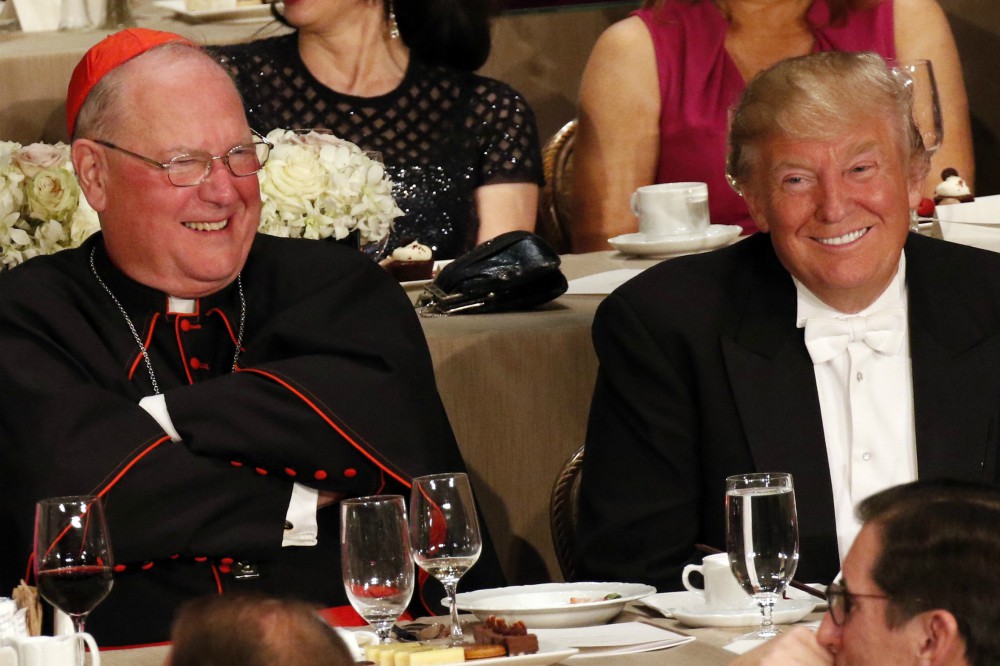 New York's Cardinal Timothy Dolan will offer a prayer during the opening evening of the Republican National Convention Aug. 24.

On Tuesday, a spokesman of the New York Archdiocese confirmed to NCR that the cardinal will offer the prayer.

"As a priest, one of my most sacred obligations is to try and respond positively whenever I am invited to pray. Prayer is speaking to God, offering Him praise, thanking Him for His many blessings, and asking for His intercession; it is not political or partisan," said Dolan in a statement. "That is why I have accepted an invitation to pray at the Republican National Convention."

"My agreeing to pray does not constitute an endorsement of any candidate, party, or platform. Had I been invited to offer a prayer for the Democratic National Convention, I would have happily accepted, just as I did in 2012," he continued. "It is my hope that, during this tumultuous time in our nation's history, people of all religious faiths or none at all might join together in seeking peace and reconciliation in our hearts, in our cities, and in our country."

In 2016, the New York cardinal offered a prayer at the inauguration for President Donald Trump. Since the start of the global pandemic, Dolan has regularly appeared on "Fox & Friends," where he has praised the president's leadership in the crisis. In April, he joined Catholic leaders on a phone call to solicit federal funding for Catholic schools in which Trump described himself as "the best" president in "the history of the Catholic church."

Also appearing at the Republican convention will be Nick Sandmann, a student from Covington Catholic High School who was embroiled in a controversy at the 2019 March for Life in Washington, D.C., regarding an encounter with a Native American individual near the Lincoln Memorial while wearing a "Make America Great Again" ball cap, a favorite of Donald Trump's campaign gear.

Initial coverage of the event alleged that Sandmann and other students were taunting the individual, although later reports raised questions as to whether the students were responsible for initiating the encounter. Sandmann has since successfully sued The Washington Post and other media outlets alleging biased coverage. In 2019, Sandmann's parents were honored guests at the conservative-leaning National Catholic Prayer Breakfast, where they received a standing ovation.

The Republican National Convention is taking place in Charlotte, North Carolina, but the majority of the events, including Dolan's prayer, will take place virtually.