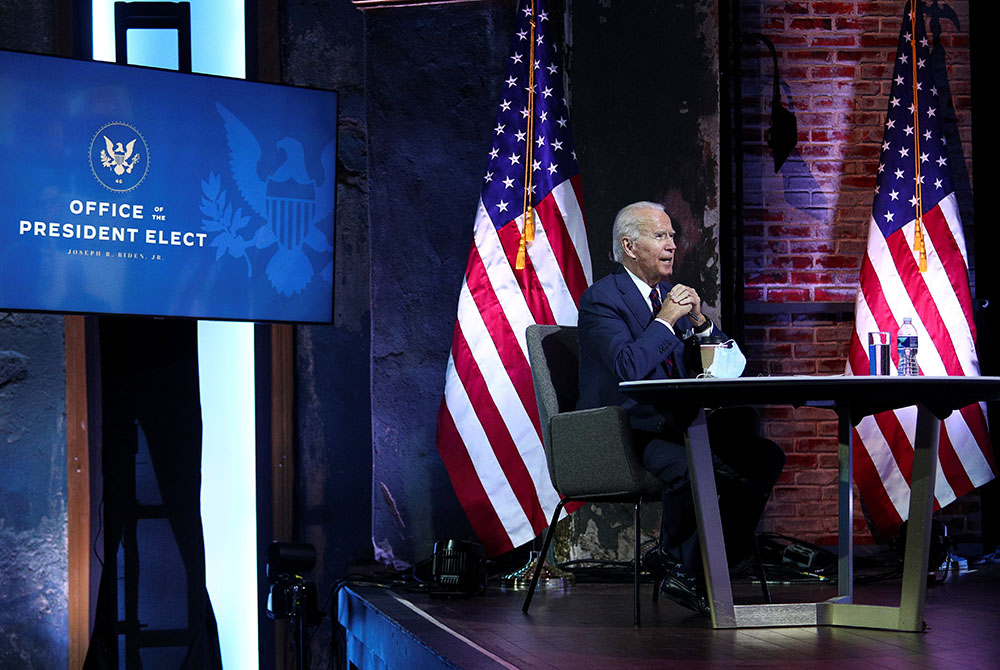 Los Angeles Auxiliary Bishop Robert Barron continues to underwhelm. In an interview with Crux about the McCarrick report he uses fierce language — "tragic incompetence" — to describe the continual unwillingness to even investigate the allegations against the former cardinal. "Time and again, as I read the McCarrick report, I found myself muttering, 'Why didn't they look into it? Why didn't someone do a serious inquiry? Why do they keep dropping the ball?' " he asks. But who is the "they"? Who set the tone for confronting sex abuse? Who exactly dropped the ball? He calls John Paul II's decision to promote McCarrick "imprudent" and immediately notes that the report puts the decision "in a wider context." Not very fierce that. Barron shows about as much interest in naming names as John Paul II showed about investigating McCarrick. That is how clericalism works.

In The New York Times, a report on the number of sex abuse claims filed against the Boy Scouts of America. It should give no one any joy to realize that the number of such suits has far surpassed the number of suits filed against the Catholic Church: We should be holding ourselves to a higher standard. But the fact of these other lawsuits does mean that the problem is not in some way unique to the Catholic Church and its hierarchic structures and culture, and maybe we need to be a bit breathless when citing causal relations.

At Politico, Holly Otterbein has another great article looking at hard data from the elections, and trying to figure out why Donald Trump did better than he did four years ago in some predominantly minority precincts in large urban areas. Not only does she complicate several self-serving narratives about "who won the election for Biden" — with margins this close, no one can claim credit except Mr. Biden himself, and it might have been the weather — but she also recognizes a fact with which all journalists should be contending: The exit polls are not to be trusted. More on this anon.

Also at Politico, a bit of good news. When you look at the people Biden is appointing to his transition teams for economic issues, he is selecting men and women with proven track records of confronting Wall Street business practices, not excusing them. It is vital the Democrats take back the economic populist card from the Republicans and, still more, limit the power of speculators and con artists on Wall Street to direct investment in ways that make them money without strengthening society.

Again, from Politico, the biggest failure for the Democrats in this year's election may not have been the failure to win outright control of the Senate, but their failure to recapture state legislatures. They will not have a seat at the table when the Sun Belt legislatures in Florida, North Carolina and Texas redraw congressional lines, and they failed to retake legislative chambers in Pennsylvania, Minnesota and Michigan, tilting control of Congress towards the GOP for a decade. I am thrilled Joe Biden will be our next president but the Democrats still need to figure out why they are so out of touch with voters in so many states.

Out here in rural America, it is no uncommon to have seen "Trump 2020" flags string up next to Gadsden flags. These yellow banners with an image of a snake and the motto "Don't Tread on Me" have become a symbol of rustic libertarianism. At The New Yorker, a look at the shifting symbolism of the flag. Couldn't the same kinds of observations be made of the kind of "originalist" nonsense you get from Justice Amy Coney Barrett?

At Eureka Street, Robert Christian looks at the future of the Republican Party, a subject to which I will turn my attention soon. Christian's critique of Trumpism and its Catholic defenders is as scathing as it is morally precise. Here is the money quote:

Figuring out the post-Trump landscape is not only a question for the Republican Party. It is an issue for the nation. In The New York Times Magazine, Jonathan Mahler asks the question and points to the most difficult part of it: "What to do about Donald Trump? Biden faces many daunting challenges — mitigating the ongoing damage from the pandemic, repairing institutions, restoring faith in government — but how to deal with his predecessor's flagrant and relentless subversion of the rule of law is in many ways the most vexing." And, later, this: "How does the country move on from a president whose disregard for the law has been so constant and pervasive?" I come down on the side of those who hope New York state's investigations into the president's business practices will yield enough to award Trump the orange jumpsuit he so richly deserves, or drive him to a country with no extradition treaty. Federal charges would only prolong the damage to civil society this horrible man has inflicted on the country. Besides, Al Capone went to prison on tax evasion charges and if it was good enough for him, it is good enough for Trump. History will take care of the rest.

It is always a unique type of joy to come across a piece of music you have never heard before, and yet one you probably should have heard. Here is Maurice Durufle's "Hommage a Jean Gallon" performed on the 73-rank Rieger organ at the Marienstatt Abbey in the Rhineland-Palatinate by Fraser Gartshore. I am not sure if I think it is the most beautiful piece of music for the organ ever written, but it would make a top 10 list for sure.