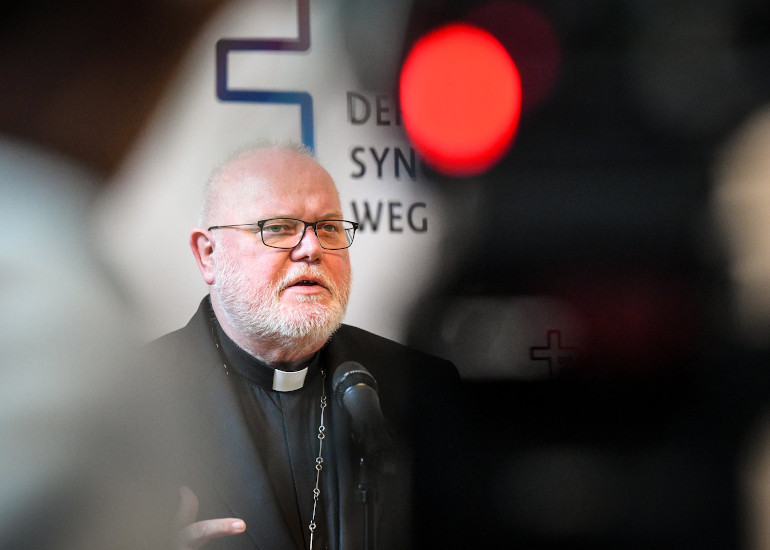 German Cardinal Reinhard Marx, one of Pope Francis' closest advisors, has asked the pontiff to allow him to resign as the leader of the Archdiocese of Munich and Freising as a sign of responsibility for the "systemic failure" of Catholic Church leaders over decades in responding to clergy sexual abuse.

In a shocking letter to Francis, which Marx released to journalists June 4, the cardinal says he wants to "share the responsibility" for the way priests and bishops mishandled abuse cases. He also admits he feels "personally guilty" for trying to protect the reputation of the church when dealing with victims.

"To assume responsibility, it is … not enough in my opinion to react only and exclusively if the files provide proof of the mistakes and failures of individuals," writes Marx in the letter, dated May 21. "We as bishops have to make clear that we also represent the institution of the Church as a whole."

In resigning, states the cardinal, "I may be able to send a personal signal for a new beginning, for a new awakening of the Church, not only in Germany."

"I would like to show that not the ministry is in the foreground but the mission of the Gospel," Marx tells Francis. "I therefore strongly request you to accept this resignation."

Marx has led his archdiocese since 2007. He also serves as one of only seven members of Francis' advisory Council of Cardinals and as the coordinator of the Vatican's Council for the Economy, which supervises the financial activities of both the Vatican city-state and the offices of the Holy See.

The cardinal is 67-years-old, eight years shy of the traditional retirement age of 75 for bishops. His decision to resign over the actions of the church as a whole on clergy abuse, and not because of any known investigation into his personal actions, appears without precedent.

The Vatican did not immediately respond to Marx's release of his letter to Francis. The June 4 daily news bulletin did not announce whether the pope had chosen to accept the resignation.

In a personal declaration to journalists sent alongside the copy of Marx's letter to Francis, the cardinal said the pope had authorized him to release his letter and told him to "keep performing my service as bishop until [Francis'] decision is made."

As in many countries across the world, Germany's Catholic Church has been rocked by reports of clergy sexual abuse and cover-up by bishops. A 2018 report documented nearly 3,700 cases of alleged abuse over a 68-year period Germany.

The public outcry from the report partially inspired the launch of the German church's "Synodal Path" initiative, a series of gatherings discussing contemporary issues and the future of Catholicism in the country.

The path has met with criticism from some more conservative church voices, who say it is being too progressive on issues such as sexuality and women's leadership.

Marx, who led the German bishops' conference from 2012-20, has been one of the key organizers of the synodal program. In 2019, he strongly defended the program from criticism by Cardinal Marc Ouellet, the head of the Vatican's Congregation for Bishops. Ouellet had said some of the topics up for discussion in Germany would impact the entire global church.

Although Germany has eight Catholic cardinals, Marx is one of only two who are not retired. The other, Cardinal Rainer Woelki, leads the Archdiocese of Cologne, which is currently the subject of a Vatican investigation over its handling of abuse claims.

Woelki has previously said he will not resign over past handling of abuse cases.

"To simply take the moral responsibility with me and to go to protect the reputation of the office of bishop and of the church — I think that's too easy," the cardinal said March 23. "Such a resignation would only be a short-lived symbol."

In his letter to Francis, Marx says "it is important to me to share the responsibility for the catastrophe of the sexual abuse by Church officials over the past decades."

"It is also not right to simply link these problems largely on past times and former Church officials, thereby 'burying' what happened," the cardinal states.

"I feel that through remaining silent, neglecting to act and over-focusing on the reputation of the Church I have made myself personally guilty and responsible," he says. "Overlooking and disregarding the victims was certainly our greatest fault of the past."