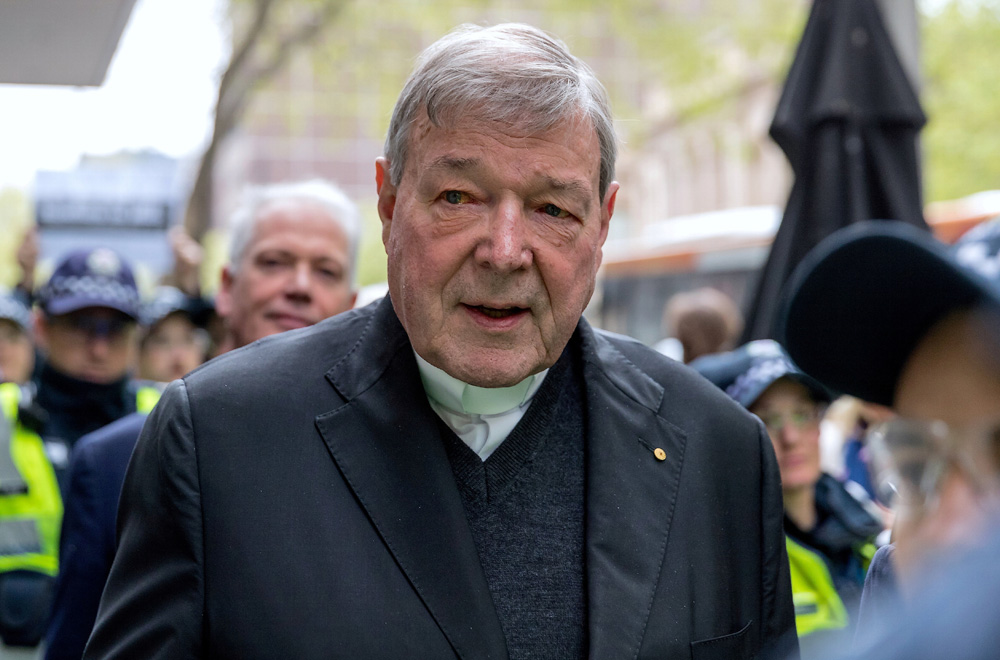 The trial, the specific charges, the testimony and almost all other details involving the accusations against the 77-year-old cardinal are covered by a court-issued "super injunction," which forbids all media in Australia from reporting on it.

Pell is expected to appeal the conviction.

Sources said Pell pleaded not guilty to all charges but was found guilty Dec. 11 by a jury of 12 people, who delivered a unanimous verdict, as required by Victoria state statutes; the jury had deliberated for more than three days.

The trial took place before Judge Peter Kidd of the County Court of the State of Victoria; it was one of two trials Pell is reportedly facing on accusations of abuse that allegedly occurred in the 1970s and in the 1990s.

The first trial, for the Melbourne events, began in August, but resulted in a hung jury, sources said.

One of the alleged survivors has died since the events and the other gave evidence via video link to the court. Neither has been named.

Lawyers for Pell, led by Robert Richter, are understood to have indicated they will appeal, but that would take place after the cardinal is sentenced in February. The second trial, focusing on the alleged events in Ballarat, reportedly will begin in March.

Catholic News Service was told that Australian media organizations are petitioning the court to release details of the trial and verdict. The court had issued the gag order to "prevent a real and substantial risk of prejudice to the proper administration of justice."

Although some of the initial charges brought by prosecutors were dismissed, including what Pell's lawyer described as the most "vile," Magistrate Belinda Wallington announced May 1 that she believed there was enough evidence presented in connection with about half the original charges to warrant a full trial.

Pell was appointed head of the Vatican Secretariat for the Economy by Pope Francis in 2014 but took a leave of absence from his position in mid-2017 to face the charges. His lawyer told the court May 1 that he had already surrendered his passport.

Before leaving Rome, Pell had told reporters at a Vatican news conference, "I'm innocent of these charges. They are false. The whole idea of sexual abuse is abhorrent to me.

Following his time as archbishop of Melbourne, 1996-2001, Pell was named archbishop of Sydney in 2001. He was made a cardinal by St. John Paul II in 2003 and is, at present, the only Australian cardinal.

Pell has been an important and, at times, polarizing figure in Australia. Supporters say his opposition to abortion and gay marriage have made him many enemies, and they believe that while he was archbishop of Melbourne he was the first bishop in the country to proactively address the clergy sex abuse issue.

A version of this story appeared in the Dec 28, 2018-Jan 10, 2019 print issue under the headline: Cardinal Pell found guilty of sex abuse, reports say.