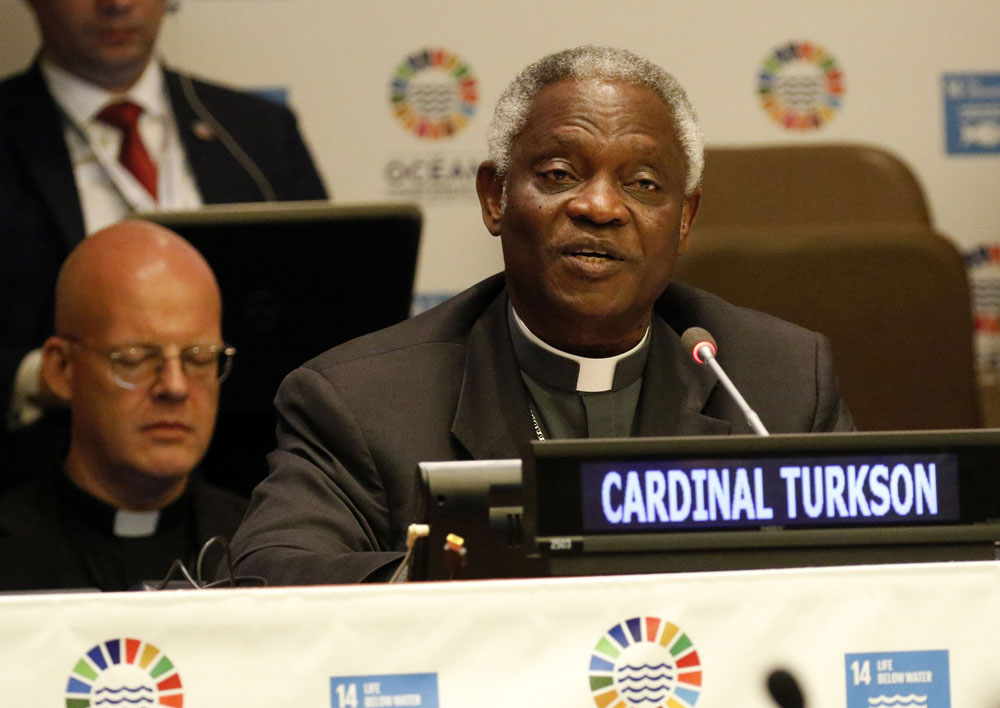 High-ranking military, peace activists, academics and an outspoken Vatican cardinal on peace issues will seek common ground Oct. 6-8 at the University of San Diego on how to pursue, achieve and sustain concord in a global pandemic of violence.

Cardinal Peter Turkson, prefect of the Vatican's new Dicastery for the Promotion of Integral Human Development, will be a marquee participant as well as deliver a free public lecture Oct. 7.

Turkson formerly headed the Pontifical Council for Justice and Peace, which joined international peace organization Pax Christi to sponsor a landmark gathering at the Vatican in April 2016. The 80 participants concluded the three-day event by issuing a call for rejection of the church's long-standing just war theory.

They also appealed to Pope Francis to issue an encyclical or "major teaching document" recasting church teaching on violence.

The Justice and Peace Council is now part of Turkson's dicastery, which began operation Jan. 1.

The 2016 Vatican event, amplified by Francis' Jan. 1 World Day of Peace Message, "Nonviolence: a Style of Politics for Peace," form the backdrop of the San Diego gathering, according to Jeffrey Burns, its lead organizer.

"In light on the original peace conference, we reflected on how we could make a contribution to the discussion, and since San Diego is such a military town it would be a natural site for a dialogue of military and peace activists," explained Burns, director of the university's Frances G. Harpst Center for Catholic Thought and Culture.

Titled "The Catholic Church Moves Towards Nonviolence? Just Peace Just War in Dialogue," the conference will feature some of the participants from the April 2016 Vatican meeting on nonviolence as well as representatives from West Point, the United States Naval Academy, the U.S. Air Force Academy, and the U.S. Institute of Peace, along with well-known experts on nonviolence principles and implementation.

"The main intent of this conference … is to engage peace activists with theorists in dialogue with military theorists and educators on this important topic," according to an event statement. 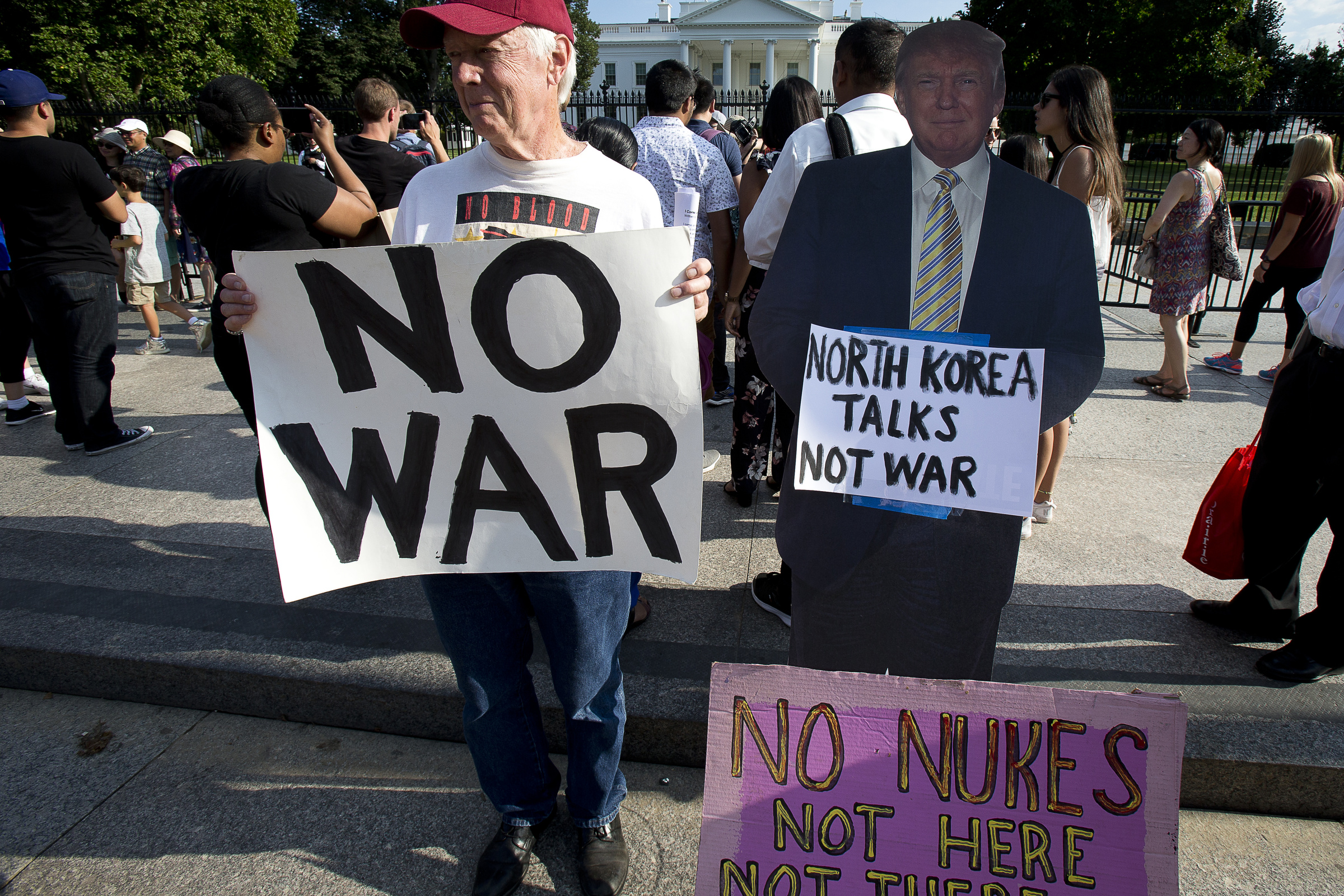 "Our basic assumption," the statement explained, "is that both groups are committed to peace, but ask, is there any common ground? Common language? We hope both sides will challenge one another with their concerns and visions, resulting in a deeper understanding of one another's vision and method. Can nonviolence work? Is armed conflict the only solution to world conflicts? What is the best way to peace? Is the just war theory still of value?"

First considered 1,600 years ago by St. Augustine, and developed further by St. Thomas Aquinas in the 13th century, the just war theory has come under increasing criticism for its applicability in a nuclear age and in light of evidence of effective nonviolent methods.

"At this perilous moment for our nation and our world, this conference provides a unique and profound opportunity to explore how the Church's rich tradition on war and peace can intersect meaningfully with the building of a sustainable peace founded both in realism and in hope," San Diego Bishop Robert McElroy, who will introduce Turkson at the Oct. 7 talk, said in an email to NCR. 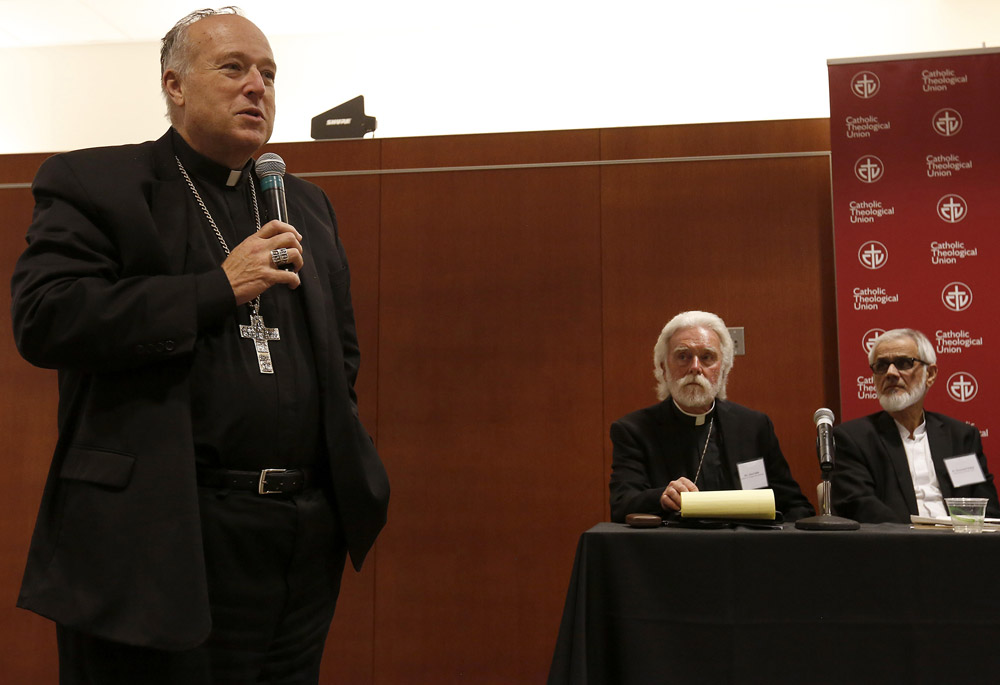 Turkson's 7:30 p.m. address, "Christian Nonviolence and Just Peace," will be delivered at University of San Diego's Kroc Institute for Peace and Justice Theatre.

The conference kicks off the previous evening with a free public lecture by Maria Stephan, "The Nonviolent Option: The Power of Active Nonviolence," also at 7:30 p.m. at the same site.

Stephan directs the Program on Nonviolent Action at the U.S. Institute of Peace. Previously, Stephan was lead foreign affairs officer in the U.S. State Department's Bureau of Conflict and Stabilization Operations, where she worked on both policy and operations for Afghanistan and Syria.

While the Turkson and Stephan lectures are public, the day-long Oct. 7 "dialogue portion of the conference is open to invited guests only — participants and USD faculty," Burns told NCR.

Turkson will also be a celebrant and homilist at an Oct. 8 concluding Mass in the Church of The Immaculata on campus.

Cosponsoring the event with the Center for Catholic Thought and Culture are the University of San Diego's Joan B. Kroc School of Peace Studies and the Joan B. Kroc Institute for Peace and Justice.

Burns said he also worked closely with Ken Butigan, a senior lecturer in the Peace, Justice and Conflict Studies Program at DePaul Univerisity, Chicago, who is also active in Pace e Bene, an international organization that promotes active nonviolence in conflict resolution.

Barrett is director of research at the U.S. Naval Academy's Stockdale Center for Ethical Leadership. He is also author of Persons and Liberal Democracy: The Ethical and Political Thought of Karol Wojtyla/John Paul II and was a speechwriter for the late Cardinal George Francis of Chicago.

An assistant professor of law, Salzmann is the deputy department head for the department of law at the Air Force Academy. During the past 13 years, she has served throughout the world, including the Republic of Korea, Germany, and the Kingdom of Saudi Arabia, according to the biographical sketches on the conference's roughly 20 presenters and reactors.

Dennis described the San Diego conference as "a unique opportunity for constructive dialogue with military officers and church leadership on this topic."

"The demonstrated effectiveness of carefully prepared, strategic, nonviolent actions in many conflictive situations makes me very hopeful that a deeper commitment to active nonviolence and just peace by the institutional Catholic Church with its global reach can help the human community move away from what seems like perpetual war and violence," she wrote in an email to NCR. "That ought to be good news for military leaders, who know so intimately the suffering of war, and who could be powerful allies in this endeavor."