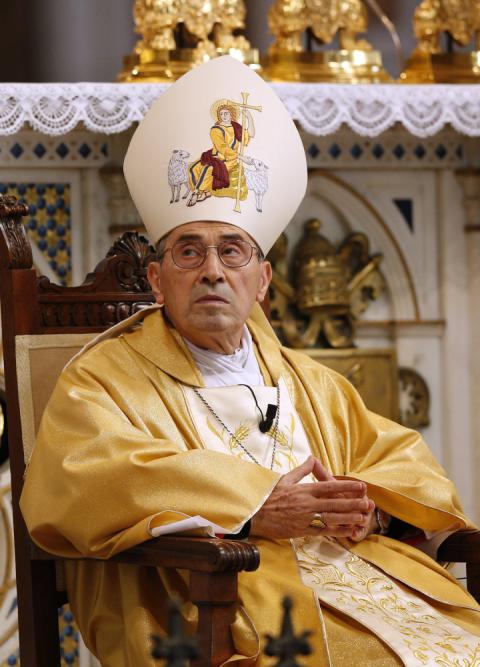 The Italian cardinal who oversaw the Vatican-led reform and reorganization of the Legionaries of Christ died in Rome just several days before his 82nd birthday.

Cardinal Velasio De Paolis died of cancer Sept. 9 at the age of 81.

An expert in church law who specialized in religious institutes, the Italian cardinal was appointed by Pope Benedict XVI in 2010 to be his papal delegate with broad powers of authority over the Legionaries following an apostolic visitation of the order. The major Vatican-led reform came after revelations that its founder, the late Fr. Marcial Maciel Degollado, had fathered children and sexually abused seminarians.

Under the cardinal's guidance, the order adopted a new constitution, elected new officers and issued a statement of apology to Maciel's victims.

De Paolis' role as papal delegate to the Legionaries from 2010 to 2014 also included guiding its lay branch, Regnum Christi, and advising that it become separate from — though affiliated with — the Legionaries.

The pope, who was on his flight to Colombia for a five-day visit when news of De Paolis' death was announced, expressed his condolences in a Sept. 9 telegram addressed to Angelo De Paolis, the cardinal's brother.

"I wish to recall with gratitude his special skill and expertise in the field of law," the pope said, noting the many years the cardinal dedicated to teaching at Rome's pontifical universities, educating "the younger generations, especially priests."

Born in Sonnino, Italy, the late cardinal was ordained a Scalabrinian priest in 1961, named a bishop in 2003 and an archbishop in 2008. Pope Benedict made him a cardinal in 2010.

He taught moral theology and canon law for many years in Rome and also served in various positions within his religious order.

He served as president of the Prefecture for the Economic Affairs of the Holy See from 2008 until 2011.

He was a member of the Supreme Court of the Apostolic Signature and he served as a consultant to a number of Vatican bodies, including the Vatican Congregation for Institutes of Consecrated Life and Societies of Apostolic Life, the Congregation for Eastern Churches, and the Pontifical Council for Legislative Texts.

De Paolis' death leaves the College of Cardinals with 220 members, 120 of whom are younger than the age of 80 and therefore eligible to vote in a conclave to elect a new pope.