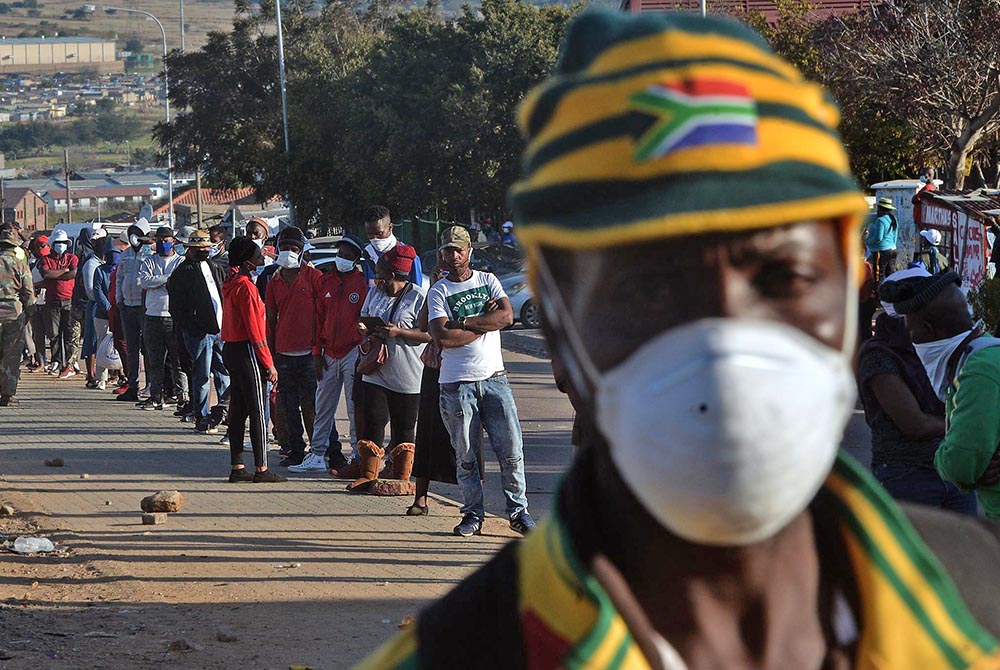 People wait in line to receive food in Pretoria, South Africa, May 2, 2020, during the COVID-19 pandemic. (CNS/Oupa Mokoena, RealTime Images via Reuters)

The coronavirus is spreading through African countries each day. As of June 2, the number of confirmed cases on the continent stands at 154,847, with 64,733 recoveries and 4,353 confirmed deaths. Catholic communities are responding to the pandemic in varying degrees.

On June 1, the Nigerian Presidential Task Force on COVID-19 announced the lifting of the ban on religious gatherings in churches and other places of worship in the country. As reported by TheCable, this followed President Muhammadu Buhari’s decision to relax the ban for four weeks. According to TheCable, the government had placed the ban about two months ago to check the spread of the coronavirus.

The reopening is based on strict adherence to safety guidelines and protocols, according to Boss Mustapha, the head of the task force.

According to Africa Centers for Disease Control and Prevention, as of June 2, Nigeria — Africa’s most populous country — had the highest number of coronavirus cases in the West African region and the third highest in the continent behind South Africa and Egypt.

Nigeria's Catholic community is responding to the pandemic by collaborating with the government on several fronts. The initial measures taken were to close down churches, begin online masses and encourage social distancing among parishioners. 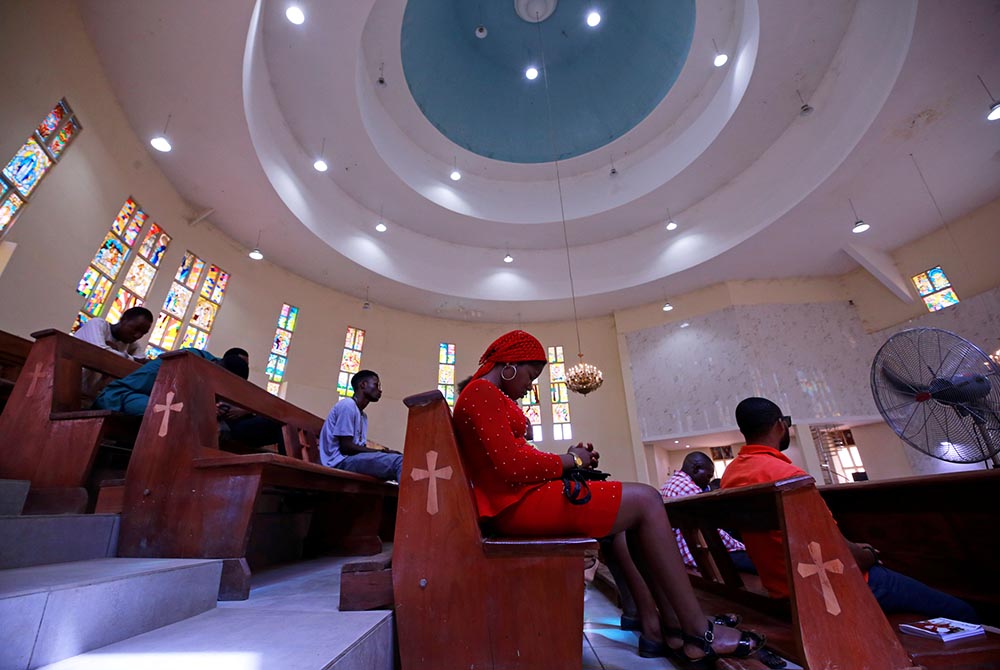 Worshippers pray during a March 22, Mass at St. Gabriel Catholic Church, in Abuja, Nigeria, as African governments struggle to control the spread of the coronavirus (COVID-19). (CNS/Afolabi Sotunde, Reuters)

Back in May, the Catholic Bishops' Conference on Nigeria offered the government all of the country's 425 church-run health care facilities to use as isolation centers, as reported by Premium Times. Additionally, some priests who have expertise in epidemiology were sent as volunteers by the bishops' conference to support the government.

"Because of the poor health systems and infrastructures in the country, the church decided to offer those hospitals to help the government," Fr. Donatus Ajibo, who runs a Catholic hospital in the southeast of the country, told NCR.

Dioceses and parishes across the country have also distributed relief packages including food, face masks, hand sanitizers and gloves to help those whose livelihoods have been affected because of the pandemic and subsequent lockdown restrictions across the country.

"The bishops are conscious of COVID-19," said Ajibo. "They have maintained some level of discipline as far as the regulations from the government is concerned regarding this pandemic." 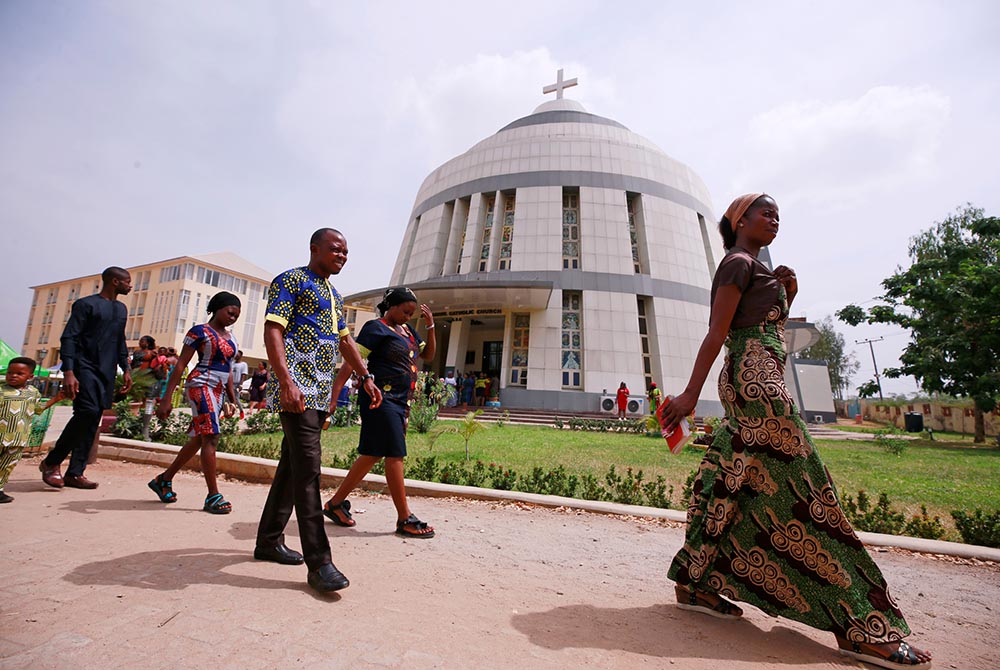 Starting June 1, South African President Cyril Ramaphosa allowed places of worship in the country to reopen under strict conditions. As of that day, South Africa had 34,357 confirmed cases with 705 deaths. Africa CDC data of June 2 listed South Africa with the second highest number of deaths on the continent.

The Southern African Catholic Bishops’ Conference welcomed the decision to reopen churches, saying it would "assist our people many of whom have experienced emotional and spiritual distress during the lockdown.'

"People have felt abandoned by the church community in their moment of grave need. The stress of feeling isolated leaves the individual with a weakened immunity. A sense of deep depression due to spiritual longing is also a suffering and a disease," read a statement signed by retired Pretoria Archbishop William Slattery, who heads the conference's communications committee.

The conference also said that Masses would be celebrated with precautionary measures — limited to 50 people or less with the wearing of face masks and maintenance of social distancing. Members with persistent coughs or fevers were asked not to come to church.

In broad strokes, the Catholic Church in South Africa has also been in partnership with the government in creating awareness about the dangers of the virus.

Fr. Nobert Munekani, a pastor at the Holy Trinity Catholic Church in Johannesburg, said his archdiocese is supporting the government's efforts by distributing relief materials to homeless people who need them.

"We are still cautious about it because we know there is a lot at stake," Munekani told NCR about the reopening of churches. "We share information with parishioners, encouraging them to follow the precautions in line with government’s rules." 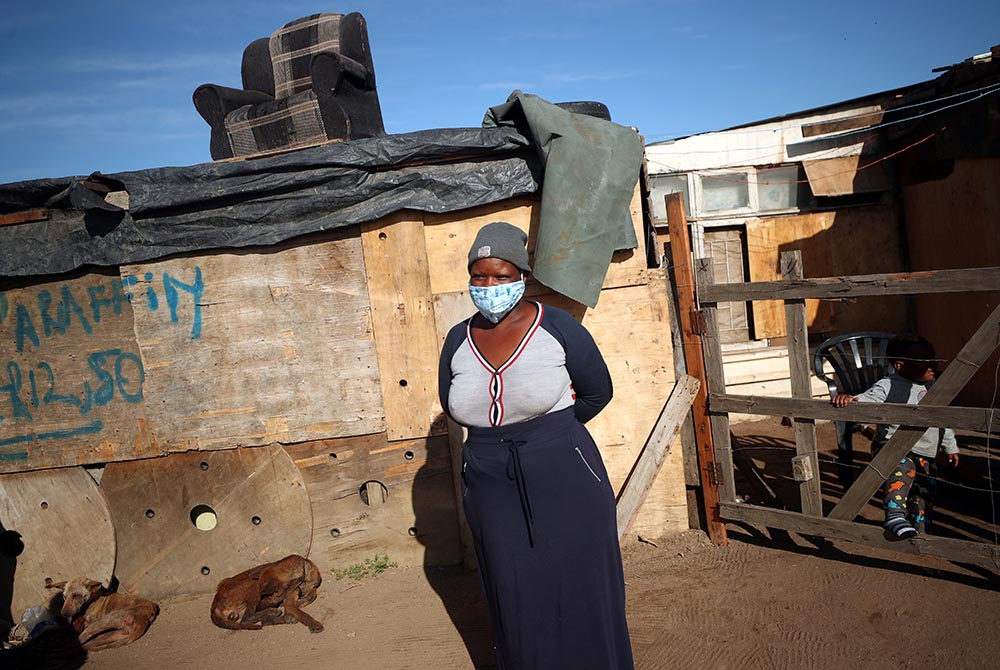 A community volunteer waits to distribute food to the needy in a poor section of Cape Town, South Africa, April 17, during the COVID-19 pandemic. (CNS/Mike Hutchings, Reuters)

However, while other churches and religious organizations welcomed the call for reopening of in-person worship in the country, the Jesuit Institute South Africa turned it down, saying in a statement that "this sudden, seemingly rushed move is questionable."

The Jesuits argued that the move to reopen churches would help increase the spread of the virus.

"We do not need to open churches right now to practice our faith," said the Jesuits. "Prayer, acts of kindness, reading sacred texts and service of neighbor can continue without gathering in the midst of this pandemic."

Their statement continued: "The more people mix, the more there is potential for spread. Places of worship are not immune to the virus. This move seems to contradict the President’s oft repeated phrase that we must be 'guided by the overriding principle of doing whatever it takes to preserve life.' " 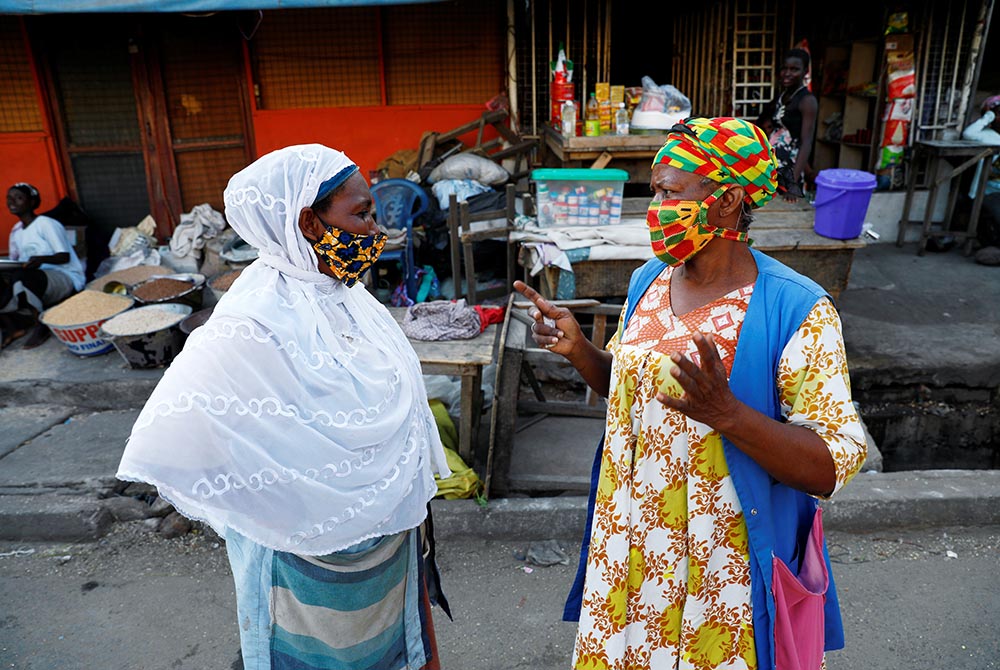 Church communities in Cameroon and Ghana are taking strong steps to respond to the pandemic. Bishops in the two countries have created safety guidelines to combat the virus and support the government's efforts. These include the closure of churches and the dissemination of useful information to help people stay safe.

According to Voice of America, the archbishop of Doula, Samuel Kleda claimed he has found an herbal cure for the virus which heals people. However, there has not been any scientific evidence or confirmation to corroborate this claim. The World Health Organization says while global efforts and drug trials are ongoing for a cure, there is currently no proof that any herbal remedy can cure the virus.

Recently, as reported by Anadolu Agency, the prime minister of Cameroon, Joseph Dion Ngute met with Kleda and said the government supports the search for local solutions. ''Our discussions focused on the cure based on medicinal plants which he proposes for the treatment of coronavirus," Ngute said after the meeting. 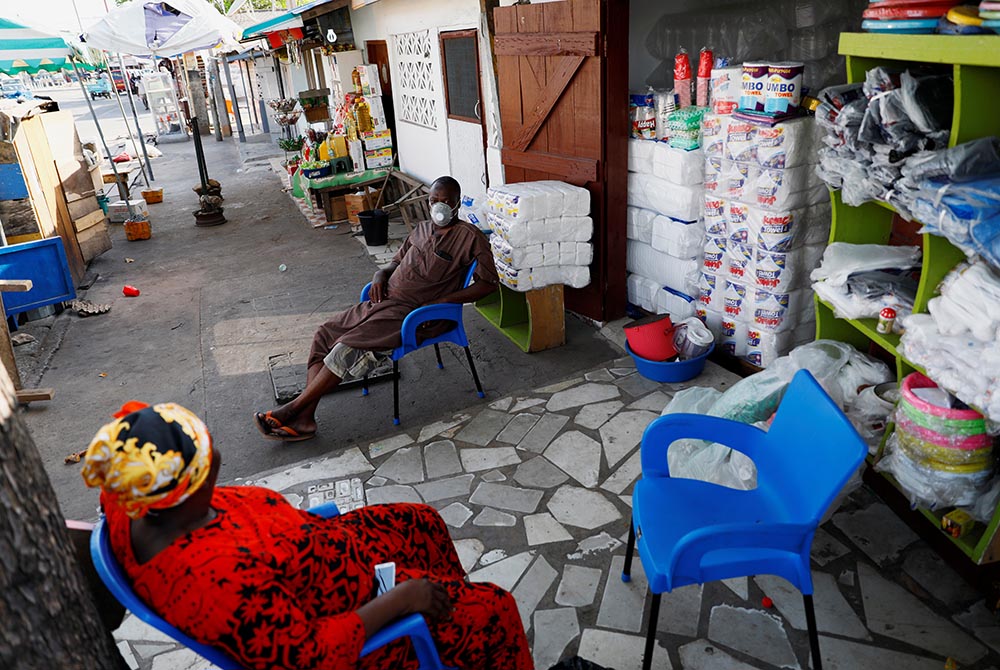 Traders sit in front of their shop in Accra, Ghana, April 20, during the COVID-19 pandemic. (CNS/Francis Kokoroko, Reuters)

"We have been getting help from my diocese especially on how to stay safe and protect our community," Gerald Ndune, a parishioner in the Doula Diocese said. "At first, everybody was scared but now, we know what to do whenever we go out or come back to our families."

As of June 2, per Africa CDC, Cameroon has the highest number of cases in the Central African region, with 6,585 confirmed cases, 200 deaths and 3,676 recoveries .

In Ghana, the Catholic Church is supporting the government's efforts against the pandemic by fundraising to procure equipment at hospitals and other health facilities run by the church. On March 27, an appeal was launched for individuals and philanthropists to donate for this purpose to support 46 hospitals and 83 clinics run by the church under the National Catholic Health Service.

Individuals and groups have responded to the appeal. In one instance, as reported by the Association for Catholic Information in Africa, Cape Coast Archbishop Charles Palmer-Buckle, vice-president of the Ghana Catholic Bishops’ Conference, received a donation of $20,000 from the leadership of the Knights and Ladies of Marshall, a historic fraternal organization.

Additionally, Caritas Ghana launched a response plan to distribute relief supplies to vulnerable communities that urgently need them. According to Ghana Health Service, as of June 2, there are 8,297 confirmed cases in the country, with 38 deaths and 2,986 recoveries.