WASHINGTON -- Catholic film critics lauded the work of actor Paul Newman, who died Sept. 26 at age 83 of cancer. Other praise came from the Vatican's newspaper.

"In his films he was the tough guy and the braggart, the rebel and the conquistador," said a notice in the Sept. 29 issue of L'Osservatore Romano. "In reality Newman was a generous heart, an actor of a dignity and style rare in Hollywood quarters." 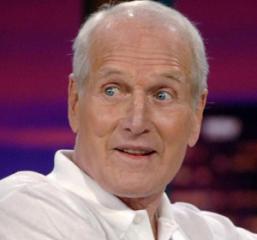 The L'Osservatore Romano obituary mentioned his role in the 1954 biblical epic "The Silver Chalice," although Newman at one point took out a full-page ad in a Hollywood newspaper deriding the movie as one of the worst ever made.

"He and (Marlon) Brando are gone now, and they pretty much defined screen acting in the '50s," said Jim Arnold, who wrote movie reviews for 39 years for St. Anthony Messenger magazine before retiring in 2003. "That kind of defined the end of a generation in Hollywood."

"Probably every Catholic film professor or adults are fond of certain films of his," said Arnold in a Sept. 29 telephone interview with Catholic News Service from Milwaukee, where he taught both film and journalism at Jesuit-run Marquette University.

Arnold talked about his personal favorite: "'Cool Hand Luke,' of course, being the classic one -- the Christian parable in which the Luke character (played by Newman) is a Christ figure coming to the nasty world of the prison and sacrificing himself for others -- not in a very conscious, churchy way but in a subtle, very intelligent way.

Gerri Pare, a former director of the U.S. bishops' Office for Film & Broadcasting, couldn't stop at just one Newman favorite.

She chose the 1990 movie "Mr. and Mrs. Bridge," starring Newman and his real-life second wife, Joanne Woodward. In her review, she said the "standout performances" of the two previous Oscar winners merited them additional Academy Award statuettes.

In a Sept. 29 telephone interview with CNS from Venice, Fla., Pare noted how Newman made his gangster character in that film "really realize there would be consequences to all his criminal activities: 'You know what we have done, and there's not going to be a heaven for us afterwards.' We don't see that too often. ... It made a real moral point." Pare rated it one of the best movies of 2002.

"He was just outstanding in 'The Verdict' and you couldn't help but be entertained by 'The Sting' and 'Butch Cassidy (and the Sundance Kid')," Pare said.

"A gentleman's sense of character always came through" in Newman's performances, said Joseph Cunneen, who retired in August after reviewing movies for the past 20 years for the National Catholic Reporter weekly newspaper.

"There was a human generosity behind it all that makes him different from the usual Hollywood star," added Cunneen in a telephone interview with CNS from his home in Nyack, N.Y.

"I am not ready to rate him as an actor against other great actors. That's not a problem I'm ready to solve," Cunneen said, but recalled that "he was in very few bombs."

"My recollection was he was in some very fine movies. ... His relationship with his wife was very gratifying. They acted well to each other and encouraged each other to go after roles in films that were particularly worthwhile," he said.

Newman's last film credit was as narrator of the 2007 documentary "The Price of Sugar," which chronicled the efforts of a British-born Catholic priest to help the Haitians who had migrated to the Dominican Republic make money by planting and harvesting sugar.

Although Newman's voice-over is gravelly, "it fits our story," said director Bill Haney last year during the film's release. "It's a bit of the voice of God. He's got a bit of Methuselah in his voice."

Newman had announced earlier in 2007 he was retiring from acting because of his advancing age and his decreased ability to remember his lines.

Arnold mentioned the Newman's Own line of specialty foods that bear the actor's name and likeness. "When he became wealthy and could afford to do that kind of thing, he had the advantage of finding a more healthy way to have a product with his name on it," he said.

Sales of Newman's Own products have generated millions of dollars for charities.

"As a matter of fact, two nights ago," Pare told CNS, "I was watching 'Larry King Live,' a memorial tribute to him (Newman), and I ate Newman's Own popcorn during it. I thought that was an appropriate tribute."