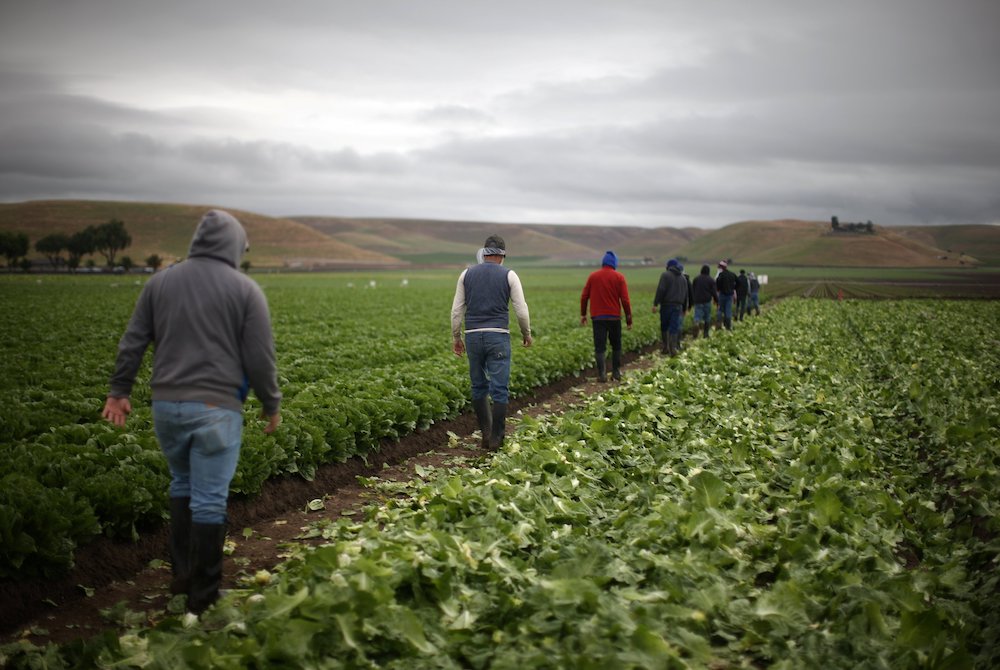 Nearly 50 years ago, Catholic labor activist César Chávez won a hard fought battle to ensure California's farm workers a right to organize. Now, Catholic leaders in the state fear a U.S. Supreme Court case on March 22 could overturn a fundamental regulation, an action that could chip away at worker's rights and have broader health and safety concerns throughout the country.

In Cedar Point Nursery v. Hassid, agricultural growers in California are seeking to overturn a 45-year-old regulation that allows union organizers to briefly enter agricultural workplaces during non-work hours to speak to farm workers. The growers argue that the regulation allowing union officials onto their property results in an unconstitutional "taking" of their property. Farm workers, and their allies, counter that preventing labor leaders from having access to workers so that they understand their rights strips them of essential legal protections.

"This would be another step in constricting the ability of workers to form associations, to unionize and to effectively bargain," Bishop Robert McElroy of San Diego told NCR. "Those rights are being chipped away little by little, and that's very destructive to our society."

McElroy is the current head of California's Catholic Conference, which has signed on to an amicus brief in the case in support of the farm workers.

"This is a case where human rights, and the most basic rights, are at stake," warned McElroy.

Access to farm workers more important now than ever before

In 1975, when California's Agricultural Labor Relations Board issued a regulation allowing union organizers a limited right to access agricultural employers' property to inform workers of their rights under California law, many of the workers were U.S. citizens and bilingual, with high school educations and a basic understanding of their rights.

According to Mario Martinez, general counsel for the United Farm Workers, today's workforce is largely undocumented, and many workers are indigenous people who speak limited Spanish, no English, and who lack a formal education.

"In some respects, access regulation is more important now than it ever has been due to the change in demographics of the worker population," he told NCR.

Further, many farm workers reside in housing that is owned by the agricultural growers or company-paid-for motels, making it even more difficult for union organizers to reach them and educate them on their rights.

"Establishing truth through face-to-face conversations is very important," said Martinez, adding that access regulation has been a critical component for the United Farm Workers' ability to speak with farm workers about their rights, not just to form a union but about their workplace conditions.

Advocates of the farm workers fear that should the Supreme Court adopt the position of the agricultural growers and if their legal theory is accepted, any government-authorized visit onto business or employer land, no matter how temporary, may be ruled unconstitutional "taking." They argue that this could lead to broader health and safety consequences, including health inspectors no longer able to enter places of employment, and the prevention of restaurant inspections, foster homes and care facilities for the elderly.

"This is part of a broad and long-standing effort to weaponize the Constitution's Takings Clause against routine government regulations that protect us on a daily basis and that the Founders would never have thought had anything to do with that clause in the Constitution," Claire Prestel, associate general counsel for the Service Employees International Union, told NCR via email.

Martinez concurred, noting that libertarian organizations, such as the Cato Institute, and other right-wing interest groups see this case as an opportunity and are hoping that the new conservative majority on the Supreme Court and in courts around the country will lead to decisions that are less worker friendly.

San Diego's Bishop McElroy says it's fitting that the Supreme Court will hear the farm workers' case just a few days after the church celebrates the Feast of St. Joseph on March 19, an occasion when, traditionally, special attention is given to the role of society's workers, like that of Joseph, who was a carpenter.

"The church has an indelible commitment to workers," said McElroy. "These are workers that are essential to our economy, that put themselves out on the line and are often in very risky situations without homes of their own."

He said that the defense of worker's rights has been "one of the great elements of our Catholic tradition in the United States," noting that in California, the unionization of farm workers, under Chávez's leadership, came at a time when the church took a "very dramatic stand."

McElroy said that at the time both constituencies — the owners of the fields, as well as those working in them — were Catholic, and "the church took a very strong stand in favor of worker's rights." 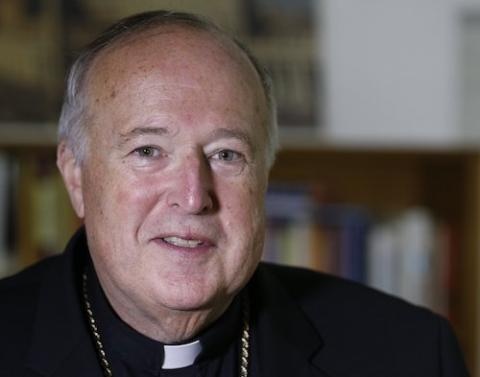 "It's a powerful vehicle for the church to get closer in proximity to those forced to live on the periphery of our society, and farm workers are some of those people," he continued, adding that it's "a rich vehicle for strengthening the connective tissue between Catholics and their neighbors."

Lety Valencia, co-director of organizing for Faith in the Valley, told NCR that in California's Central Valley, where farm workers supply 35% of the nation's vegetables and 65% of its fruits and nuts, many of the farm workers see the Catholic Church as home.

"Most farm workers practice their faith in the Catholic Church," she observed, noting that they shouldn't be seen as outside of the church but rather as the very heart of it.

Farm workers are "among the most vulnerable and disenfranchised" and lack the protections workers in other industries have, said Alex Gonzalez, a community organizer for Faith in Valley.

"We have a duty to fight for life and for God's creation," he said. "A part of that is defending the dignity of workers."

As the case heads to the Supreme Court, with implications that could have dire real life consequences for the more than 500,000 workers in the state and for worker's rights throughout the country, McKellar hopes that Catholics will be clear-eyed about what's at stake and what the church's response should be.

"The plight of farm workers must be near to the heart of the church," he said.