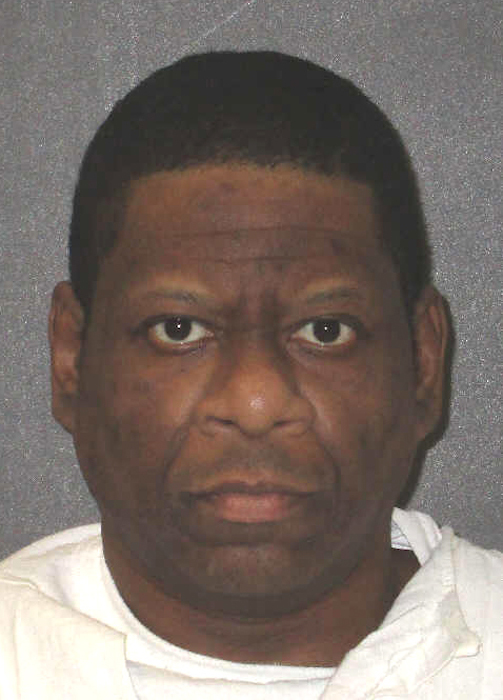 A group of Texas lawmakers and more than 2 million petition signers also are pressing Abbott to spare Reed.

The basis of their objections is that Reed, who has spent nearly 22 years on death row, could be executed for a crime he possibly didn't commit, pointing to new evidence they say could exonerate the 51-year-old convicted in 1996 of raping and killing 19-year-old Stacey Stites.

"If the scheduled execution of Mr. Reed proceeds, there is great risk the state of Texas will execute a man who is innocent of this crime while allowing the guilty party to go free," said Vasquez in a Nov. 5 statement urging the state to "further review the full body of evidence in this case."

The bishop said his prayers "remain with the family of Stacey Stites and all murder victims' families" and that he continues to "pray for healing and justice for all who have been touched by this tragedy."

The bishop pointed out that he had joined other state bishops through the Texas Catholic Conference in previously writing to Abbot asking him to grant a stay of execution.

"There are enough doubts in this case that justice dictates a careful review of the new witness statements and other evidence recently brought forward," he said, referring to recent statements from other witnesses that have implicated Stites' fiance, Jimmy Fennell, in the murder.

Vasquez said that attorneys familiar with Reed's case are "reporting they have sincere doubts the conviction can withstand scrutiny." He also noted that on Nov. 4, a bipartisan group of legislators wrote a letter urging the Texas Board of Pardons and Paroles to postpone this execution until new evidence is thoroughly vetted. The bishop said he agrees with their assessment that "proceeding with an execution without certainty of guilt will erode the public trust in our justice system."

Prejean, a Sister of St. Joseph of Medaille and a longtime opponent of capital punishment, has been drawing attention to Reed's case for the past four years on social media and has been particularly strong about it in recent weeks.

On Oct. 21, she tweeted: "Rodney Reed does not want a pardon. He wants to prove his innocence in a courtroom and clear his name. That's why @GovAbbott should grant a 30-day reprieve and instruct the clemency board to consider Rodney's case for commutation. Do not execute this innocent man."

On Nov. 6, she said that as a black man, Reed was "wrongfully convicted and sent to death row by an all-white jury after he was falsely accused of killing a young white woman who was engaged to a white policeman. The racism is undeniable."

When someone asked her on social media what they could do to help, she suggested they call the governor and ask him to grant Reed a 30-day reprieve and to direct the Texas Board of Pardons and Paroles to investigate the case for a commutation.

Catholic Mobilizing Network, a group that works to end the death penalty, similarly urged people on its website to send one of the organization's prepared letters to Texas Board of Pardons and Paroles regarding Reed.

"It is especially reprehensible that Rodney Reed could be executed for a crime that he did not commit," the group said, noting that "Reed has always maintained his innocence, yet the state has denied his requests for additional DNA testing in his case."

Its website also points out that three forensic experts had submitted affidavits stating that the originally reported time of death of Stites is inaccurate and that new witnesses have corroborated Reed's account of his relationship with the victim.

The site also contains a link to findings on Reed by the Innocence Project, a nonprofit legal group committed to exonerating wrongly convicted people through the use of DNA testing.

On Oct. 30, Reed's lawyers and the Innocence Project filed an application for clemency with the Texas Board of Pardons and Paroles following the sworn affidavit of a witness who said Fennell confessed to Stites' murder when the two men were in prison together. Other witnesses have come forward with similar statements.

Reed's lawyers also asked the U.S. Supreme Court to intervene in his case Nov. 5, pointing out that Reed had made a "comprehensive and persuasive showing" of innocence. His lawyers have also said they plan to appeal his case with the 5th U.S. Circuit Court of Appeals.

Since he took office in 2015, Abbott has stopped one execution and allowed 47 to proceed. Texas governors can delay an execution by 30 days or grant a longer reprieve or reduce a death sentence to life in prison with a recommendation by the parole board.

Celebrities who have been pleading Reed's case on social media have urged people to sign the petition freerodneyreed.com, which as of late afternoon Nov. 7 had 2,053,128 online signatures.