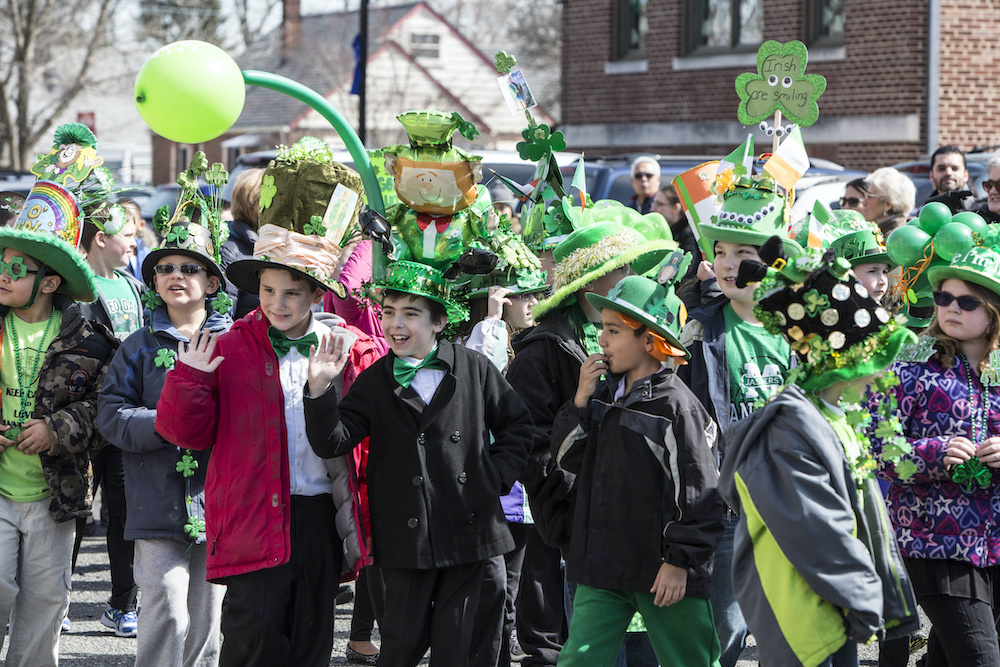 Could Catholic schools be another casualty of the pandemic?

It's too early to tell, according to Kevin Baxter, chief innovation officer for the National Catholic Education Association (NCEA), based in Arlington, Virginia.

Stories about recent Catholic school closings — Archdiocese of Newark, New Jersey; St. Louis Archdiocese; Diocese of Camden, New Jersey; Diocese of Paterson, New Jersey; and Pittsburgh Diocese — caused some to wonder if the flurry of such actions over the past two months signaled an unexpected impact of the pandemic. The economic shutdown has created massive unemployment, affecting the coffers of parishes that support Catholic schools as well as the paychecks of tuition-paying parents.

"It's a mixed picture. It's not very clear," said Baxter, the former superintendent of schools for the Los Angeles Archdiocese, the nation's largest.

The NCEA estimates that between 70 and 100 schools have been closed during the pandemic this spring. Last year, 98 Catholic schools were closed and 10 new schools were opened, sometimes resulting from a reopening after a merger with a closed school. The decline in Catholic school numbers, particularly in the Northeast and Midwest, are part of an ongoing trend, independent of the pandemic. But the current crisis doesn't help.

Baxter said that at least some of the schools closed this spring were already endangered and the pandemic had little impact on their fate.

That was the case in the Newark Archdiocese, which announced the closing of nine elementary schools it operates. The board of the independently owned and operated Cristo Rey Newark High School also resolved to close. Those schools were already in trouble before the pandemic, according to Barbara Dolan, acting superintendent of schools for the archdiocese.

"We recognize that this is an incredibly sad time for our school communities, especially during this pandemic crisis," said Dolan in a statement announcing the school closings May 7.

The archdiocesan statement said that Catholic schools in northern New Jersey are facing increased competition from public, including charter, schools, from other private schools, and from changing demographics that have contributed to decreased Catholic school enrollment.

The statement said current plans provide archdiocesan financial support to Catholic elementary schools that will total approximately $80 million for the next five years. The closed schools included those in urban areas such as East Orange, Elizabeth and Union, as well as more affluent suburbs, such as Caldwell. This spring, students were already engaged in distance learning for much of the second half of this school year, and the schools will be permanently shuttered next fall.

Stokes is a graduate of Catholic schools and wanted to share that experience with her son. She cannot blame the pandemic for the closure, she said, since the diocese indicated that the school was threatened with closure last year.

An African American, Stokes said it was important to both combine a Catholic school education with the presence of black children, who were a large part of the John Paul II School, located in a largely African American suburb in South Jersey.

"It was important that he go to a school with other children who looked like him," she told NCR in a phone interview. Willingboro, a major African American hub in the New Jersey suburbs, "had one Catholic school, and now it's gone," she said. She said the school should have done more promotion within the local black community. Many, she said, don't realize how affordable Catholic school tuition is, compared to other private schools, and that it filled a need for parents seeking childcare for children from kindergarten through grade three.

She has now enrolled her son, and his younger brother, at Sacred Heart School in Mount Holly, New Jersey, a 20-minute drive away. As an indication of how important she believes in Catholic school education, she will transport them herself until a bus can be made available.

While there are long-term issues affecting those schools in New Jersey as well as other places, Catholic school administrators around the country fear the impact of the pandemic and the economic calamity it has caused for the long term, Baxter told NCR.

Mary Pat Donoghue, executive director of the Secretariat of Catholic Education at the U.S. Conference of Catholic Bishops, credited federal aid under a pair of emergency relief bills passed early in the federal response to the pandemic-caused economic crash as helping some schools stay open.

She said the Paycheck Protection Program in particular, which allowed small businesses and schools to receive forgivable loans to keep employees on staff for up to eight weeks, "probably will keep the number of closures from being worse than it is."

The U.S. bishops conference and NCEA also have been advocating within the Department of Education to ensure that provisions for school aid in the $2.2 trillion Coronavirus Aid, Relief, and Economic Security Act, or CARES Act, are carried out, Donoghue said.

Catholic schools, said Baxter, are more likely than other private schools to educate students from low-income backgrounds. That makes them eligible for more government aid via programs directed to poor students, but also makes them vulnerable to economic downturns as parents who lose jobs are unable to pay tuition.

Catholic schools also will have to absorb the cost of extensive cleaning of classrooms to prevent infection and may well lose out on tuition, as schools may be forced to accept fewer students to maintain social distancing. Masks may well be a part of the standard issue school uniform.

Educators have responded to the pandemic with creating remote learning programs, efforts that might continue into the fall as schools reopen.

The fall, like it will for public schools, will provide a patchwork picture. Some states will reopen schools quickly, while others, more affected by the coronavirus, will have to keep their physical plants closed.

Already, he said, schools are making plans, even while the exact nature of the situation is still unknown. Administrators and principals are planning for allowing for more space in classrooms to maintain physical distancing. There may be different education shifts, with some students coming in for classroom work while others remain at home for distance learning.

The economic impact will vary as well. Some schools, particularly those in blue collar areas, will suffer as those jobs may not return in the same numbers. Other more prosperous areas, where there is more at-home work, will be less impacted.

Some regions are particularly hard-hit. Baxter noted that schools in the Diocese of Reno, Nevada, are worried about the massive unemployment there caused by the closing of the casino industry, where many Catholic school parents work. High-growth areas in the West, he said, should be less affected. But there are still many unknowns.

Catholic school teachers have been known for being comfortable in mystery, the idea that some things remain beyond human understanding. So it is with the potential of the new school year.

"There are no experts in this now. It's all new for everyone," said Baxter.