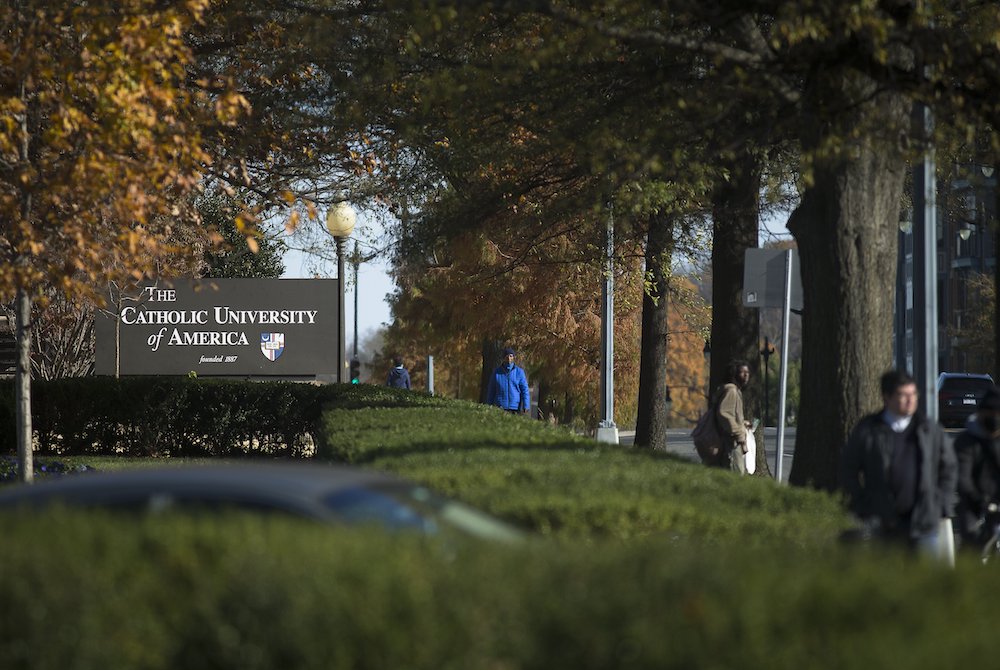 People in Washington walk near the campus of the Catholic University of America Nov. 24, 2020. (CNS photo/Tyler Orsburn)

Ryan Fecteau was on a mission when he returned to his old school for a virtual meeting in February. He was pleading for the student government at the Catholic University of America to vote in favor of an LGBTQ club's right to exist.

"I have not been this nervous to speak in years," Fecteau said, as recorded in minutes obtained from the Feb. 22 meeting.

That's a surprising statement from the speaker of the Maine House of Representatives. But before he was the speaker, he was the president of CUAllies, the Washington, D.C., school's underground club for queer students.

"If this school does not reject College Republicans or College Democrats, who sometimes have beliefs which go against the [Catholic] Church," Fecteau said, "then there is no reason to reject CUAllies as they are advocating for the respect and support of one another."

It was nine years to the day since he first convinced student leaders at Catholic University to vote in favor of his club's right to exist. Fecteau, who identifies as gay, tried for years while he was a student to convince the university administration to make the club an official campus group.

When Fecteau graduated, CUAllies was in the same position it had been when he arrived his freshman year. But when he returned to his alma mater more than 10 years later, it was déjà vu. He was back for a repeat vote by current student leaders, again fighting a small battle in the Catholic Church's debate over gay rights. 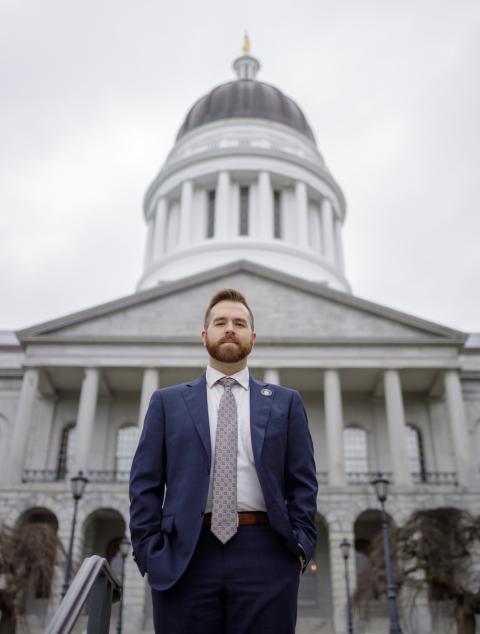 Ryan Fecteau, a former president of the Catholic University of America's unofficial LGBT group, is now the Speaker of Maine's House of Representatives. (Justin Smulski)

He hoped things would be different this time, but the only power the student leaders have is catching the administration's attention. The university president, John Garvey, gets to decide if he wants to act on the vote. So would the university kill the attempt again?

The reason CUAllies was forced underground is a complicated story. Six U.S. cardinals sit alongside wealthy donors on the university's board of trustees. Republican juggernauts like the Koch Brothers fill the university's coffers, which may be part of the reason the school is often seen as more conservative than its peers.

The other reason is that the school isn't run by a religious order but instead is the only American university with a pontifical charter, tying it directly to the Vatican. So, whatever Garvey's personal opinions may be, powerful forces pushed CUAllies underground.

Beyond the college campus, generations of Catholics have grappled with the issue of LGBTQ rights. The church became a leading opponent of queer unions as the gay rights movement dawned in the 20th century.

Pope Francis has offered contradictory statements about gay rights. The pope said in a 2013 conversation with journalists that "if a person is gay and seeks God and has good will, who am I to judge him?" His bombshell statement ignited hope for queer Catholics, but the Vatican squashed that sentiment in March when it decreed that priests could not bless gay unions.

Catholic University has seen several iterations of unofficial LGBTQ clubs over the last half-century, said Emily D'Antonio, the outgoing president of CUAllies. The school was founded by the U.S. bishops under a charter from Pope Leo XIII in 1887.

CUAllies has existed since 2009. But because the club isn't official, its members had to meet off campus. They used to gather in Starbucks, Barnes & Noble and other spaces not owned by the school. The group didn't start meeting on campus until 2017, when two university offices lent the club spaces to meet. The group currently has about 25 members.

CUAllies doesn't get any money from the school, D'Antonio said. The club has to raise its own money; it raised over $1,700 in its last online fundraiser. A lot of the donations come from alumni. CUAllies also sells merchandise to fund events and pay for speakers.

The group is banned from hanging posters with its logo on campus, said Marina Massaroni, the club's outgoing vice president and communications director. That means official clubs that organize events with CUAllies can't advertise any affiliation with the group. 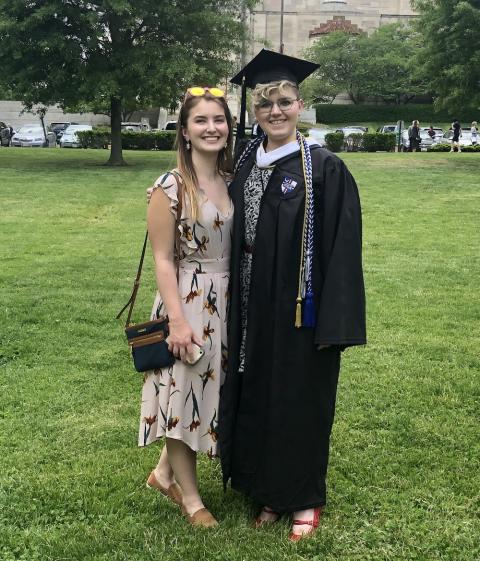 D'Antonio went to a Catholic high school in Philadelphia that never addressed sexuality or queer ideology. CUAllies was the first group where D'Antonio found a place for LGBTQ people.

"When I was 13, I realized that I identified as bisexual," said D'Antonio, a senior psychology major. "I never had a group where people were also like me, until I got to college."

D'Antonio joined the club as a freshman in 2017. Massaroni didn't join CUAllies until her junior year, at D'Antonio's beckoning.

"When I first started identifying [as asexual], I did not know fully what that meant," said Massaroni, a senior architecture major. "So having this group and getting to hear other people's experiences was really great."

"The recognition of CUAllies would be a public endorsement of non-Catholic values," said Joseph Galassi, a senator in the student government, according to the meeting minutes.

Sophia Marsden, a student government senator and member of the club, said she drafted the legislation for CUAllies because she believes queer students deserve the right to a club on campus.

That's what she told the student government on that February night. Most of the student leaders agreed, voting 22-3 in favor of the club.

By casting their approving votes, the student government kicked the issue to Garvey's office. He was the same president in charge when Fecteau led the club a decade ago.

Fecteau now advises the club from afar. He said he recently offered a "dose of reality" to the club leaders: He doesn't think the university will ever recognize the club.

"I don't think that will change unless there's some legal action taken against the university," Fecteau said.

It's been three months since the student government vote. Their decision, once again, was overturned in the school president's office, according to D'Antonio. University officials told the club's leaders at the end of the school year that they were denying the group recognition.

The university did not respond to multiple requests for comment.

Despite the administration's denial, CUAllies is continuing its fight for the right to exist on campus. They meet on Zoom these days, since the pandemic forced everyone inside, but they're responding to the university's stony silence by speaking out.

"What are they going to do, kick us off campus?" D'Antonio said.

[Alyssa Lukpat is a freelance journalist based in New York. She is a master's student at Columbia Journalism School and a graduate of Northeastern University. She has reported breaking news at the Boston Globe and the News & Observer and will be a fellow at The New York Times this year.]