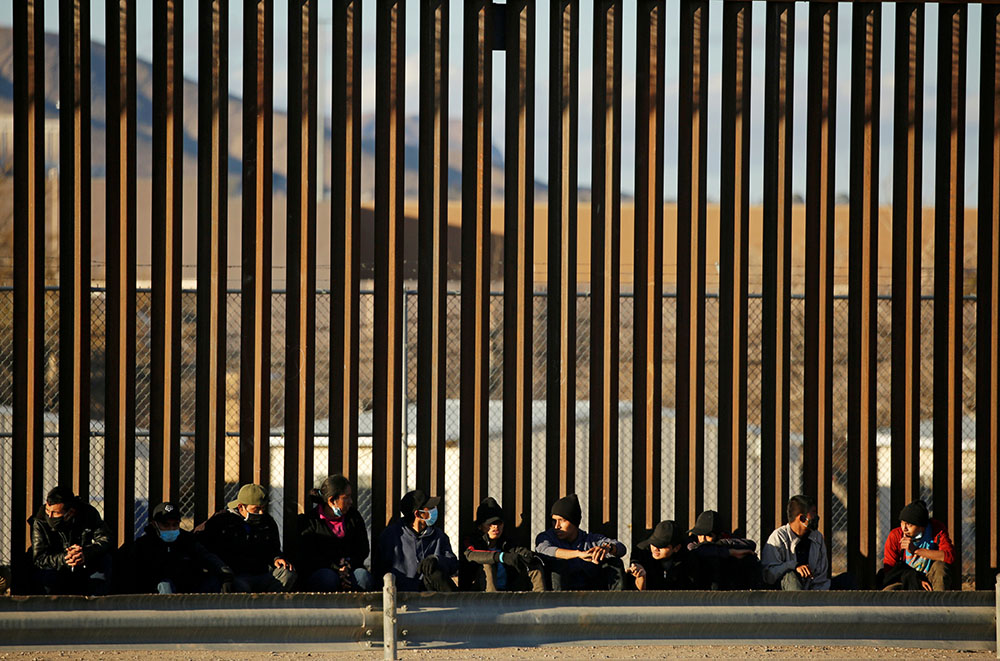 Migrants from Central America seeking asylum in the United States turn themselves in after crossing into El Paso, Texas, Jan. 22. (CNS/Reuters/Jose Luis Gonzalez)

While most young adults look to the entertainment industry for models to emulate, 23-year-old Elyse McMahon turns to a more idyllic model: the Beatitudes.

Gleaned from 16 years of Catholic education, she calls the Beatitudes her "guiding principles to live by." They form her decisions and led her to El Paso, Texas, where she's serving as a legal assistant for Las Americas Immigrant Advocacy Center during a yearlong internship with the Loretto Volunteer Program. As a white female raised in Ohio, McMahon knew she'd be in the minority in El Paso, where more than 83% of the population is Latino. But she made a conscious choice "not to overstep, but take a backseat and listen to people's needs."

McMahon joins numerous Catholic women, with strong roots in faith formation, who've come to this border city to live out a call that they say honors the sacredness and respect for life their faith teaches. For American women, identifying as Catholic can be troublesome in a political climate where being pro-life reigns as the sole issue connected to one's religion. But how these Catholic women, who range in age from 20s to 70s, define "pro-life" goes far beyond a single issue.

Steeped in Gospel teachings from a young age, through their home life, Catholic education and exemplar role models, they share several commonalities, including leaving comfortable, middle-class lives to accompany the most vulnerable.

"I was taught with a lot of real-person examples of what living the Gospel is," said 25-year-old Alexandra "Alex" Fath, a paralegal at Las Americas who attended Beaumont School for Girls in Cleveland Heights, Ohio. Founded by Ursuline nuns, the school's faculty had included Sr. Dorothy Kazel, a missionary who was martyred in El Salvador in 1980. Kazel's life of service is taught to students "in such a personal way that I understood the impact of my upbringing," Fath said. 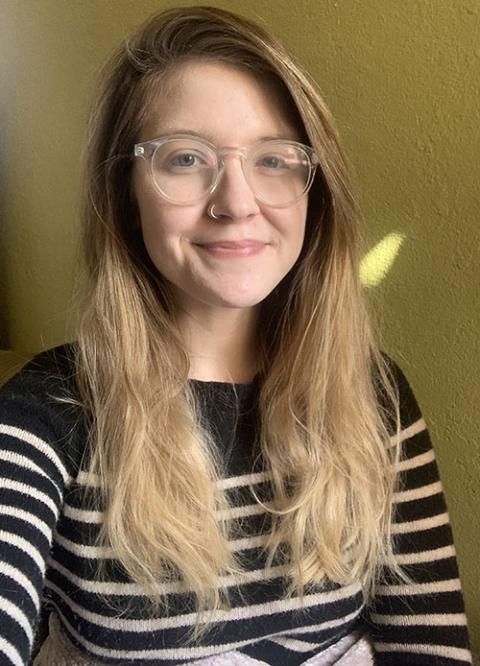 At Xavier University in Cincinnati, Jesuits further strengthened that connection, challenging Fath to be an engaged citizen. While majoring in international studies, she participated in a one-week immersion trip to El Salvador that "cemented" her desire to work in immigration after clearly seeing the U.S. influence in Central America.

Eighteen years of Catholic education was "the best foundation and definitely the catalyst" for enabling Fath to make the tough decision to move to El Paso in January 2019, leaving a position with a private attorney. She took a significant pay cut, with more hours, to join Las Americas, where she'd volunteered a year earlier during the family separation border crisis.

The bottom line was "I felt called, and I didn't know who I would be if I didn't go back to Las Americas."

McMahon was following a similar pattern. While studying at a Jesuit high school, she was introduced to Catholic social teaching and human rights, then followed in her mother's footsteps, attending the University of Dayton, Ohio, in the Marianist tradition. Motivated by her faith to see Christ in others, she joined a homeless ministry in high school and spent a college summer living in Appalachia as part of a 50-year-old program rooted in relational service.

Through these personal encounters, what she had been taught — that every life is sacred — became clear. In her junior year, El Paso gained a special place in McMahon's heart after she spent two weeks there interviewing people who effected change, as part of the Moral Courage Project. These experiences, combined with her growing disturbance over unjust immigration policy, instilled her interest in immigration advocacy and education equality. 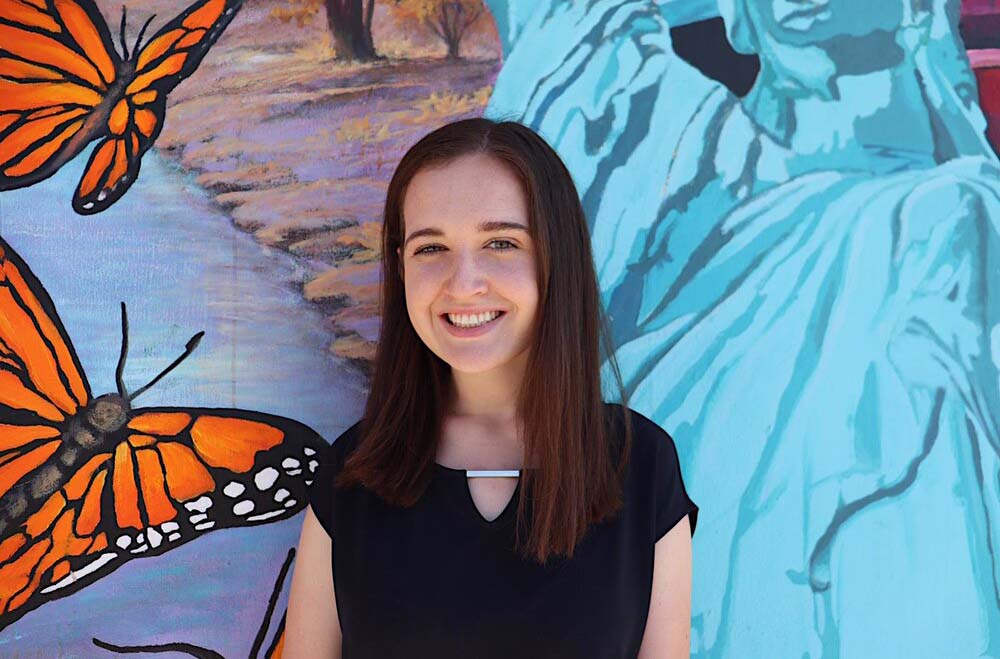 Lest anyone think Fath and McMahon's generation were taught some new, progressive Catholicism, Carol Zuccarino and Pat Delgado — women at least 50 years their senior — received the same Catholic teachings through their college years. Zuccarino studied with the Sisters of St. Joseph at Chestnut Hill College in Philadelphia, and Delgado became inspired at Washington, D.C.'s Georgetown University, where Jesuit Fr. Richard McSorley preached on the Selma March and the Vietnam War. Such faith-based examples led both women to the Peace Corps. And eventually to El Paso.

Delgado's El Paso entry came via California where she worked for Cesar Chavez and met her future husband in a United Farm Workers' picket line. She followed her husband to the El Paso/Juárez border, became immersed in the Mexican culture, and felt immediately at home, further expanding the faith of this East Coast Anglo girl.

After being widowed for the second time, Zuccarino, a former Maryknoll lay missioner, upended her life in Virginia, sold her home and followed a call to "come to the border." She's currently volunteering at Annunciation House, a nonprofit that provides hospitality to migrants and refugees. 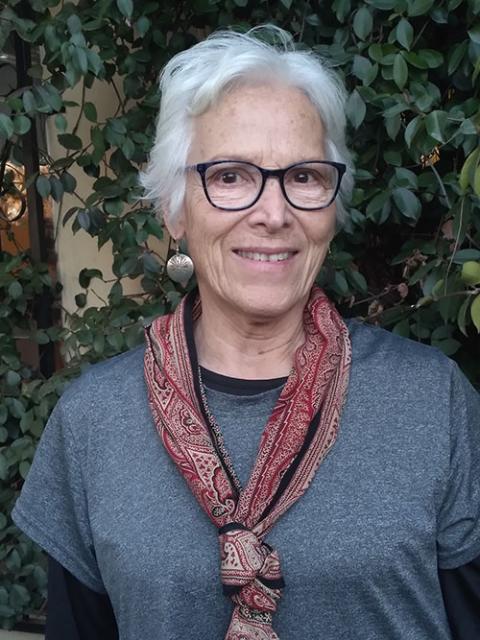 With ports of entry still closed to asylum seekers, people are climbing — and falling from — the 18-foot border wall, resulting in cervical fractures and broken bones that require hospitalization. Upon their release, they're brought to Casa Oscar Romero, where Zuccarino and fellow volunteers provide rehab and listen to their stories. After years of living in Bolivia, Zuccarino, at 76, said what feeds her now is "just being here and feeling humbled and privileged by being able to do this work."

Heidi Cerneka, another Maryknoll lay missioner, attended Catholic schools up through a Jesuit-run grad school. Although she knew this intuitively, when Cerneka studied religion at St. Mary's College, she "started to realize there's actually official legitimate Catholic teaching that says we're supposed to care about justice and care for my neighbor."

She took that dictate seriously, spending many years in Brazil, Belize and Kenya before obtaining a law degree from Loyola University Chicago to represent asylum seekers in El Paso. Aware of the great need for immigration advocacy and the harm that government policy had inflicted, Cerneka came with "an obligation to listen first and have my opinion formed by people of color from the community who have lived experiences different from my own."

The dignity of human life

Rooted in prayer, community service and Gospel teachings, these women actively live what the Catholic Church proclaims and what the U.S. Conference of Catholic Bishops' website heralds, "that human life is sacred and that the dignity of the human person is the foundation of a moral vision for society."

And, for these women, that translates into being "pro-life." 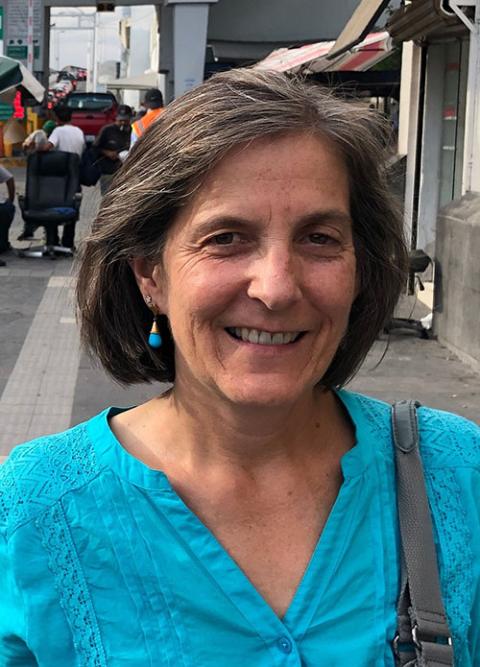 In her challenging work as an immigration attorney, Cerneka faces human rights abuses regularly. "To me, being pro-life is about life with a capital L. Life in abundance. It's believing that everyone has the right to safety and security and happiness."

For Fath, it's even simpler. "I believe every human life deserves respect. God is in everyone, and you don't get to pick and choose who has value."

In her profession, Fath sees the ripple effects of domestic violence, which she calls a pro-life issue. "It's a cycle of intergenerational trauma and violence that affects so many women and children every year. And it's multifaceted."

As McMahon learned more about issues affecting the marginalized through her Catholic studies, she became uncomfortable with those who made abortion the only pro-life issue. At her local parish, she had been told that "pro-life was the most important issue and I didn't need to worry about social justice issues. That message was ignoring all that I had been learning."

Facing her first presidential election in 2016, McMahon had to do a "major inner reflection" as to what was most aligned with her beliefs and with Jesus' teachings that she had studied throughout her Catholic education.

For Delgado, the death penalty is a major pro-life issue. It wasn't until after she had raised five children and her parents had died that Delgado became more active in her faith beyond attending Mass. In El Paso, she discovered a deeply connected multicultural Catholic network of organizations, priests, sisters and lay missioners, all working in solidarity with the most vulnerable, voiceless populations. That led her to oversee El Pasoans Against the Death Penalty and the local Pax Christi, and get involved in the Restorative Justice Ministry at her parish, Christ the Savior. 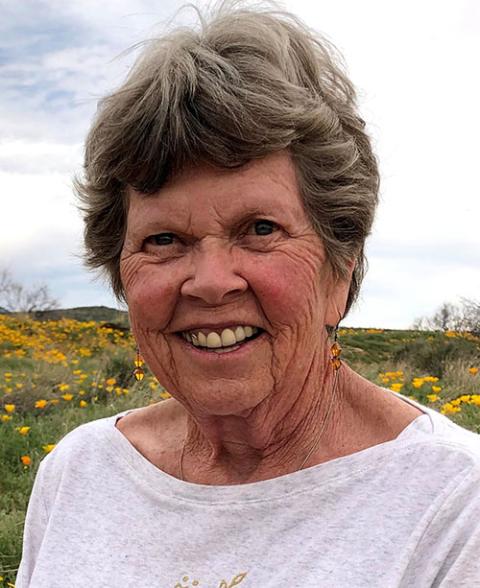 The more she learned about prisoners on death row who'd been wrongly convicted, the more passionate she became. And she's supported by El Paso Bishop Mark Seitz, who is not just heavy on the pro-life abortion issue, but immigration and the death penalty as well. In "Night Will Be No More," his pastoral letter to the people of his diocese after the Aug. 3, 2019, massacre of 22 people in El Paso, he confronted the evils of racism that have long been part of the experience of many Hispanics. And he has testified before Congress on the root causes of migration. Having the courage to speak out for human dignity, Seitz is a pro-life advocate in Delgado's book.

Grounding in the Holy Spirit

Every morning before opening her laptop to delve into distressing cases of asylum seekers languishing in detention, Cerneka spends 30 minutes praying and reflecting, then joins her housemates in their backyard chapel for meditation. It's her way of spiritually grounding to meet the unbelievable odds she faces in winning asylum cases in El Paso where more than 95% are denied.

On the city's northeast side, Delgado starts her day with coffee, Scripture reflections and the Give Us This Day missalette before organizing Zoom meetings, peace vigils and a monthly Pax Christi newsletter.

Delgado held regular in-person vigils and demonstrations against war, the border wall and the death penalty before the pandemic hit. Now she offers prayer vigils via Zoom for Texas death row inmates, which involves researching the person being executed and creating a reflection she changes up every time. Texas has kept Delgado busy, scheduling one execution every month for the first six months of 2021. And somewhere during her morning and evening, she offers intercessory prayer.

Midcity, not far from the detention center, Zuccarino does a morning reflection, using a Jesuit meditation or Mass readings for the day, before entering into centering prayer. Sometimes she prays the rosary while out walking.

For Fath, it is spiritual relationships, her connection with community, that offer the most support. She often turns to the writings of St. Óscar Romero and prays with Bishop Ken Untener's "A Step Along the Way" that is plastered to her bedroom wall.

She needs such grounding practices because it's easy to unravel or feel overwhelmed while encountering daily suffering. Yet, she said, "I'm able to feel proud of the work I do and have a deeper connection to it because of the foundations that were taught through my Catholic upbringing."

McMahon can relate to that sense of smallness in the face of suffering. "Sometimes I feel like I can't effect change working in immigration because so many injustices are working against it. My faith allows me to see that there's a much bigger picture in working alongside other advocates. If Christ were living here today, he would be an advocate for immigrants."

As she prays, through reflection and journaling, McMahon discerns how to tie her faith into her work. But her litmus test is the first Beatitude. "It's one of my favorite prayers of seeing God in the people I accompany."