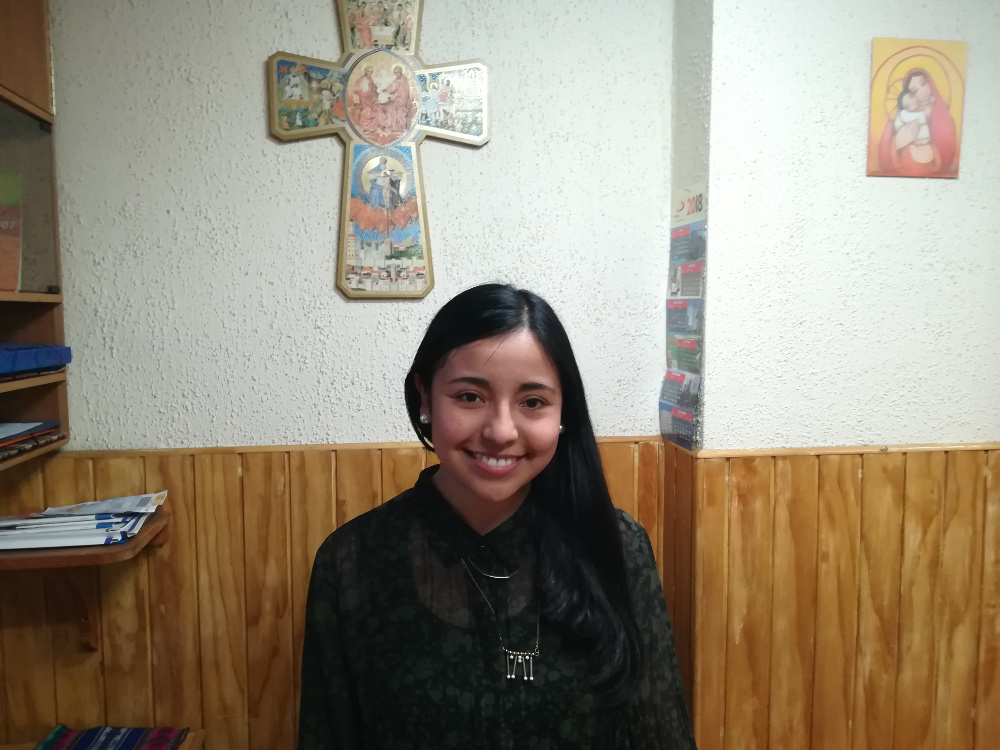 Chilean Catholics are training clerics and parishioners in abuse prevention and counseling victims, but not just abuse in church settings.

The training looks at abuse in relationships, at parties, on social media and also among people in positions of power, such as clergy. Thirty-three youth workers from different parishes in the south of Santiago have signed up for the sessions.

"We're running a pilot scheme for a week which focuses on abuse among young people," Carriman told Catholic News Service. The workshops will then be rolled out during summer camps in January and February.

She said parishioners and youth workers are seeking out the training, because there is not enough information about how to deal with sexual abuse.

"Tonight we're looking at the abuse of conscience, situations where people in power take advantage of young people and normalize behavior that isn't appropriate — like priests meeting young people in private at their home or giving them rides home," said Carriman.

Changing the culture is urgent in Chile. In recent months, prosecutors and police have made raids on church offices and seized records. Currently the authorities are investigating 167 people connected to the church. Nearly half of the 178 victims were minors at the time of the alleged offenses. Earlier this year, Pope Francis sent two special envoys to investigate the situation.

But the trainings are not just about the clergy; domestic abuse has been an issue in Chile for decades, and the church wants to give practical advice on how to tackle it on all levels.

"These sessions have been really useful. They've taught me how much we accept behavior that isn't right, like boyfriends being too controlling and calling it love and mothers bringing their children up to be sexist by saying things like it's girl's work," said María Rojas Fuentes, one of the youth workers taking part in the training. She comes from La Pintana, the parish next door to the sanctuary. It's a tough place where young children roam the streets at 11 p.m. and alcohol, drugs and crime are rife.

Paulina Perez is helping Carriman with the workshops. She's a psychologist who was asked by Santiago Cardinal Ricardo Ezzati to roll out a series of measures, including the workshops, to prevent abuse and promote best practices in pastoral care across the Santiago Archdiocese. She told CNS it's a gradual process, but vital that the clergy and youth workers have the right tools and techniques to carry out their work, detect abuse and treat people in the right way.

"My generation are part of the children of (Gen. Augusto) Pinochet's military rule. That makes it hard for us to open up and talk about things. But with the new generation of young people like Camila (Carriman), things are changing. They're not afraid to confront authority and change things. We're in a crisis and we need to live it deeply and learn from it and open up and change," said Perez.

Across Santiago, next to the colonial ornate cathedral on the main square, Fr. Francisco Ibáñez, a psychologist, told CNS about his work with the abused, the abusers and seminarians.

"I work with people from all areas of life, not just clerics. Some of them are abusers, and for them it's important they accept and recognize what they did was wrong," he said.

Ibáñez said Chileans should not continue to tolerate cultural behavior and talk about "the over-affectionate uncle with the long arms" and make jokes about it. If someone commits a crime, they need to be named and shamed, he said.

The priest said it is especially hard for victims, who often take years to seek help. They talk to him about depression or stress and then discover the real issue is abuse.

"First, they need to accept what happened to them and stop blaming themselves for it — then they need to work out, with our guidance, how to get on with their lives and take responsibility for their happiness and change their narrative," he said.

It's a long and difficult process that requires a highly trained team of people. Ibáñez also works with seminarians, and during the training they learn to look at their consciences.

"The seminarians need to be able to understand their need for affection and where they can find that with their family and colleagues, but not in the wrong way. They shouldn't think they are all powerful and will never have problems."

Ibáñez said stress can get to people, and they react in the wrong way and can end up committing a crime. He disputes the idea that a lot of the problems in the church are because priests are celibate and points out that, statistically, abuse is more often carried out by married people. He said the real problem is that the church was always trusted and admired, and it has lost its moral standing and good reputation.

He's determined to change the culture and create Catholics — both clerics and parishioners — who are responsible for their deeds and "would never do anything in private that would be an issue if they did it in public as well."

For Ibáñez, Perez and Carriman, it's all about putting Jesus at the center of what they do.

"Taking part in these workshops people that need their faith to get through their daily difficulties," said Carriman.