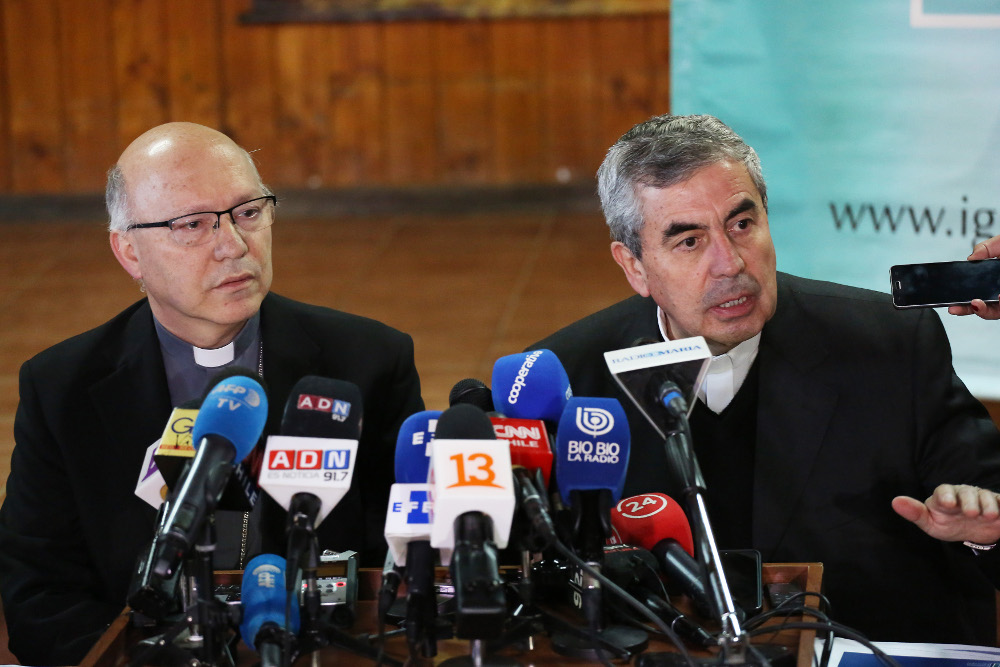 Chile's bishops acknowledged they had "failed to fulfill our duty by not listening, believing, attending or accompanying the victims of grave sins" after a five-day meeting to discuss the clergy sexual abuse crisis rocking the country.

Bishop Santiago Silva of the Military Diocese of Chile, president of the bishops' conference, also apologized to abuse survivors for the bishops' failure to "react in time to the painful sexual abuse and abuse of power and authority" as the general assembly concluded Aug. 3 in Punta de Tralca on the Pacific Coast.

He outlined a series of steps the bishops would take as they released "Declaration, Decisions and Commitments of the Bishops Conference of Chile," a set of national guidelines for responding to abuse allegations. The guidelines were developed during the assembly.

Besides asking for forgiveness, the bishops expressed their "repentance" to those who have accompanied the victims: "to their families, to those who have made responsible efforts to seek justice, reparation and purification, and to the hundreds of consecrated persons and laypeople who are daily witnesses to the love, mercy and redemption of Christ and who are affected in their ministry because of errors, sins and crimes committed."

Among the decisions reached, the bishops said they would collaborate with public officials in releasing information about the sexual abuse of minors. In the past, the church has been accused of covering up or withholding information.

The bishops also confirmed that all previous investigations of alleged sexual abuse of minors carried out in their jurisdictions will be disclosed.

In addition, the bishops said they were looking for new ways to interact with their parishioners. They have pledged to "increase their availability to meet personally with victims of abuses committed by clergy in their jurisdiction."

In recent weeks, the National Prosecutor's Office of Chile has raided church offices and launched an investigation into cases of alleged sexual abuse involving 158 church officials.

Every Chilean bishop in May offered his resignation to Pope Francis after a three-day meeting at the Vatican to discuss the clerical sexual abuse scandal detailed in a 2,300-page report compiled by Archbishop Charles Scicluna of Malta and his aide, Fr. Jordi Bertomeu. To date, the pope has accepted the resignations of five bishops.

Cardinal Ricardo Ezzati of Santiago has been summoned to speak with prosecutors Aug. 21. Investigators are looking at claims that the cardinal and others covered up information about the 14 priests accused of systematically abusing minors. Critics have demanded that Ezzati resign and protesters have disrupted his Masses at the cathedral in Santiago.

When asked about working with the national prosecutor, Ramos, bishops' conference secretary general, said that "there is a before and after, it is a turning point. We want to express our willingness to collaborate with the powers of justice in what is possible."

"This is why we are going to sanction an agreement with the National Prosecutor's Office, in order to find the means by which both institutions agree," he said. "The law does not establish an obligation to us, but we want to deliver the maximum amount of information in order to help children who have been affected, we have to see how to do this to deliver the maximum collaboration with justice."