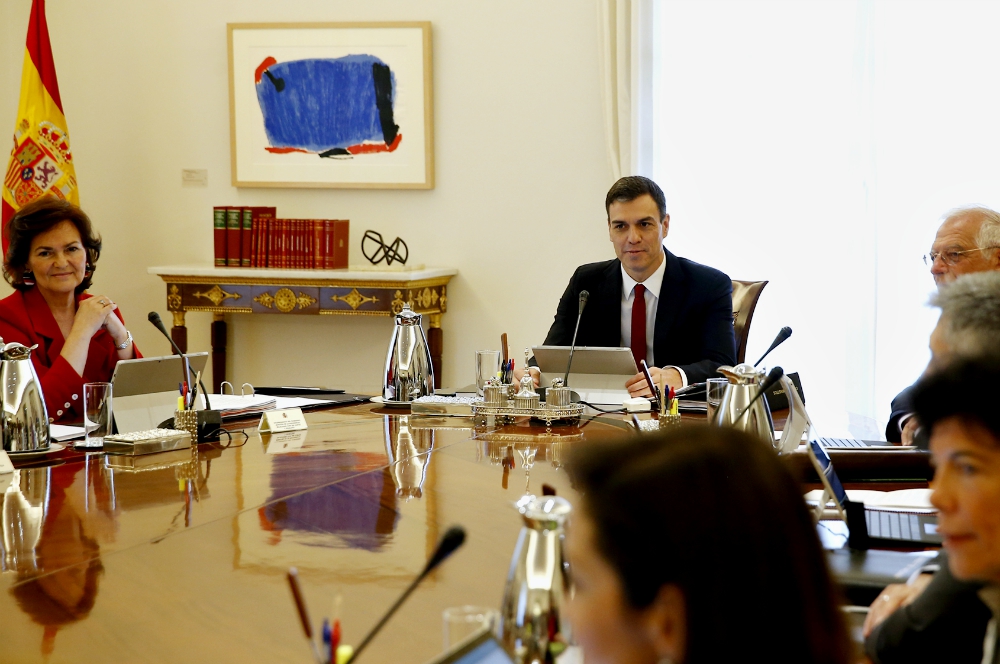 When a new Socialist prime minister took office in Madrid June 2, Spain's predominant Catholic Church was careful to pledge its readiness to cooperate wherever possible. But within days, as tensions ignited over Pedro Sánchez's plans, many Catholics wondered whether past conflicts were fated to return.

Since then, as Spain's new-look government sets to work, the predictions of trouble have calmed.

"It's true, Sánchez has talked about legalizing euthanasia and curbing religious education — but until he gains a stronger majority with new elections, these radical proposals are unlikely to be implemented," explained Ricardo Benjumea de la Vega, director of the Madrid Archdiocese's Alfa y Omega weekly. "The church wants to work with any government, as it always does, especially at local level. So we'll be counting on reaching accord — relations with Socialists don't have to be bad."

Sánchez, a 46-year-old economics professor, was sworn in after a censure motion over corruption brought down the center-right Mariano Rajoy — the first time such a motion had been used to unseat a government since the 1977 restoration of democracy.

But with Sánchez's Spanish Socialist Workers' Party claiming just 84 places in Spain's 350-seat Cortes Generales, and relying on support from Catalan and Basque nationalists, the new prime minister will have trouble honoring his key pledge to tackle "pressing social needs."

Unemployment stands at 16 percent in Spain and runs at more than a third among young people, while a decade of austerity policies, imposed by the European Union and International Monetary Fund, have eroded social services and health care. The country was left with a weakened infrastructure and a historically low birthrate, according to data released June 19 by Spain's National Institute of Statistics.

In an apparent world-first, Sánchez named women to two-thirds of the 20 posts in his government, including defense, justice and economics, winning plaudits from Spain's center-left El País daily for a "symbolic new beginning."

He also broke with tradition and made a gesture to secularists by declining to have a Bible or crucifix present when swearing his inauguration oath before King Felipe VI.

Undeterred, the president of the Spanish Episcopal Conference, Cardinal Ricardo Blázquez of Valladolid, wished God's help on Sánchez in serving the country's "unity, prosperity and social cohesion" and reiterated the church's readiness to "collaborate sincerely in service to the common good."

Other church leaders, such as Bishop Adolfo González Montes of Almeria, played down Sánchez's "personal decision" to avoid a religious oath, while Catholic family and education groups dispatched open letters urging him to place national interests ahead of political ideologies. 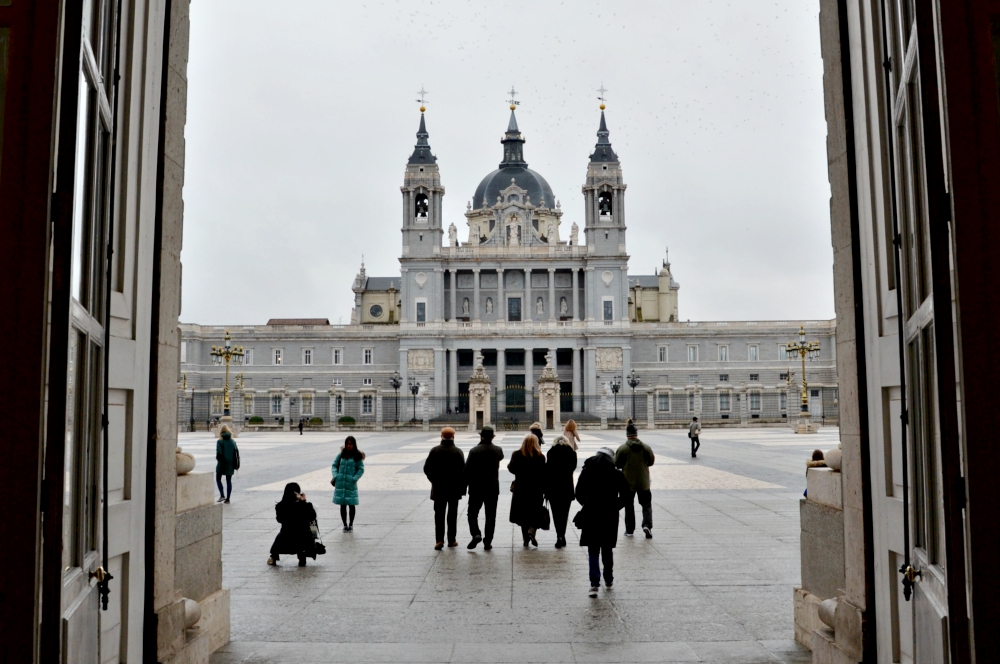 The Cathedral of Our Lady of La Almudena is seen in Madrid in January. (Wikimedia Commons/Steven Lek)

Sánchez, a self-declared atheist, has campaigned for an end to state funding for school religion and the removal of Christian symbols from official ceremonies and institutions, as well as for steps to ensure no denomination enjoys "preferential treatment."

The Socialist Workers' Party has committed itself to legalize euthanasia, strengthen the rights of LGBT groups, and to ensure all "ideological, religious, cultural and gender convictions" are equally respected.

Meanwhile, the new foreign minister, Josep Borrell, has served notice the government will re-examine Spain's 1979 agreements with the Vatican on the church's legal, economic, educational and cultural status, telling La Sexta TV channel in his first live interview that the government would "take the state's secularity seriously."

When Guardia Civil police moved on the orders of a local Socialist mayor to demolish a memorial cross in Castellón on June 6 — defying a petition by 13,000 local Christians — it was widely seen as heralding in an anti-church campaign.

Since then, attempts have been made on all sides to calm misgivings and offer reassurances.

Spain's Catholic Vida Nueva weekly has urged Sanchez not to make the mistake of believing his parliamentary ouster of Rajoy's conservative Partido Popular signifies a wider popular wish for radical social change. But the publication also advised the church to look for "potential meeting points" with the "intelligence, wisdom and evangelical outlook of Pope Francis," and avoid "closing in on itself in isolation from society."

"The Church can't and shouldn't take up the role of political opposition, or fall into the trap of being seen as such," the publication cautioned in early June. "Responding with confrontation, getting entangled and entrenched in self-defense could have lethal consequences, enabling the church to be dismissed as a reactionary institution by a large part of society."

"If there's such a thing as Catholic opinion here, it's highly divided, particularly on the kind of issues the new government seems intent on raising," he told NCR. "But for now at least, I don't think people like Cardinal Blázquez need worry. Sánchez's team includes some moderate figures, and even if it retracted Spain's agreements with the Vatican, it would have to replace them with something to guarantee the same rights and freedoms. If it hopes to win a coming election, meanwhile, it'll also have to maintain a moral position and avoid big radical moves which could become big failures."

Some anxieties look set to persist.

When the Socialist Workers' Party was last in power under Prime Minister José Luis Rodríguez Zapatero in 2004-11, it clashed repeatedly with the Catholic Church over the party's secularizing reforms, which included relaxing Spain's divorce and abortion laws, and legalizing same-sex marriage. The party was also accused of violating 1979 agreements between Spain and the Vatican by failing to provide religious and moral education in schools.

Today, too, Sánchez may calculate that some limited feuding with the church could help him assert his radical credentials and garner support from the left-wing rival party, Podemos.

Although four-fifths of Spain's 40 million inhabitants still nominally belong to the Catholic Church, only a small proportion attend Mass, according to Madrid's Social Research Center. Meanwhile, the average age of clergy in the church's 23,019 parishes stands at around 65, and many of its 70 Catholic dioceses currently have no priestly vocations or seminary admissions. 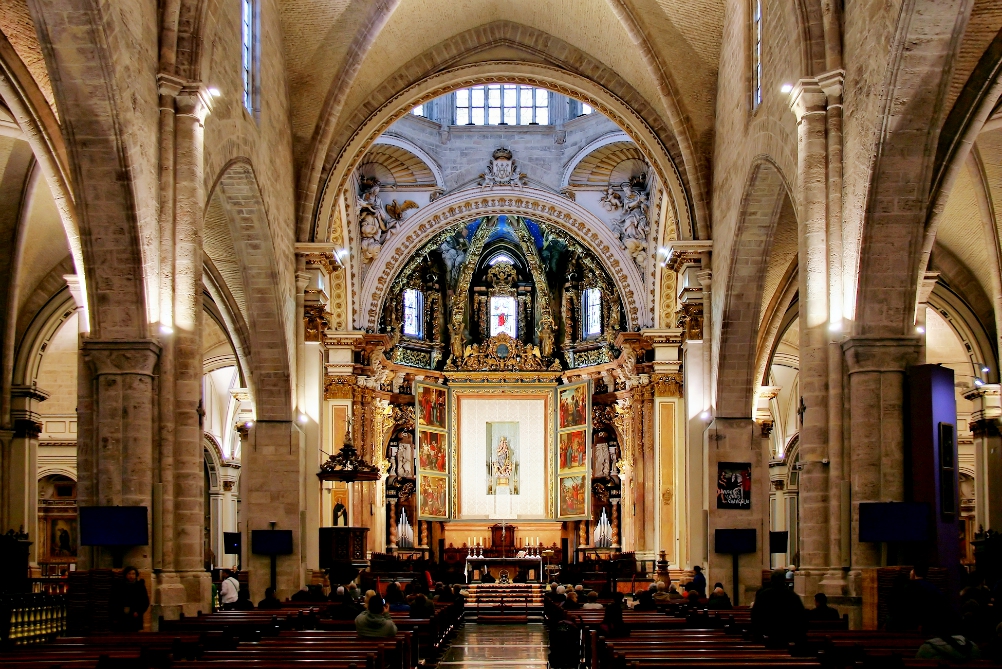 In its annual report, published on June 14, the Spanish bishops' conference highlighted the "diversity and breadth" of the church's action nationwide. In just six years, its social and welfare centers had almost doubled to more than 9,100, while almost 1.5 million students attended its 2,591 schools, with higher than average results. More than 8.5 million citizens assigned part of their taxes to the church, a sign of the value attached to its public mission.

The report urged Spanish society to "abandon judgments and stereotypes connected with the past," and become more aware of the church's "important work" in caring for refugees, the unemployed, homeless, drug addicts, and victims of violence and trafficking, as well as in its hospitals, orphanages and care homes, in conservation and environmental protection.

"The church is a great family we all fit into — and its doors are always open," Blázquez insisted in a June 19 speech. "If people look without prejudice at its disinterested work in society, they'll discover a humanizing effort that respects and safeguards human dignity — that dignity that nothing and nobody can take from us."

Even if he seeks to avoid polarizing divisions, Sánchez looks to prove controversial.

In his first TV interview on June 18, the new prime minister announced plans to remove the remains of Gen. Francisco Franco, the dictator who ruled Spain for four decades after its 1936-39 civil war, from a state-funded mausoleum at the Valley of the Fallen, northwest of Madrid. Sánchez plans to transform the site, where 34,000 victims of war lie buried, into a "memorial to the victims of fascism."

Youth take pictures of Pope Francis as he arrives for a meeting in Santiago, Chile, Jan. 17. (CNS/Reuters/Alessandro Bianchi)

The Valley, constructed largely by political prisoners, includes a 500-foot stone Catholic cross and pontifical basilica. Franco's descendants have already sought church and Vatican support to prevent his exhumation, a move opposed by Partido Popular and other conservative groups.

Sánchez will also face problems if he offers concessions to politicians in Catalonia as a price for their support, at a time when the pro-independence feeling is still running high and nine deposed officials await trial for rebellion this fall.

Sánchez will also have trouble following through on Socialist pledges to improve living conditions.

Under Rodríguez Zapatero, the government sliced more than $17 billion from Spain's state budget, freezing pensions, cutting care for children and the elderly, and making it easier to lay off workers — while the public fury over spiraling unemployment swept Rajoy and his conservatives to power in 2011.

Facing those challenges could provide a reason for conciliating rather than confronting the Catholic Church.

When the new government allowed a refugee boat, the Aquarius, to dock at Valencia on June 17 after it was refused entry to other ports, Valencia Cardinal Antonio Cañizares and other church leaders welcomed the move was as a great humanitarian act. De la Vega thinks the high-profile Aquarius gesture sent positive signals about shared values and priorities.

Several Catholic dioceses, including the Valencia Archdiocese, are currently planning centenary commemorations of Spain's dedication to the Sacred Heart of Jesus. Meanwhile, the Madrid Archdiocese, at the heart of government, is celebrating a Marian Jubilee Year, in a public reminder of the church's role in national life.

Although previous Socialist politicians have feuded with the church over their secularizing liberal projects, they've also been able to reach agreements in areas such as fiscal rights, while it was a center-left government under Prime Minister Adolfo Suárez that negotiated the 1979 Vatican agreements with Spanish Socialist Workers' Party support.

Socialist leaders may seek public backing with promises of greater personal freedom and choice. But they won't always have the will or capacity to take those promises forward into legislation — at least until they gain a firm majority.

"Socialist ideas and initiatives are constantly evolving, so this new government won't necessarily have much in common with its predecessors," de la Vega told NCR. "Of course, gesture politics can be useful for sending messages and gaining support. But when it comes to practical changes, we shouldn't expect any major moves unless and until this new government acquires a much stronger position."