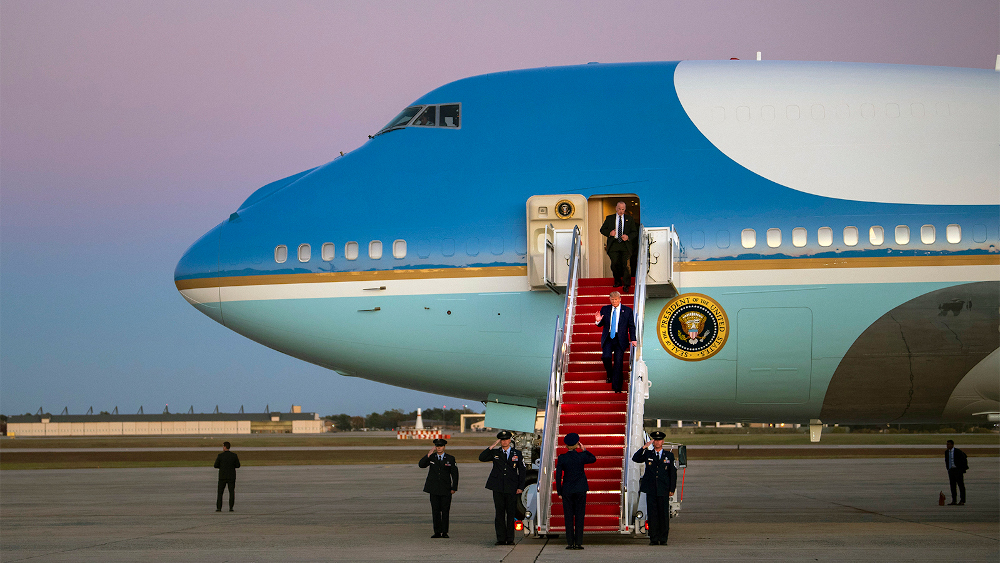 When asked what it would take for candidates to court the Hispanic evangelical vote in 2020, the Rev. Gabriel Salguero, president of the National Latino Evangelical Coalition, refused to limit his answer.

"We're pro-life. We want criminal justice reform. We want educational equity. We want a healthy economy," he told Religion News Service this week, noting that members of the faith group also feel strongly about immigration and foreign policy. "Because we're not one-issue voters, people think if they come to us with talking points they're gonna get us — no."

He added: "They need to have a holistic agenda that addresses the variety of issues that are important to us, both as evangelicals and Hispanics."

Such is the unique challenge of courting Hispanic evangelicals, also often identified in polling as Hispanic Protestants, an often overlooked religious group that may achieve new significance this election cycle as it occupies increasingly rare status in American politics: a swing vote.

Campaigns and political parties have historically focused on courting Hispanic Catholics, who make up a sizable percentage of Hispanics overall — a demographic referenced by former U.S. Secretary of Housing and Urban Development and current Democratic presidential hopeful Julián Castro in the early days of his campaign.

But according to a recent Pew Research survey, Catholics no longer represent a majority of Hispanics in the U.S., dropping from 57% to 47% over the past decade. Meanwhile, the portion of Hispanics who identify as Protestant has remained roughly the same, growing slightly from 23% to 24%.

Equally important as the group's sheer size, which is slightly less than 4% of the total U.S. population according to the Public Religion Research Institute, is how those within it tend to fall outside traditional partisan boundaries in surveys, expressing support for policies popular among both conservatives and liberals alike.

New polling from Equis Research hints that the emerging religious power is among the most divided of any sub-group in several swing states. And in a close election like what was seen in 2016, the group could prove to be a game-changer for either party.

According to the Equis survey, which was conducted July 8-29, Nevada Hispanic Protestants leaned heavily in favor (57%) of electing a Democratic candidate in 2020 instead of Trump (30%). The story was different in New Mexico, where 44% say they'd back a Democratic candidate and 45% express support for Trump. 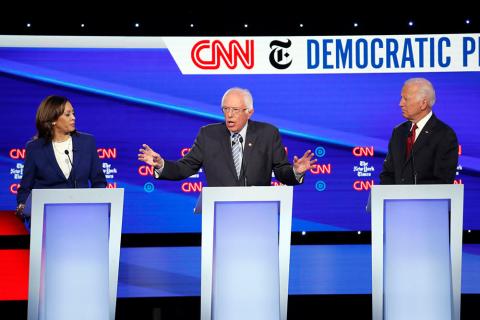 Hillary Clinton won both of those states in 2016, but Hispanic Protestants are now evenly divided in Arizona — a state where Trump bested Clinton by less than 4 points — with 43% in each category.

But support for Trump among Hispanic Protestants is far from ironclad. According to new PRRI data provided to RNS, 67% view Trump unfavorably overall, compared to 64% of the general public. And unlike white evangelicals — 31% of whom say Trump could do almost nothing to lose their approval — only 11% of Hispanic Protestants say the same. On the contrary, 42% of the group say they disapprove of Trump and that he could do almost nothing to win their support.

Salguero noted that there are also sizable populations of Hispanic Protestants in Florida, where they represent 6% of the population, according to PRRI, and where he serves as a pastor at Calvario City Church in Orlando.

In addition, he said the state has seen a spike of Puerto Ricans who moved there after Hurricane Maria ravaged the island in 2017, and that his own church has since received "dozens" of families from the region.

Asked if he believed that the population in the state could swing an election, his response was unequivocal: "Yes."

Salguero said he has been contacted by presidential campaigns on both sides of the aisle, although he declined to specify which and said it is "not enough."

"One of the mistakes, historically, of both parties is they wait until the last minute to reach out to Hispanic evangelicals," he said. "On the right there is the assumption that they are evangelical, they are going to vote Republican. On the left there is the assumption that they are Hispanic, and are going to vote Democrat. I think they fail to see how much of a quintessential swing vote we are."

Tony Suarez, pastor and executive vice president of the National Hispanic Christian Leadership Conference, which claims to be the "largest Latino Christian organization in America," with 40,118 congregations, said his group has yet to hear from Democratic hopefuls.

"Not one Democratic candidate has reached out to the NHCLC," he told RNS.

He cautioned that Hispanic Protestants may be too broad of a category to accurately assess the views of Hispanic evangelicals, and pointed to data from the Billy Graham Center Institute at Wheaton College and LifeWay Research that claims 41% of Hispanics with evangelical beliefs voted for Trump in 2016.

Outreach to the group among Republicans is long-standing. In 2015, at least two GOP candidates for president — former Govs. Mike Huckabee of Arkansas and Jeb Bush of Florida  — spoke at NHCLC's conference in Texas.

Trump, for his part, selected pastor Samuel Rodriguez — head of NHCLC — to deliver a prayer at his inauguration in 2017 and has kept Rodriguez and Suarez among a cadre of evangelical advisers throughout his presidency.

South Bend, Indiana Mayor Pete Buttigieg's presidential campaign — currently the only Democratic campaign with a full-time national faith outreach director — said it also plans to reach out to the group this year.

"Our campaign is dedicated to reaching people where they're at, including Hispanic evangelicals," said Chris Meagher, national press secretary for Buttigieg's campaign.