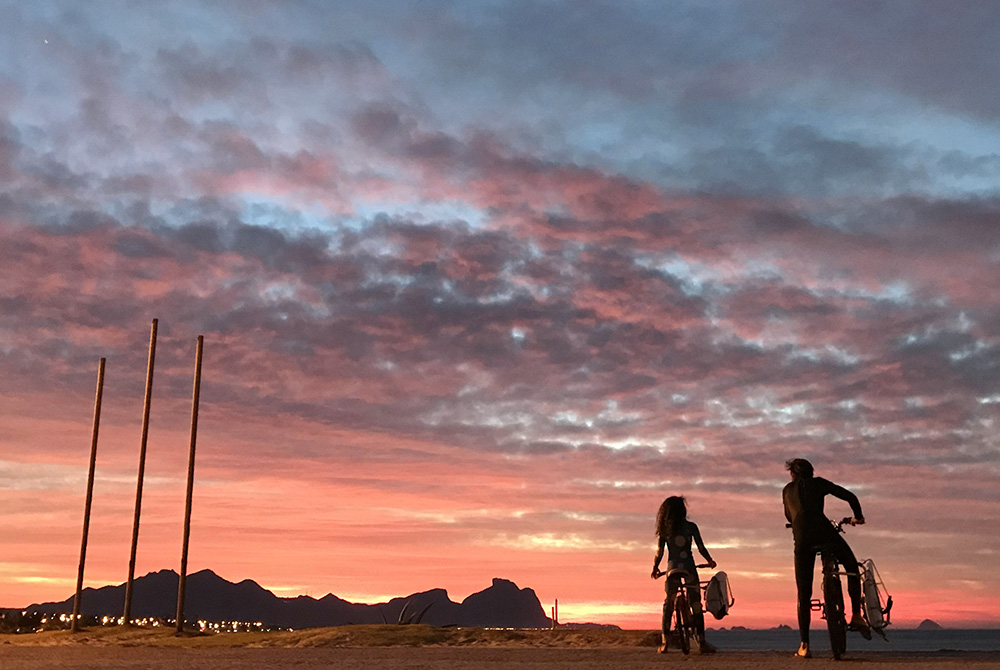 A father and his daughter are seen during a sunrise along a beach July 1, 2020, in Rio de Janeiro. Brazil is struggling to deal with the needs of more than 130,000 children who have been made orphans during the COVID-19 pandemic. (CNS/Reuters/Sergio Moraes)

Brazil is struggling to deal with the needs of more than 130,000 children who have been made orphans by the unexpected deaths of parents or caregivers during the COVID-19 pandemic.

Catholic agencies have been working with government authorities to try and meet the need, and to prevent as many children as possible from having to be put in temporary shelters. Church pastoral ministries that work with immigrants also have been monitoring the situation of COVID-19 orphans.

A July study in The Lancet, a widely respected medical journal, found that Brazil has the second highest number of orphans caused by COVID-19 infections among the countries of the world, following over 141,000 new orphans in Mexico. 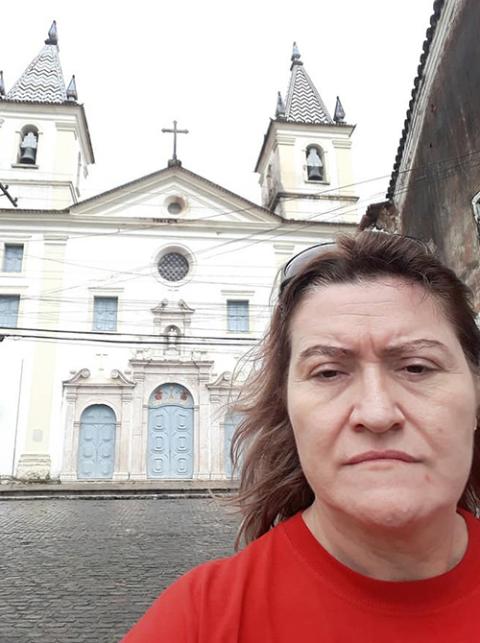 One ultimate option is to send the orphan to a shelter, usually operated by civic organizations (including the church) and regulated by the government. But that should be the last resource, said Maristela Cizeski, the coordinator of the child ministry office of the Brazilian bishops' conference.

"Children that have recently lost their parents or caretakers and go live in a shelter face a shocking experience," she told NCR. "It's not as warm as living with a family."

Besides, the process of taking a child out of a shelter when a solution is finally found is much more bureaucratic than all other alternatives.

"Unfortunately, some authorities are not sensitive to those problems and simply send the orphans to such institutions," said Cizeski.

Márcio Thadeu Marques, a prosecutor for cases involving young people in Brazil's Maranhão state, pointed to recent studies showing that the institutionalization of children can have a negative impact on their development.

"That's an exceptional measure," he told NCR. "Children have the right to stay with their families according to international treaties and the Brazilian legislation."

Marques, a Catholic churchgoer, said he feels inspired not only by democratic and humanistic principles but also by his faith in his search for the adequate management of the orphans' situation.

He has been one of the leading authorities in the process of establishing new protocols to support children who lost their caregivers to COVID-19. Marques has requested that Maranhão implement a series of measures to gather information about COVID-19 victims.

"People who are hospitalized with the disease are now asked if they have children and if there is anybody to take care of them," he explained.

Patients are pictured in the emergency room of the Nossa Senhora da Conceição hospital March 11 in Porto Alegre, Brazil. The emergency room is overcrowded because of the spike in COVID-19 cases. (CNS/Reuters/Diego Vara)

"The same thing is done when a person goes to a notary's office to issue a death certificate for a relative. This way, the state knows who those children and teenagers are and can adequately monitor their situation," he added.

If a poor relative gets custody of the child, a social aid stipend may be paid. Recently, the Maranhão government created a law stipulating that families who assume custody of double orphans must be paid about $100 per month until the children turn 18.

That set of actions was presented months ago to an interstate convention of the Northeast region of the country and ended up being implemented by all nine Brazilian states in that region on Aug. 25.

"Income safety is fundamental to avoid the separation of siblings, for instance. The state must secure the children's rights to housing, education, health care and food. We know that orphans are more vulnerable to problems like sexual abuse and exploitation and child labor," Marques said.

Parishes and dioceses will be involved in the effort to inform and mobilize society in the correct implantation of the program, he affirmed.

"We will meet with bishops and tell them about the importance of the church in this process. Catholic communities must keep an eye on those cases," Marques explained. 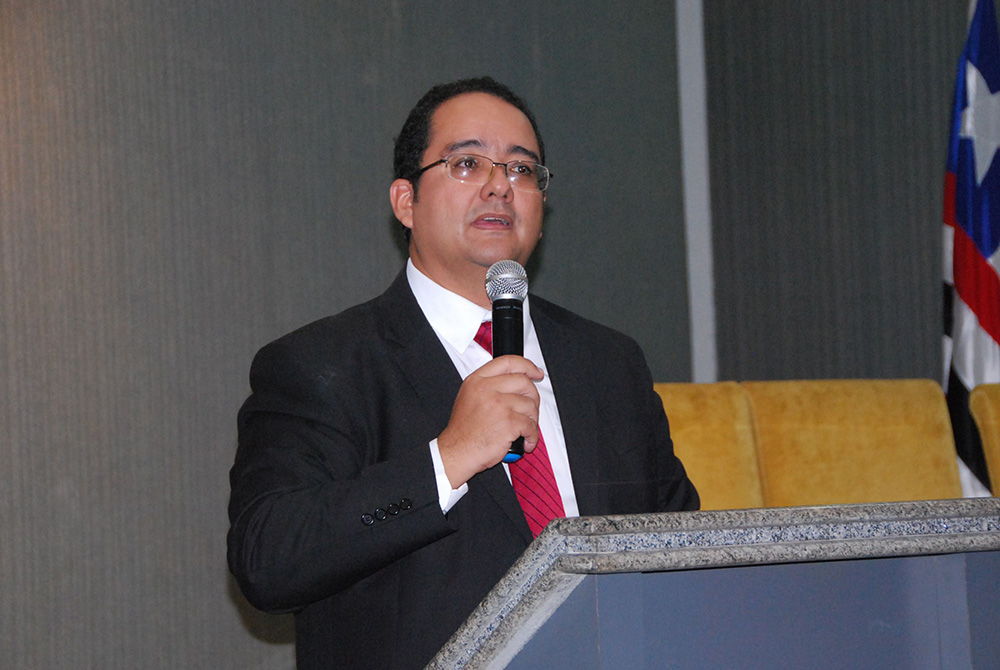 The bishops' child ministry office has been in touch with Marques about his initiative and is working on parallel measures. Cizeski said that not all municipalities in Brazil are able to help orphans and end up sending them to shelters. That's why the ministry decided to implement a national program to educate people about the foster care system.

Cizeski said that while foster care is practiced in Brazil, it is often an option "neglected" by judges deciding where children should live.

"Many cities don't have a way to implement it," she said. "So, we decided to facilitate the process."

Children in foster care can more easily be sent to live with a biological relative in the future if that is possible. They can also be adopted by another family.

"We have to avoid the problems caused by our slow judiciary system," said Cizeski.

The first cycle of training on foster care has been offered by the bishops' child ministry office in the Diocese of Tianguá, in Ceará state. It is also being implemented in nine other dioceses.

João Batista Mota, the child pastoral ministry coordinator in Tianguá, said that out of a population of about 600,000 in their diocese at least nearly 700 people have died because of COVID-19 infections.

"We have children and teenagers being sent to shelters, but that can be prevented with a foster care system," he told NCR. "Our goal is to educate pastoral agents and government employees to identify and create foster families in our communities." 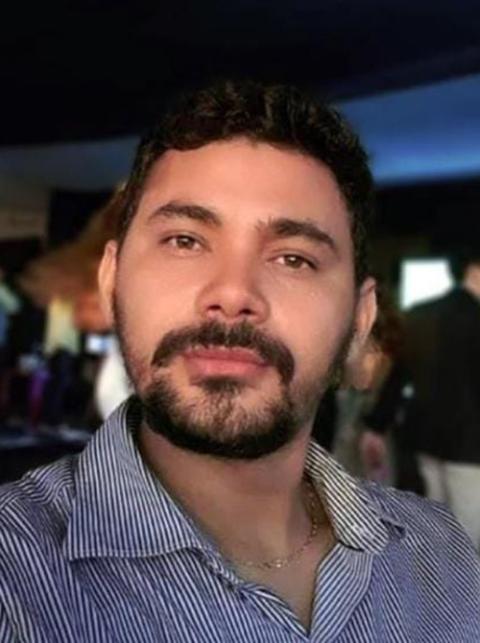 The ministry is also helping members of extended families of COVID-19 orphans to provide for them, working as mediators in discussions between the government and families who don't know their rights.

"Some time ago, we were called by a woman who took her grandchild's custody after her daughter died of COVID-19. When the kid asked about the deceased mother, the grandmother didn't know what to respond," Mota recalled.

"We noticed that they didn't have enough food and called the city's health care and social service systems. They were included in the food kit distribution program and are being regularly visited by a social worker," he said.

Large communities of Haitians, Venezuelans and Bolivians have been strongly impacted by the pandemic and many children lost at least one parent or caregiver.

"In the Bolivian community in São Paulo, many children lost their fathers and are now being raised only by their mothers," said Scalabrinian Fr. Paolo Parise, who coordinates the Mission Peace immigration center in São Paulo.

"We unfortunately had cases of infection in some of our houses and also had to suspend many outdoor activities," da Costa told NCR.

Marques said that becoming an orphan "is a heavy difficulty in any circumstance."

"But the pandemic made things worse because it created orphans in an abrupt way," he reflected. "We weren't prepared for that."

A version of this story appeared in the Oct 1-14, 2021 print issue under the headline: Brazil struggles to care for COVID-19 orphans.