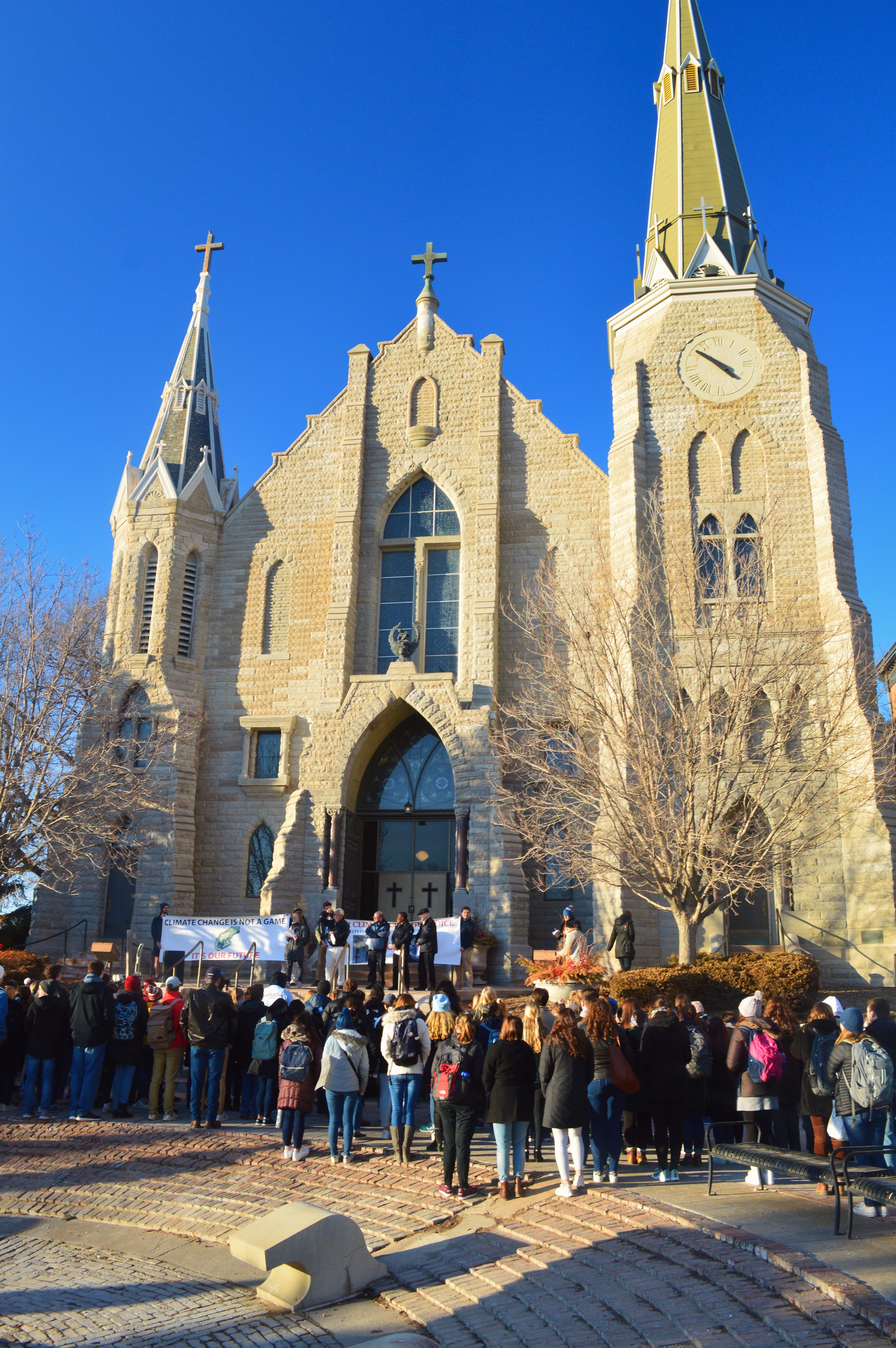 Students and others gather on the steps of St. John Church on the Creighton University campus in Omaha, Neb., Feb. 20, 2020, for a prayerful rally to call on school leaders to divest from fossil fuels. (CNS photo/courtesy Emily Burke)

A judge has refused to block Creighton University's requirement that all students get vaccinated against COVID-19 despite the objections of a handful of students who said getting the shots would violate their religious beliefs against abortion.

Douglas County District Judge Marlon Polk said last week that he wouldn't issue a temporary order blocking the vaccine mandate, and he doesn't believe the students will ultimately prevail with their challenge to the rule because they had signed a form promising to get vaccinated as soon as a vaccine was fully approved by regulators.

The private university in Omaha is affiliated with the Jesuit order of the Catholic Church. It mandated that all students get vaccinated in August, after the U.S. Food and Drug Administration granted full approval to a vaccine made by Pfizer. The university does allow medical exemptions to its vaccine requirements, but not religious ones.

University spokeswoman Cindy Workman said Creighton has long had a policy of not allowing religious waivers for any of its vaccine requirements. The university says it believes students have a moral responsibility to get the coronavirus vaccine to protect the community.

“Creighton University, like so many institutions of higher learning around the country, has consistently stated that vaccinations remain our single greatest defense against the COVID-19 virus,” Workman said. “In addition to the requirement that all Creighton students receive the vaccination, staff and faculty were strongly encouraged to do so, and very nearly 100 percent of all Creighton employees have been vaccinated.”

The lawsuit said the ten students who signed on as plaintiffs all had religious objections to COVID-19 vaccines because “the vaccines were developed and/or tested using abortion derived fetal cell lines.”

The Vatican declared in December that it is “morally acceptable” for Roman Catholics to receive COVID-19 vaccines based on research that used cells derived from aborted fetuses, when “ethically irreproachable” vaccines aren’t available.