What we've lost in a pandemic year

by Heidi Schlumpf
Coronavirus
Opinion
This article appears in the Coronavirus: One year later feature series. View the full series. 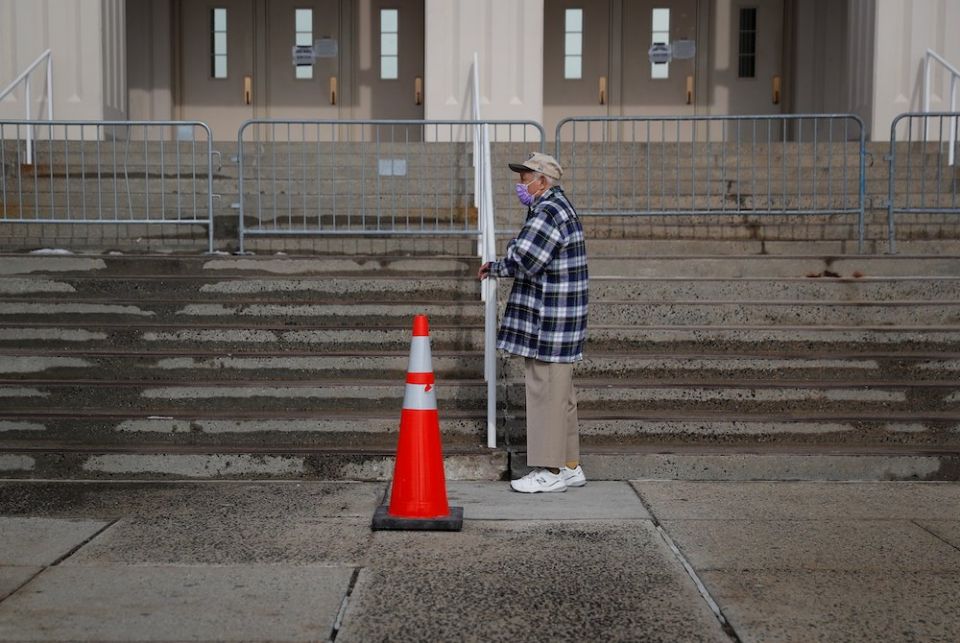 This week a friend from my parish announced that her father had died from COVID-19. Before her dad was hospitalized, the last time she had seen him was two months earlier — at her mom's funeral. Her mother also died from the disease caused by the coronavirus.

Meanwhile, the community at St. Bonaventure University in New York was grieving the loss of its president, 62-year-old Dennis DePerro, who had been on a ventilator since mid-January and died of COVID in early March.

As some 2 million Americans a day are now receiving a dose of the vaccine, deaths from the virus are declining, though health experts warn that it's way too early to stop precautions that prevent the spread of disease.

Yet, as the one-year marker of the coronavirus pandemic approaches (the World Health Organization declared COVID-19 a pandemic on March 11, 2020), we can't help but look back and acknowledge so much grieving, so much suffering, so much loss.

In late February, The New York Times ran a front-page graphic that looked like a long rectangle of television static. But up close, it became clear that the grays and blacks were made up of individual dots — each representing one of 500,000 U.S. lives lost in the 12 months of the pandemic.

But death has not visited all communities uniformly: Communities of color, including those of Native Americans, have experienced double or more the rate of deaths than white communities.

And, sadly, the deaths do not represent the only losses of the pandemic. Although most who tested positive for the virus recovered from their illness, tens of thousands continue to suffer long-term health problems. Mental health issues also have surged, with reports of depression and anxiety nearly quadrupling.

More than 22 million American workers lost their jobs this year; some 100,000 businesses have permanently closed. Once eviction moratoriums expire, millions of Americans may find themselves homeless. Others have lost their life savings.

Some were able to scramble to transition to working or learning online. Still, an estimated 3 million students in the country did not access any formal education during the pandemic. They literally lost a whole year of school — and getting them back may be difficult.

And what about all those losses of "gatherings": the wedding postponed, the graduation done virtually, the birthday or anniversary party skipped. And the funerals. While a livestreamed funeral is better than nothing, no one should have to grieve without friends and family around them.

Our church, too, has suffered during the past year of the pandemic. As our national correspondent Christopher White reported, poor parishes and dioceses have gotten poorer. Enrollment in Catholic schools plunged with the lowest decline since record keeping began in the 1970s, leading to more than double the average number of school closures.

Whether parishioners return to in-person Mass remains to be seen, but already some are worried that the pandemic will only accelerate the exodus from institutional religious affiliation.

As I write this column, we are about halfway through one of the strangest Lents ever, one in which many of us were encouraged not to give anything up, since so much had already been sacrificed. Abstaining from meat or sweets — or God forbid, social media, one of our only connections — seemed cruel if not masochistic.

For my Lenten prayer discipline this year, I have been listening to the daily Instagram videos from Kate Bowler, an author and professor at Duke Divinity School. In her book, Everything Happens for a Reason: And Other Lies I've Loved, Bowler describes how being diagnosed with Stage 4 colon cancer at age 35 taught her that life is hard, but it still can be beautiful and meaningful.

Bowler has also written and podcasted about the importance of grieving, which she calls "the burden of love." She encourages folks to allow themselves the time and space to feel the weight of loss and to move through it in their own way.

At the end of each Lenten video, Bowler wishes her listeners a "beautiful terrible" day. That's a pretty apt description of the past 365, I would say.

A version of this story appeared in the March 19-April 1, 2021 print issue under the headline: What we've lost in a pandemic year .

Coronavirus | What we've lost in a pandemic year

Editorial: Finn's resignation is a bitter but necessary reckoning