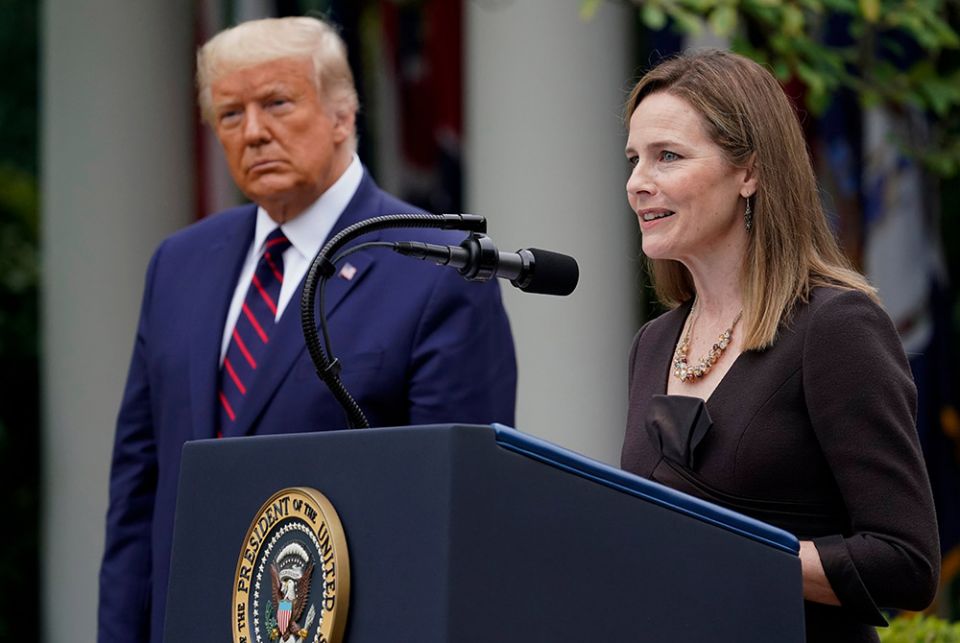 Judge Amy Coney Barrett speaks after President Donald Trump announced Barrett as his nominee to the Supreme Court, in the Rose Garden at the White House, Sept. 26, in Washington. (AP/Alex Brandon)

Washington — At least two people in addition to President Trump who attended a ceremony last Saturday (Sept. 26) in the White House Rose Garden to present Judge Amy Coney Barrett as Trump's Supreme Court nominee have been infected with the coronavirus.

The Rev. John Jenkins, president of Notre Dame University, announced on Friday (Oct. 2) that he has tested positive for the novel coronavirus, saying in a statement from the school that he took a test after "a colleague with whom he has been in regular contact tested positive for COVID-19." Jenkins said his symptoms "are mild and I will continue to work from home."

Jenkins was criticized by students and faculty members for not wearing a mask and shaking hands at the Rose Garden event, spurring the school president to apologize earlier this week and initiate self-quarantine.

Barrett has reportedly tested negative for the virus, but Republican Sen. Mike Lee of Utah, who also attended the event and stood next to Barrett unmasked, announced on Friday that he has tested positive.

The Rose Garden event was also reportedly attended by members of President Trump's evangelical advisory board and other faith leaders. Jack Graham, pastor of Prestonwood Baptist Church in Texas, the Faith and Freedom Coalition founder Ralph Reed, and Franklin Graham, son of famed evangelist Billy Graham and head of the Billy Graham Evangelistic Association, were spotted at the event. So, too, was the Rev. Paula White, a Pentecostal preacher and head of the White House Faith & Opportunity Initiative.

A spokesperson for Franklin Graham said the evangelist — who also led a faith-themed march on Washington the same day as the announcement, attended by thousands — was tested before a trip to Alaska this week, and his results were negative.

The acting Liberty University president Jerry Prevo was also seen sitting behind Jenkins at the event, but a school spokesperson told Religion News Service that Prevo was tested for COVID-19 on Friday morning and his result was negative.

Those in the crowd at the ceremony sat in close proximity and few wore masks.

Trump announced that he and the First Lady have tested positive for COVID-19 on Friday.

Michael Mina, assistant professor of epidemiology at Harvard's T.H. Chan School of Public Health, said it was possible that Trump could have contracted the disease as early as Saturday's Rose Garden ceremony.

He added that the ceremony itself increased the risk of infection for those who attended.

"Why are we having SCOTUS nominations in person? This doesn't need to happen," he told reporters on Friday. "Until we can figure out how to get the virus under control these in person [and] especially indoor events — but even outdoor events — should not be taking place, especially not from our leaders who are trying to set good examples."

There is also growing concern regarding the Faith and Freedom Coalition's "Road to Majority 2020" conference that took place in Atlanta beginning Wednesday (Sept. 30), four days after the Rose Garden ceremony. 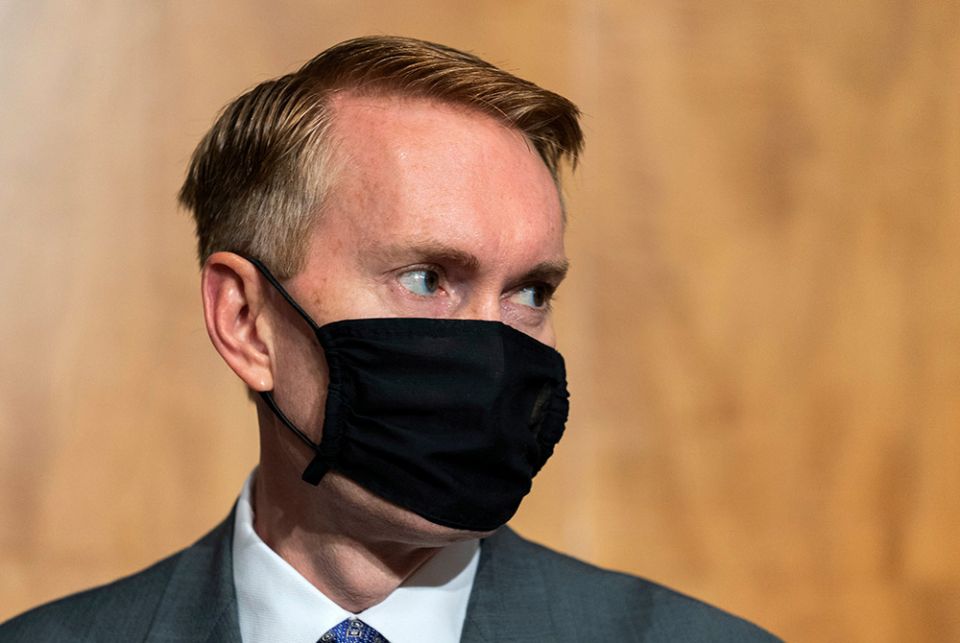 Sen. James Lankford of Oklahoma, who was a scheduled speaker at the conference, said in a phone interview Friday with RNS contributor Maina Mwaura that he was driving home from Atlanta to quarantine after coming into contact with someone who has the virus and intended to get a test when he arrived.

Lankford initially did not specify who the infected person was other than to say that it wasn't the president or vice president and that it was someone who he spent time with on Tuesday before the conference.

However, Lankford's later offered an official statement he made by tweet Friday afternoon, explaining that the infected person was Sen. Mike Lee.

"I spoke (with Mike Lee) — he informed me he tested positive for COVID-19," Lankford wrote, quote-tweeting Lee's own statement announcing that he tested positive for COVID-19. "We met several times this week & while I am not experiencing symptoms, upon recommendations of doctors & to ensure health & safety of others I will quarantine through Oct 12. Praying for Mike's full recovery."

Lankford said he was initially asked to quarantine in Atlanta Thursday evening but chose to drive home.

"There are votes and things that I'm not going to be able to be at next week," Lankford said during the interview. "I don't miss votes. I don't … But I will this week."

White was slated to address the faith conference on Wednesday but did not do so. 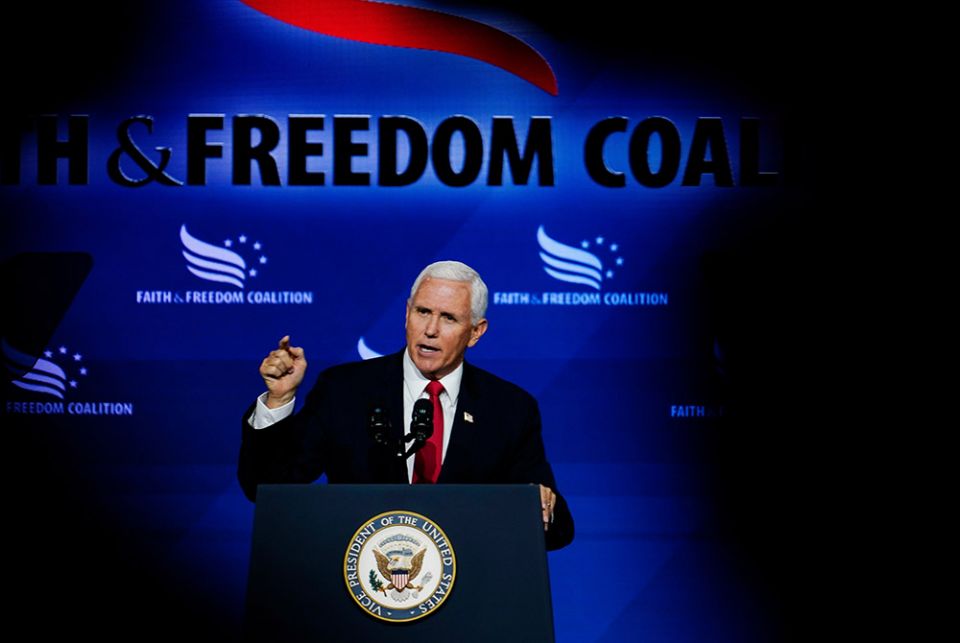 Vice President Pence also spoke at the indoor event, as did Jentezen Franklin, pastor of Free Chapel in Gainesville. Both were also at the White House on Saturday.

Attempts to reach White and Jentezen Franklin were not immediately successful.

Other speakers at the conference included the Rev. James Altman, a Catholic priest who recently produced a viral video in which he declared that one cannot be Catholic and be a Democrat, and the Rev. Tony Suarez, vice president of the National Hispanic Christian Leadership Conference.

Suarez, who contracted COVID-19 in March but recovered, told RNS on Friday that he had not been in contact with the vice president during the event.

Pence has since tested negative for the disease, according to published reports.

This story is developing and will be updated.

Survey: Religiosity seems to be 'buffer' against some pandemic stresses