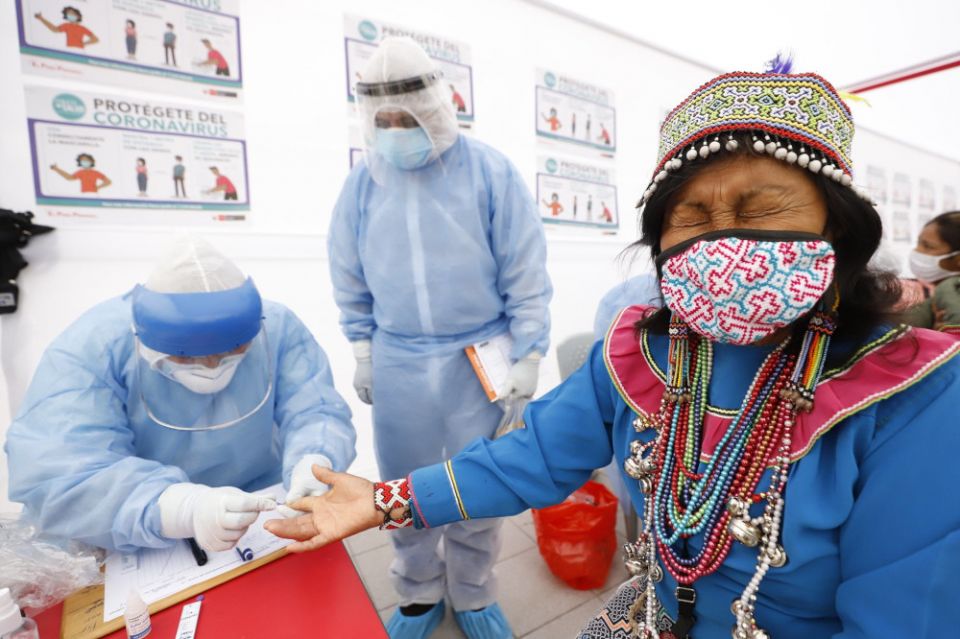 Lima, Peru — Peru's Catholic bishops have stepped up their response to the COVID-19 emergency, announcing a new pastoral program and moving ahead with projects to improve the country's health response.

The bishops presented an open letter to the country Aug. 20 that coincided with the rollout of the sweeping pastoral program, Arise Peru Now, designed to coordinate actions as the coronavirus continues to spread in the country.

The letter, which plays on the Spanish word for resurrection, highlighted the important efforts that have been made to reduce suffering from the pandemic. Peru is now sixth in the world for COVID-19 cases, with more than 588,000 as of Aug. 20. The virus has already claimed nearly 27,000 lives. The country's economy also has taken a huge hit, with gross domestic product falling by 30% in the second quarter and unemployment surging to 16.4% in July from 6% a year earlier.

"In the midst of this context of suffering there have been heroes of flesh and blood, men and women from our land, with hearts the color of our flag, who have responded with decision, decency, courage, love and generosity," stated the letter, which was read by the president of the bishops' conference, Archbishop Miguel Cabrejos.

Cardinal Pedro Barreto of Huancayo explained the new pastoral program after the letter was presented. He compared it to the Amazon River, which begins as a simple stream in southern Peru and grows mighty as it is fed by tributaries.

He said Arise Peru Now is like the river, gathering strength from 266 separate initiatives that the 46 ecclesial jurisdictions in the country have been working on since the pandemic hit Peru.

The pastoral has four legs, including health, science and technology, legal issues, and community organization. The health component is the largest, focusing on testing, oxygen, mental health and nutrition.

"This is not a theoretical proposal, but a practical initiative the church has worked on since the lockdown," he said.

The bishops made two important practical moves that coincided with the launch of the pastoral. Church officials began distributing the first of 2,000 ventilators to hospitals around the country. The ventilators are part of an initiative together with the National Society of Industries and the San Ignacio de Loyola university.

On Aug. 22, Barreto will oversee the start of construction on medicinal oxygen facilities at two hospitals in his home region. He spearheaded a drive to collect money to build the plants, which were designed by students at the Pontifical Catholic University of Peru. His region in the highlands, like the rest of Peru, faces a critical shortage of medical oxygen for COVID-19 patients. The oxygen plants were planned for July, but got stuck in bureaucracy.

The bishops' letter included a veiled reference to the red tape that slowed delivery of the plants. The letter called on politicians not "to tell the population what to do, but the opposite, understand what they need and meet the demands."

Goodbye, climbers! We need to restore servant leadership in the priesthood