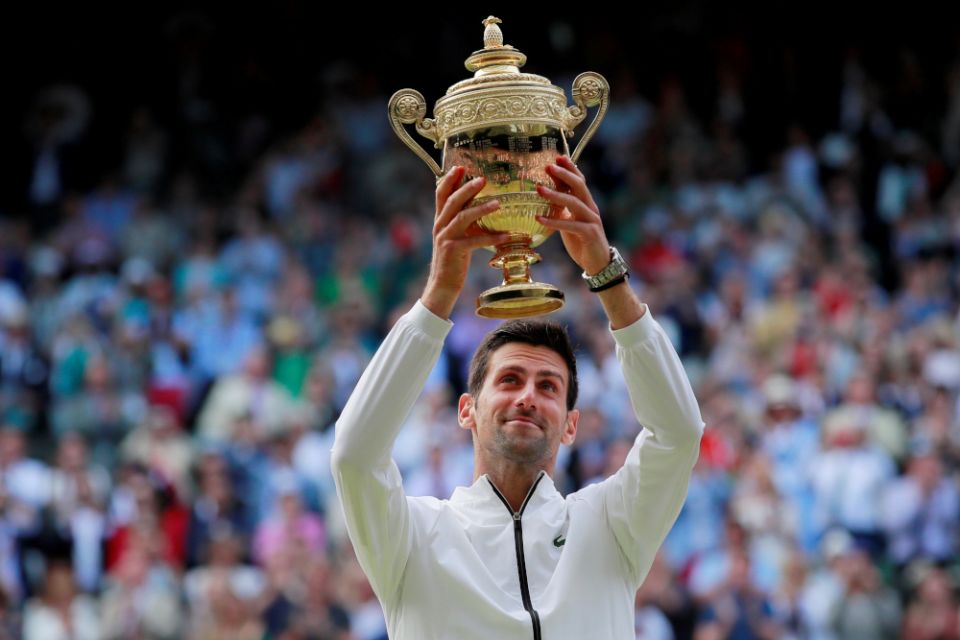 Tennis player Novak Djokovic won his battle in court against the Australian government on Jan. 10, when he challenged the deportation order filed by the government because Djokovic is not vaccinated against COVID-19. The ruling is a defeat for sanity and illustrates some of the misplaced anger of many, as the world enters its third year of fighting the pandemic.

Djokovic has previously expressed skepticism about vaccinations. In 2020, he said, "I am curious about well-being and how we can empower our metabolism to be in the best shape to defend against impostors like COVID-19," but seeing as he has previously argued that spiritual clarity can make toxic water clean, we should take his skepticism with a grain of salt. Note to Mr. Djokovic: The salt can purify the water! Spiritual clarity might, repeat might, purify your soul.

What is worse was the tennis star's moral framing of the issue. "I am no expert, but I do want to have an option to choose what's best for my body," he said. "I am keeping an open mind, and I'll continue to research on this topic because it is important and it will affect all of us."

Vaccines, like masks, are not only used to protect one's own body, but to protect others, and to help the entire world get past this horrible pandemic. The unvaccinated help the virus to continue to mutate in ways that make it harder for all of us to return to normal.

Perhaps we should not be too hard on Djokovic. San Francisco Archbishop Salvatore Cordileone was similarly tone deaf to the consequences for others of his decision not to get vaccinated. He told The San Francisco Chronicle in December that his "immune system is strong" and that his doctor thought "it's probably not necessary for me to be vaccinated." What about the immune system of the person sitting next to you on a plane? What about the need to set a good example?

If an archbishop who presumably passed a course in moral theology at some point in his career makes such stupid remarks, why should we expect more from a tennis player?

Actually, sports stars are especially dangerous to public health when they speak this kind of idiocy. As The New York Times opinion writer Lindsay Crouse wrote this week:

What's worse than an anti-vaxxer in a pandemic? An anti-vaccine star athlete. That paragon of physical health, cloaked in a cape of defiance, declares to the world by example that you don't have to follow public health policy after all — as long as you win.

If pictures are worth a thousand words, an image of the athletic Djokovic, proudly smiling as he celebrates his victory over the Australian government's health protocols is worth a thousand deadly words. 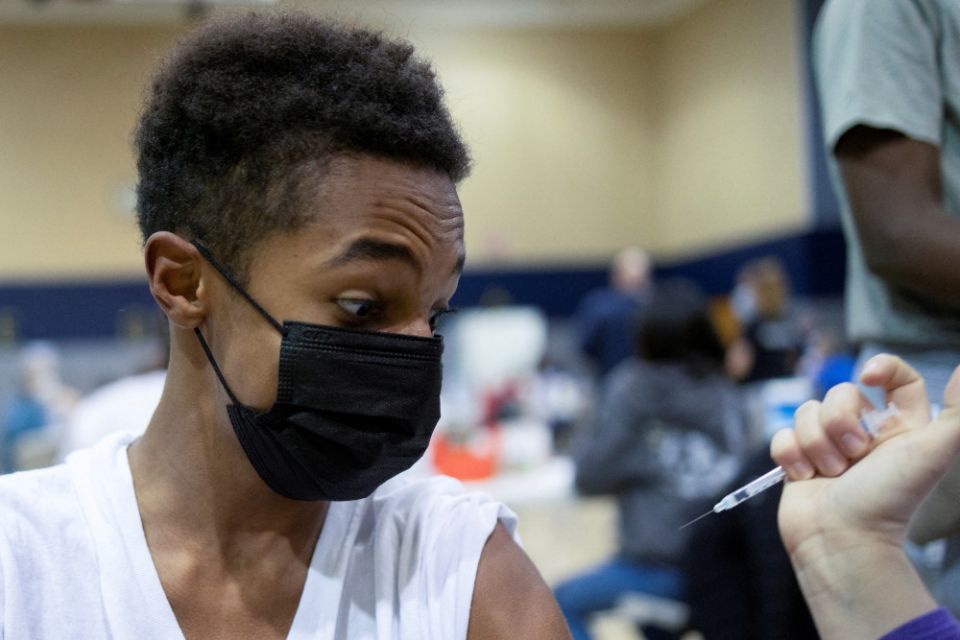 Nicholas Gonsalves, 13, of Lansdale, Pennsylvania, receives a dose of the Pfizer vaccine at a booster clinic Jan. 9. (CNS/Reuters/Hannah Beier)

It is imperative that the rest of us insist on sanity. The politics of the pandemic is changing: No one is talking about lockdowns; protesters in Australia defended the government's attempt to deport Djokovic; the Chicago teachers' union struck a deal to return to work.

We are not out of the woods yet, however, and the lack of a spirit of social solidarity continues to stalk efforts to contain the spread of the virus. Even if the politics of the pandemic is changing, the morality remains the same.

There is a tic in the American psyche that is suspicious of government per se. It is not an altogether bad thing in some cases. During a pandemic, however, and with social media and Fox News poised to distort and exploit what are normal evolutions in our medical knowledge and the consequent recommendations from the government, we need to find ways to convince people to be more and more suspicious of the "Don't Tread on Me" ethic.

For example, remind those who choose not to get vaccinated that there are people who really can't get the vaccine for medical reasons. Their chances of getting sick are lessened if the rest of us step up and get the jab.

Remind anyone who scoffs about a mask that wearing them is a simple thing when you think about it. The guy who sells me my lotto tickets huffed that "masks won't protect you," and I told him he was right, my mask was not meant to protect me, it was meant to protect him.

Recall the people who work in health care, how exhausted they are, how the system is being pushed to the limits, how people with non-COVID issues are not always able to get the care they need because the hospitals are overflowing with COVID patients.

Any anti-vaxxer who complains about the continuance of public health restrictions such as mask mandates, social distancing and the like should be reminded that any blame for the fact that the pandemic has not been conquered rests with them, not with those of us who have done our bit.

If pictures are worth a thousand words, an image of the athletic Djokovic, proudly smiling as he celebrates his victory over the Australian government's health protocols is worth a thousand deadly words.

As for celebrities, I hope no special exemptions are made for them. I hope the Australian government appeals the judge's decision to reinstate Djokovic's visa and that it wins. And I hope all of us in this celebrity-addicted culture will think twice before letting a sports star or a movie star or a famous singer opine on anything except their own craft. I adore Meryl Streep in every role she has ever played, for example, but I don't really care what she thinks about politics, and if I did, then shame on me.

As always, the Holy Father hits the right notes. In his address to the diplomatic corps on Monday, he said:

Each of us has a responsibility to care for ourself and our health, and this translates into respect for the health of those around us. Health care is a moral obligation. Sadly, we are finding increasingly that we live in a world of strong ideological divides. Frequently people let themselves be influenced by the ideology of the moment, often bolstered by baseless information or poorly documented facts. Every ideological statement severs the bond of human reason with the objective reality of things. The pandemic, on the other hand, urges us to adopt a sort of "reality therapy" that makes us confront the problem head on and adopt suitable remedies to resolve it. Vaccines are not a magical means of healing, yet surely they represent, in addition to other treatments that need to be developed, the most reasonable solution for the prevention of the disease.

Coronavirus | The politics of the pandemic may be shifting, but not the morality

Intimacy, rituals, tears are the gifts and desire this moment brings