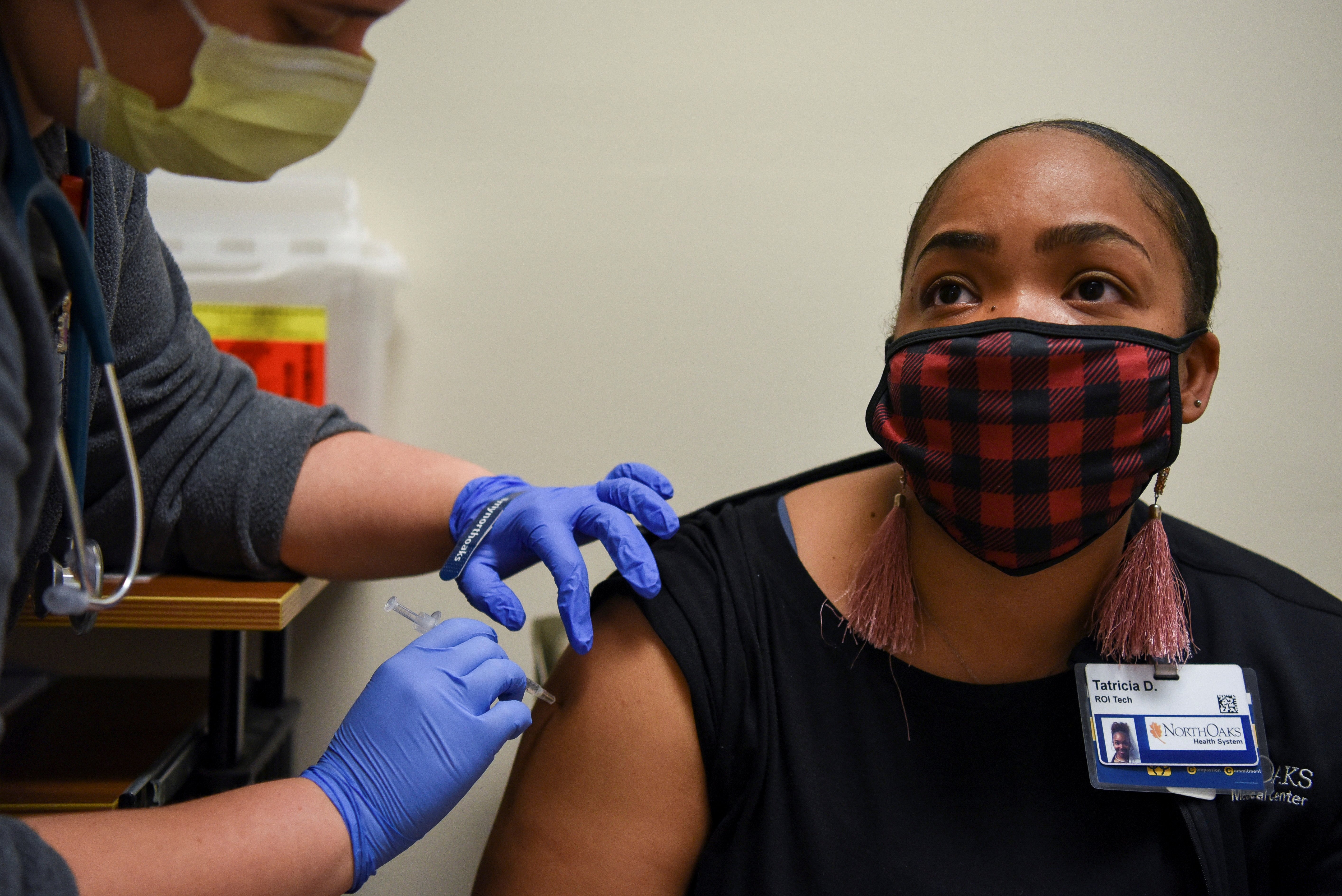 A poll whose results were released Aug. 5 by the Public Religion Research Institute showed large differences between religious groups in their attitudes toward getting the COVID-19 vaccine for themselves or for their children.

Among other groups, 33% of white mainline Protestants, 35% of Black Protestants and 35% of the religiously unaffiliated "are vaccine acceptant for their children," PRRI said.

Earlier this year the Food and Drug Administration approved — and the Centers for Disease Control and Prevention signed off on the move — the Pfizer, Moderna and Johnson & Johnson coronavirus vaccines be administered to children as young as 12, and testing is taking place among younger children to determine a safe dosage level for them.

With the school year starting on either side of Labor Day for virtually all U.S. schools amid growing controversy about mask and vaccination mandates — and the surge of the Delta variant of the virus that sparked the mandates — the results are instructive.

"Faith-based approaches supporting vaccine uptake can influence parents to get themselves and their children vaccinated," said PRRI in its report, "Back to School: Parents, Religion and COVID-19 Vaccination."

Examples of faith-based approaches the report gave included a religious leader trusted by respondents getting a vaccine or encouraging them to get a vaccine, a nearby religious congregation hosting a pop-up "clinic" where vaccines would be available and a local religious community providing people assistance in getting an appointment to get a vaccine.

"Although the questions did not ask about decisions regarding children's vaccinations, it is clear that some parents who are vaccine hesitant for their children could be swayed by faith-based approaches to get vaccinated themselves," PRRI said.

The percentage of those who believe religious exemptions should be in place for COVID vaccinations is growing.

Last January, 73% opposed religious exemptions for children attending public schools, compared to 27% who supported them. The PRRI poll, conducted June 2-23, found that opposition to exemptions had shrunk to 57%, with support rising to 42%. The number rises still further to 50% for parents of school-age children.

Among parents, 69% of Republicans are in favor of religiously based vaccine refusals, as are 49% of Independents and 36% of Democrats.

"A reason for the jump in support for religiously based vaccine refusals could be that the recent rollout of the COVID-19 vaccines for school-aged teens was top of mind for respondents in June, whereas questions of COVID-19 vaccine requirements for children were not prevalent in January, even though the question did not specify any particular vaccine," the report said.

The survey started with a random sample of 5,123 adults age 18 and up living in all 50 states who are part of the Ipsos Knowledge Panel. Added on to the sample were 382 who were recruited by Ipsos using opt-in survey panels to increase the sample sizes in smaller states. An additional 346 Hispanic Protestants were recruited to increase sample sizes among this group. All interviews were conducted online.