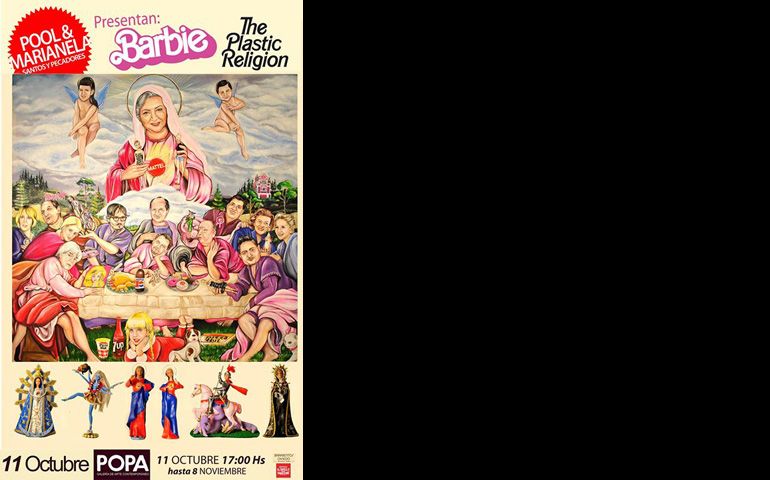 Rome — Barbie has had a number of careers in her 55 years -- flight attendant, veterinarian, astronaut, even president. Her latest role, however, is raising eyebrows.

Italy's Catholic bishops are furious about controversial artistic depictions of the popular Barbie and Ken dolls as the Virgin Mary and a crucified Jesus Christ and other saints.

SIR, an Italian website backed by the Italian bishops conference, denounced the controversial toys in an editorial, which asks: "What is the difference between provocation and bad taste?"

The artists' collection featured on their Facebook page includes religious figures from Catholicism, Judaism, Hinduism and Buddhism. Although the artists decided against creating a Ken doll as Islam's Prophet Muhammad, they do depict Jesus being crucified on the cross.

On their Facebook page, the two artists write in Spanish that there was no way they would depict Muhammad out of their great respect for Islam but stressed they did not intend to offend any religion.

The brightly colored dolls have provoked widespread debate in several languages. The collection also includes versions of Barbie as Joan of Arc, Mary Magdalene and the Virgin of Lourdes.

"Do you think it is finished? If you did, you're forgetting that there is also the masculine component of the plastic couple. So you can see the faithful and eternal boyfriend Ken dressed as Jesus, Saint Roch, Saint Sebastian or for the politically correct, Buddha," the website editorial says.

The bishops' website invites parents to explain to their children why a doll is not always a gift and to help to deconstruct "the fictitious role" presented and the true stories behind the dolls.