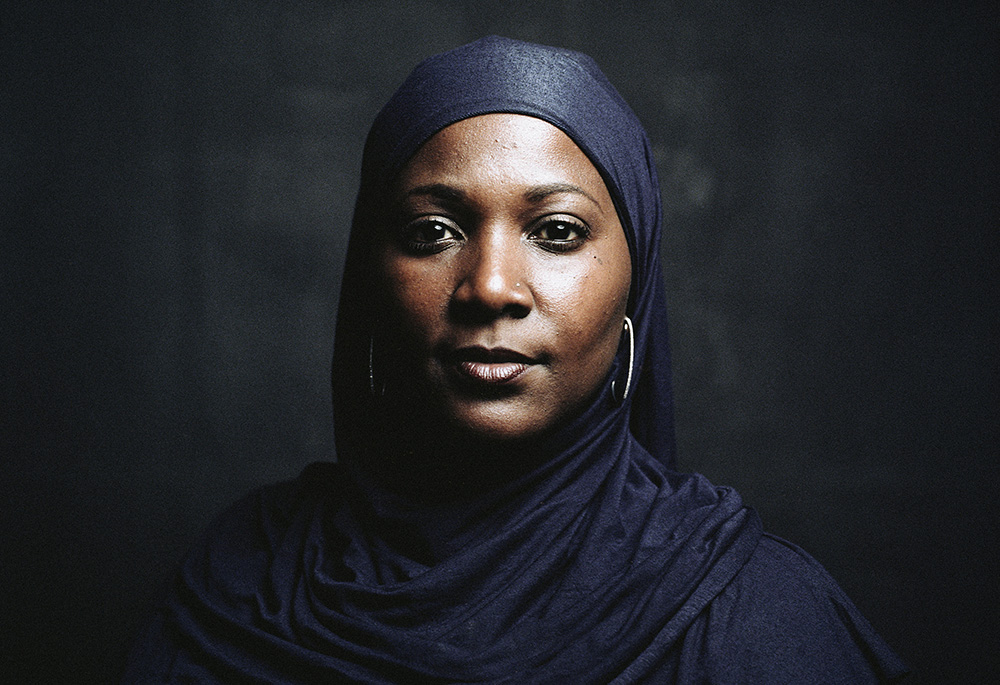 A new online exhibit featuring portraits of Black Muslims was launched by Sapelo Square, a Black Muslim education and media collective, on Feb. 2. Captured in dramatic lighting and paired with audio clips of the subjects speaking, the portraits aim to highlight the beauty and diversity within the Black Muslim experience.

"It's really important that we hear the voices and see those who come from this strong and important lineage that doesn't seem to be acknowledged and is often misunderstood," said Aïdah Aliyah Rasheed, special projects lead at Sapelo Square.

The project, titled "Preserving the Legacy: Portraits and Stories Capturing Black Muslim Life," began as a conversation between Sapelo Square and New York-based photographer duo Rog & Bee Walker in 2016. Since then, Rog & Bee have photographed more than 200 portraits of Black Muslims with diverse occupations, ages, geographical locations and spiritual approaches to Islam. This first iteration of the project will feature roughly 50 portraits that are being released weekly on the Preserving the Legacy website.

Rasheed, who oversaw "Preserving the Legacy," noted some of the participants have passed away since their portraits were captured, which she said makes the stories documented even more precious. Most participants were also interviewed, and that audio allows viewers to "really listen to the voices coming from the Black Muslim community," Rasheed told Religion News Service.

Sapelo Square was founded by Dr. Su'ad Abdul Khabeer in May 2015. The volunteer-run organization issues podcasts, publications and other projects on topics ranging from anti-Black racism in Muslim communities to hip-hop and Black midwifery. Their name honors a group of African Muslims who were enslaved on Sapelo Island off Georgia's coast in the early 1800s.

The "Preserving the Legacy" project and other initiatives of Sapelo Square intend to center stories of Black Muslims that are often erased from American discourse. Abdul Khabeer told Religion News Service that Black Muslims can be overlooked when it comes to conversations about the "first Muslim" to do something in the U.S. She pointed to Mona Haydar, a Syrian hijabi rapper whose debut made a splash in 2017. "Hip-hop history is Black Muslim history," said Abdul Khabeer, who said that many Black hijabi women, such as Miss Undastood, preceeded Haydar without the notoriety.

Donna Auston, a cultural anthropologist who studies Islam in America, among other things, noted Black Muslims are often missing from education about slavery or American history and media more generally. "It's easy for the experiences of people who exist at this nexus to get lost," said Auston. Where conversations do include Black Muslims like Malcolm X or Muhammad Ali, Auston said, their Muslim faith is often flattened or stereotyped.

However, Auston added that being Black and Muslim is a "unique and beautiful experience" that can generate creativity when it comes to cuisine, fashion, art and other cultural expressions.

"While the marginalization or the erasure of Black Muslims from the mainstream narrative is something our work seeks to challenge, our work begins from a place of self-love," said Abdul Khabeer. "[Sapelo Square] creates this virtual space that bleeds into real life, where Black Muslims see themselves. … In order to challenge what seems like really intractable inequality that we face in this country, I think it begins in many ways with the people who are most affected knowing that they have their own power."