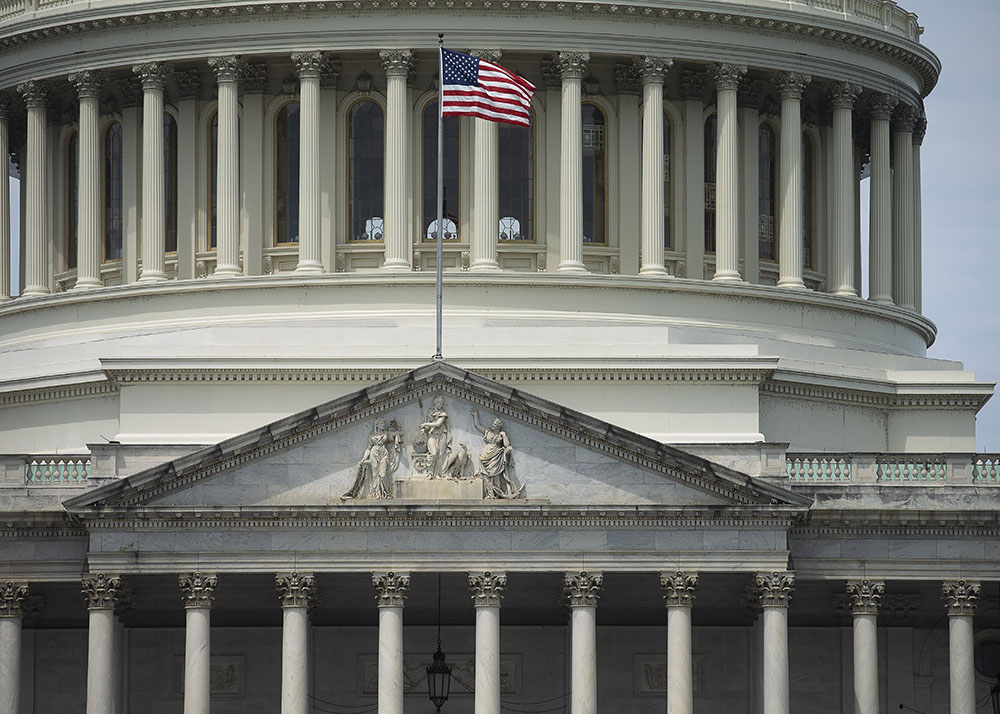 The U.S. Capitol is seen in Washington June 7. (CNS/Tyler Orsburn)

There are times and circumstances in which you learn more about a person or an organization by what they do not do than by what they do. We know from reciting the Confiteor at Mass on Sunday that we sin sometimes by omission — "what I have failed to do."

The decision by Fox News and EWTN not to offer live coverage of the June 9 hearing of the U.S. House Select Committee on the January 6 Attack tells us a lot about both organizations' values, and about what they believe to be their obligations as journalists.

As a little boy, I would come home from school and watch the Watergate hearings. My mom and I would watch them together. They were riveting in large part because you realized there had been an attempt to subvert the Constitution and the Constitution was fighting back in the persons of Sen. Sam Ervin*, Sen. Howard Baker and others willing to get to the bottom of the whole stinking mess. My parents explained that we cared about the proceedings not primarily as Democrats, with an upper-case 'D,' but as democrats, lower-case.

In the event, the star of the first night of the hearings on the Jan. 6 attack was a Republican, Wyoming Rep. Liz Cheney. A friend sent me an email, noting that Republicans who have seen the light are often the best communicators, people like Nicolle Wallace and Joe Scarborough. Add Cheney to that list. She was focused, determined, passionate, steely. Her respect for people like former Vice President Mike Pence and former Attorney General Bill Barr made her indignation at former President Donald Trump and his lies all the more poignant.

Fox News did not cover the hearings live. Instead, they spent their time isolating particular comments from the proceedings, and using that to offer an alternative narrative of the events of that day. It was like listening to former White House senior adviser Kellyanne Conway citing "alternative facts" in her defense of Sean Spicer.

To be sure, Fox News' primetime hosts had a special reason for not wanting to air the proceedings: They make prominent appearances in the narrative! On Jan. 6, 2021, Sean Hannity and Laura Ingraham were both busy texting their friends in the Trump White House urging them to get Trump to say something, to urge those attacking the Capitol and disrupting the peaceful transfer of power to stop. They may downplay the enormity of that attack now, but they understood in real time what was happening.

The Fox News hosts may not be consistent in their appraisal of the event, but they are perfectly consistent in their willingness to lie about it. I remember flipping channels on the afternoon of Jan. 6, 2021, and the first person I heard suggest the attackers might really be members of Antifa was Ingraham. It was the neo-fascist Proud Boys and Oath Keepers, not Antifa, that led the attack. That was obvious at the time. It is still obvious. I must have missed Ingraham's apology to her viewers for getting it so wrong.

EWTN's "News Nightly" on June 9 opened with a long segment about abortion, starting with President Joe Biden's comments on Jimmy Kimmel, then shifting to a focus on vandalism against churches and pregnancy crisis centers. Congressional correspondent Erik Rosales discussed an effort by Democrats to encourage Biden to use executive authority to protect abortion access. Carol Tobias, from National Right to Life, commented, "These senators are asking President Biden to become a dictator."

Host Tracy Sabol then interviewed Archbishop Joseph Naumann of Kansas City, Kansas. "Well, it's a true tragedy and I think part of it the irresponsible language that the president and other leaders in the legislature, in the Congress, are using to try and whip up people into a frenzy," he said. He was not discussing Trump and Jan. 6, but the arrest of an armed man outside the home of Justice Brett Kavanaugh.

Finally, at the 16:41 mark in the 30-minute show, Sabol reported that the congressional hearing was starting and that "many Republicans accuse the committee of being one-sided." She spoke about the hearing for less than one minute.

At 8 p.m. on June 9, when most channels switched to the hearings, EWTN broadcast Raymond Arroyo's show. He, too, began with a focus on the vandalism against a pregnancy crisis center and other threats. So many of the words he used were the same as those being used in the congressional hearing, with several references to "domestic terrorism" and Arroyo's comment that "this unleashes a chaos in the country and a dangerous element that frankly we can't put up with."

I began to realize what was afoot. The waters were being muddied. This was gaslighting.

Will it work? I do not know anyone who relies solely on Fox News for information, but there are people who rely on EWTN to provide, as their ads promise, a "Catholic angle." For the producers and hosts at EWTN, there is no longer any real difference between the Catholic angle and the Trumpian one. How many Catholics are following their lead?

It has been a long time since all the networks covered a congressional hearing. It is true that in the 1970s there were no real alternatives to network coverage as there are now. I am sure that on June 9 many people watched reruns of "Law and Order" on TNT instead.

Some were watching Fox and EWTN. Whatever low standards Fox News wishes to apply to itself, you would think a Catholic network would be at least a tiny bit interested in abiding by the Eighth Commandment against false witness. And you would be wrong.