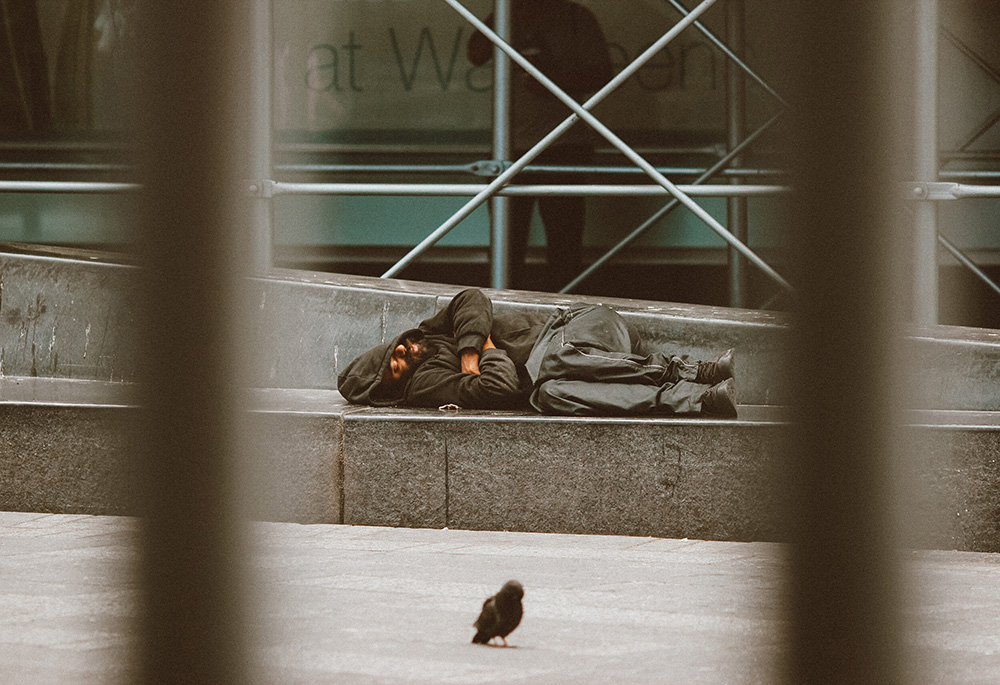 Three mornings a week, Susan Dunlap holds a half-hour prayer service for the overnight guests at Urban Ministries of Durham, a shelter for people without homes.

Unlike other shelters, some of which often require attendance at such services, there's no sermon here, no order of worship, no hymnal.

The idea is to allow shelter residents to create a zone of belonging and recognition that is not controlled or scripted by others, she writes in her new book, Shelter Theology: The Religious Lives of People without Homes. 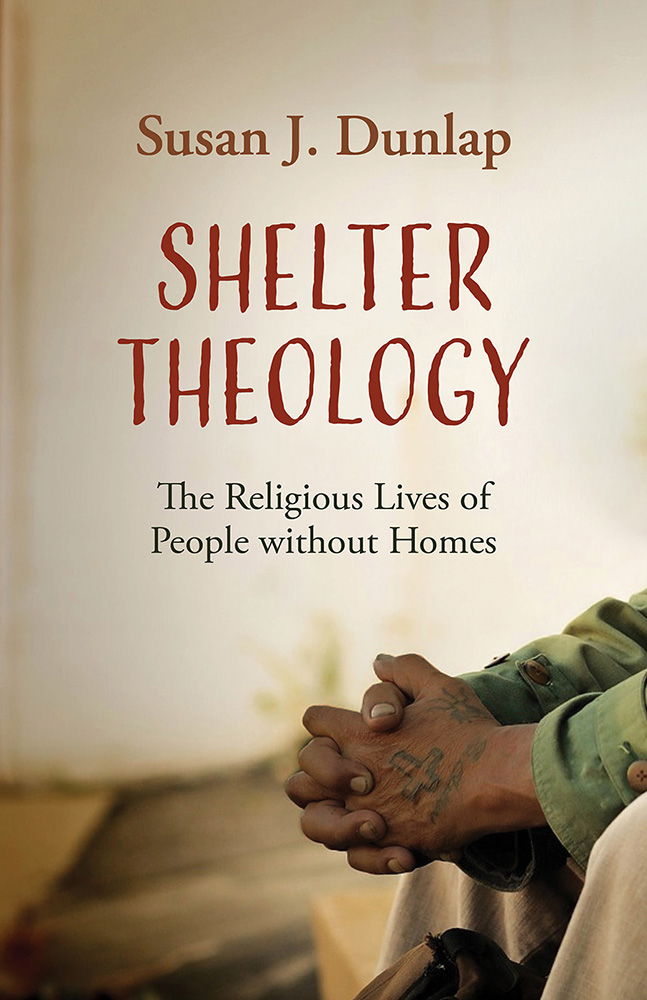 Shelter Theology: The Religious Lives of People without Homes

As an ordained Presbyterian with a Ph.D. in practical theology, Dunlap's book is an attempt to provide anthropological study of what she has learned about the spiritual lives of the poor since she started the service in 2007.

Dunlap, who teaches the art of pastoral care at Duke Divinity School, spent countless hours with shelter guests and also taped interviews with those willing to offer their life testimonies. She wrote her book, she said, both to guide pastoral caregivers who venture into these spaces but also as a plea to other Christians to come closer to people on the margins. She quotes Bryan Stevenson, the founder of the Equal Justice Initiative, who once advised a group of graduates to "get proximate" to people who are suffering. "If you are willing to get closer to people who are suffering, you will find the power to change the world," he said.

Religion News Service spoke to Dunlap about her ministry, now held outdoors once a week due to COVID-19, and her book. The following interview was edited for length and clarity.

RNS: You write that, as a white clergy person, you hesitated for a long time before writing this book. How did you overcome that?

Dunlap: There are risks trying to represent people different from you, particularly if they're very vulnerable. You risk violating them. It can be an act of violence. But it can also be an act of violence not to represent them. I thought to keep hidden what I learned about their insights and theology and lives was also wrong. My teacher, Mark Lewis Taylor, said these representations can be justified if you're actively involved in changing the circumstances that victimize them. The whole time I've been working with them, I've been involved with Durham CAN [Congregations, Associations and Neighborhoods] to build affordable housing. That also justifies telling the stories of vulnerable people on the margins. 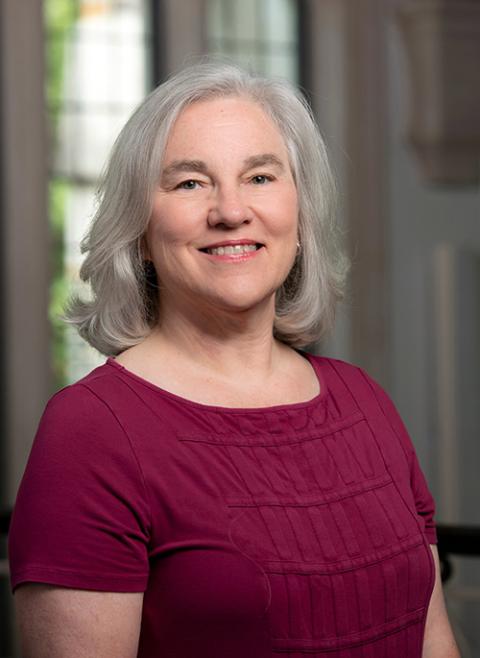 You refrain from calling the shelter's guests homeless, for the most part. Is there a new style around that?

It's become accepted to call them unhoused or people without homes. I prefer "people living without homes." It's a people-first language. I prefer saying they don't have homes rather than saying they're unhoused, because a home is a place of safety and nurture, more than just a house.

You talk about the horror of homelessness. Describe what you mean.

One of the things that symbolized that for me was walking down the street and one of my guides who lived at the shelter said, "That's where Black people go for sex. That's where white people go for sex. You see that pile of rocks? That's a good place to hide for drug deals." There's a place under a railroad trestle where there was an old mattress, and he said, "That's where you go to trade sex for drugs." To me, that's horror.

What did you have in mind when you created the prayer service and what did it become?

I had in mind creating a space that was not a place for my agenda, but theirs. They would walk into a quiet room and bring their own prayers to the front and light a candle, and meditative music would play in the background. It would be a place of nurture that affirms their connections to the divine. But they brought their religion with them, which is mostly Southern evangelical Black church. The music evolved from being instrumental to being gospel and organ music and singing. Rather than long spaces of silence, people gave testimony, they gave sermons, they encouraged each other, they praised God using common African American prayers like, "I thank God for waking me up this morning!" The music I felt was calming, they didn't like. One woman told me, "It sounds like a funeral."

You write that you were often surprised by their response of gratitude — even in the midst of unbearable violence, like a man who described his girlfriend being shot five times in the head.

Yeah. When he said, "I want to pray for my girlfriend who was shot five times in the head," I was mute. Then I started hearing people saying, "Praise, God," and "Thank you, Jesus." They were grateful she was still alive. Unlike them, I don't have a well-developed religious repertoire for responding to violence, and they do. My religious circles were reclaiming the importance of lament — my, God, my God, where are you? Theirs was a turn to gratitude. It focuses you on what is present rather than what is lacking. We know from studies that gratitude is life-sustaining.

You find that despite all their hardships, the people in the shelter who attended the prayer service continue to feel God guides and blesses them. How do you understand that?

[One man] described how God had a positive purpose for his life, which for the most part is teaching young people to avoid the mistakes he made. God had a purpose for what he experienced in prison, on the streets, without a home. It's all drawn into a narrative of God's abundant blessing and purposes no matter our present circumstances. Sleeping outside or living in a homeless shelter does not negate what God is doing for them.

You found that the people at the shelter frequently invoke the devil. Why?

It gives them language for profound social evil that they bear the brunt of. To attribute your failings to the devil is a way to deflect blame. To be poor in America, to be homeless, to live with a substance use disorder, to have survived violations as children, all these things create shame. It's too excruciating to lay yet another blame on yourself, say if you relapsed. So it's attributed to the devil. It's a way to name a failing that does not add to the deep well of shame. If they want to call it the devil, they have more right to name that evil than I do. They live with the effects of it in the world. It's the evil of neoliberal capitalism that has created circumstances that are dehumanizing, demeaning and ignores their pain.

You write that people without homes can teach more privileged people about God, that their faith can free us from bondage to idolatry. How so?

I think people who have lived without the privilege of whiteness or wealth know more about complete dependence on God than privileged people do. They have something to teach us — their practices of gratitude, their understanding of great evil, their trust that God will provide. I don't want to romanticize the faith of the poor. They're not purer, more righteous or more moral. But by dwelling in proximity to people on the margins we absorb habits of responding to God and depending on God and recognizing that all of life is dependent on God.

Going to the margins we do learn something about God that is not available anywhere else. Roberto Goizueta [a Cuban American theologian] said that "the margins are God's privileged locus of revelation in history." I couldn't agree more. There is a particular knowledge of God that's available there that isn't available in other places.

You are not paid to hold these prayer services. Why do you do it, and why did you write this book?

I wanted to portray them as practical theologians. They take the theological material at hand: "No weapon formed against me shall prosper," and "God will make a way out of no way." They know how to skillfully match one of these sayings that hold multiple valences of meaning and match that with a particular concrete situation in someone's life: Their kid is in prison. They can't find a place to live. They slept outside last night. That capacity to match a saying to a situation is practical theology. I wanted to lift that up, to say this is practical theological reasoning.

But it's also a plea for proximity. I want to help people understand we have to dwell on the margins — not as rescuers or fixers or helpers, but as equals before God who come together to pray. Novice pastoral caregivers think pastoral care means giving people orthodox and correct theological propositions to live by. But I wanted to develop a respect for theological worlds that have emerged out of suffering and persist because they continue to mediate the love and mercy and power of God.