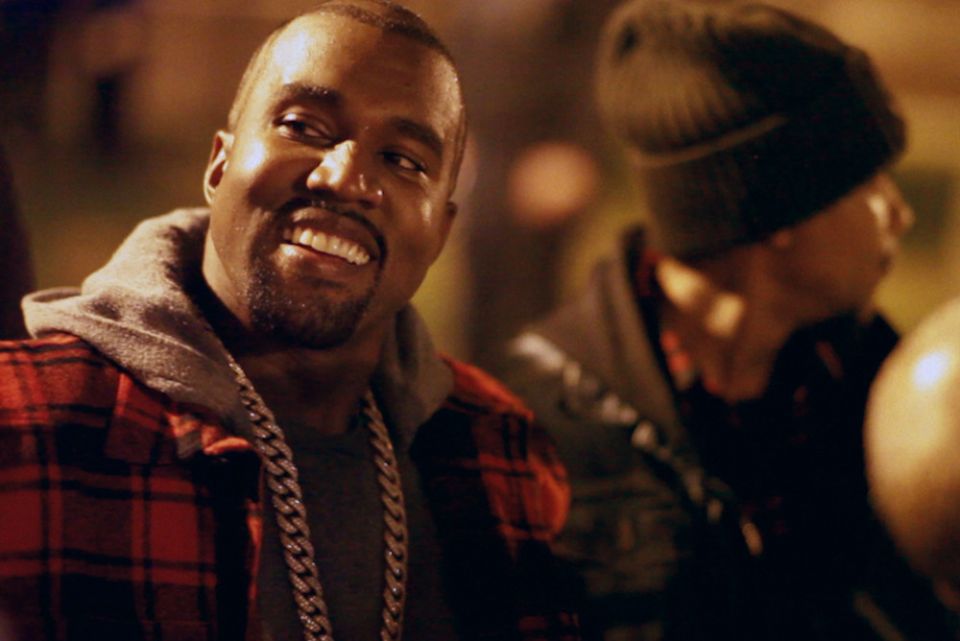 Clarence "Coodie" Simmons is a believer.

Simmons believed a young music producer and aspiring rapper named Kanye West was going to be a star. The filmmaker believed God was directing his life when he upended it to follow West, now Ye, from Chicago to New York City to film the musician's rise.

Simmons still believes, even as things have gotten messier and more complicated since West reached the top.

"I always believed his purpose would take him to these heights. Motivated by faith, we climbed together," Simmons says in the resulting three-part docuseries, "jeen-yuhs: A Kanye West Trilogy," he directed with Chike Ozah.

The documentary, as much about Simmons' faith in West as West's faith in God, debuted Feb. 16 on Netflix.

At its heart, "jeen-yuhs" tells a story of belief, from West's — and Simmons' — belief that the rapper was destined for greatness to West's belief in Jesus, including his celebrated conversion.

"Belief is the power that fuels your purpose," Simmons insists in the series.

The docuseries is also a reminder West's complicated relationship with Christianity reaches back further than his 2019 album "Jesus Is King" and his recent elaborate Sunday Service events.

West's albums have always been peppered with religious references.

Long before he started claiming top spots on Christian music charts with "Jesus Is King," he was rapping about Jesus. There was "Jesus Walks," a track on his 2004 debut "The College Dropout" with lyrics such as "God show me the way because the devil's tryna break me down." In "jeen-yuhs," Simmons describes the song as a "cultural phenomenon." 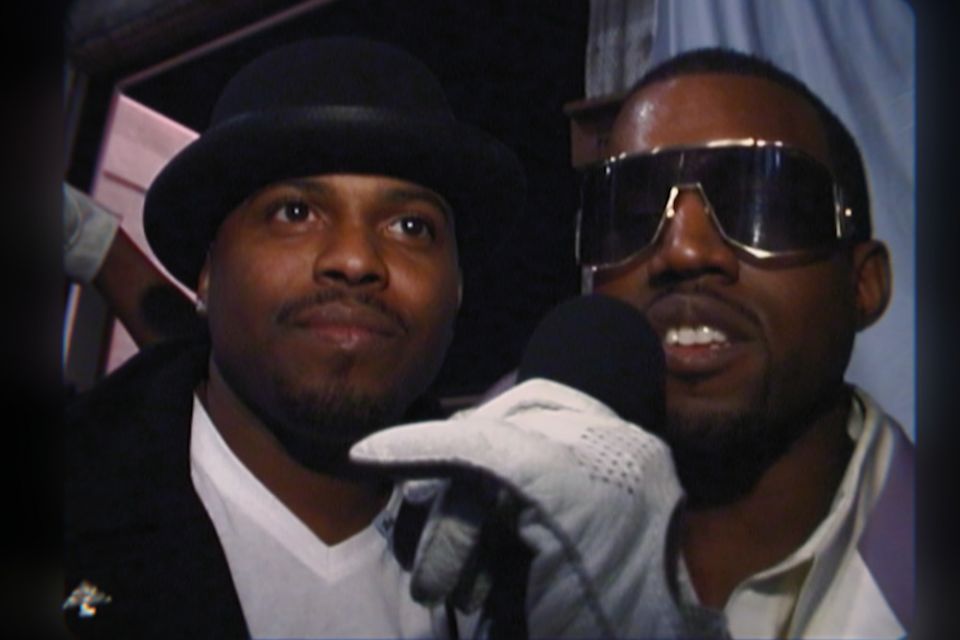 West also controversially posed as Jesus on a 2006 cover of Rolling Stone splashed with the headline "The Passion of Kanye West" — many at the time decried it as blasphemous. He later embraced the nickname "Yeezus," making it the title of his 2013 album, which featured the song "I Am a God."

More recently, during an appearance at Joel Osteen's Lakewood Church, West told of growing up with the Rev. Johnnie Colemon's Christ Universal Temple on the South Side of Chicago, which has been linked with the prosperity gospel and New Thought movements.

A belief in positive thinking and manifesting thoughts into reality is evident in "jeen-yuhs."

"I'm not going to say there's not a way that I can fail," a young West says in the first episode.

"Hopefully, with God's blessings and I got Chicago on my side, there should be no way for me to lose, really."

He's already made a name for himself as a producer at this point in the documentary and is working to gain credibility as a rapper.

Simmons had met West a few years before while filming his public access show "Channel Zero," which chronicled the rise of hip-hop in Chicago. The filmmaker recognized immediately that West was "different" and took a "leap of faith," he says, moving to New York City to make a documentary following West as far as he could go.

"People used to always ask me why would I stop everything to start filming Kanye? Well, watching his dreams become reality showed me — it showed everyone — that if you move in faith, all things are possible."

"People used to always ask me why would I stop everything to start filming Kanye? Well, watching his dreams become reality showed me — it showed everyone — that if you move in faith, all things are possible," Simmons says in the series. "And to think, this was just the beginning."

Simmons chronicles West through the car accident that left his jaw wired shut and inspired the breakout hit "Through the Wire." He's there for the recording of "The College Dropout" and the 2005 Grammys, where it was awarded best rap album.

In footage filmed at the time, both men credit God with their success.

Asked why he thinks he's been so successful, West says, "I just think it was in God's plan. I think he just has me here for a reason, and I have something to say."

As Simmons parts ways to pursue making films and music videos, he says, "I'm going to go out here, and I'm going to do my thing, because I already know that I ain't really doing this. God's doing this. He's directing. I'm like, I'm just going to hold the camera."

Simmons planned to end the documentary there, he says in the series, but West was leery of giving audiences such an intimate look into his life. (As recently as January, West demanded he be allowed to edit and approve the Netflix documentary.)

And so Simmons spends the last episode watching with the rest of the world as West courts controversy, struggles publicly with his mental health and emerges as a Christian artist.

The filmmaker reconnects with West, offering encouragement and prayer at low points. Simmons films some of the "Jesus Is King" recording sessions, where West declares, "I dealt with a lot of fear and anxiety, and now that I'm reborn, every day, every moment is the best day of my life. Each day keeps getting better." Simmons thinks he finally has the ending to his docuseries. 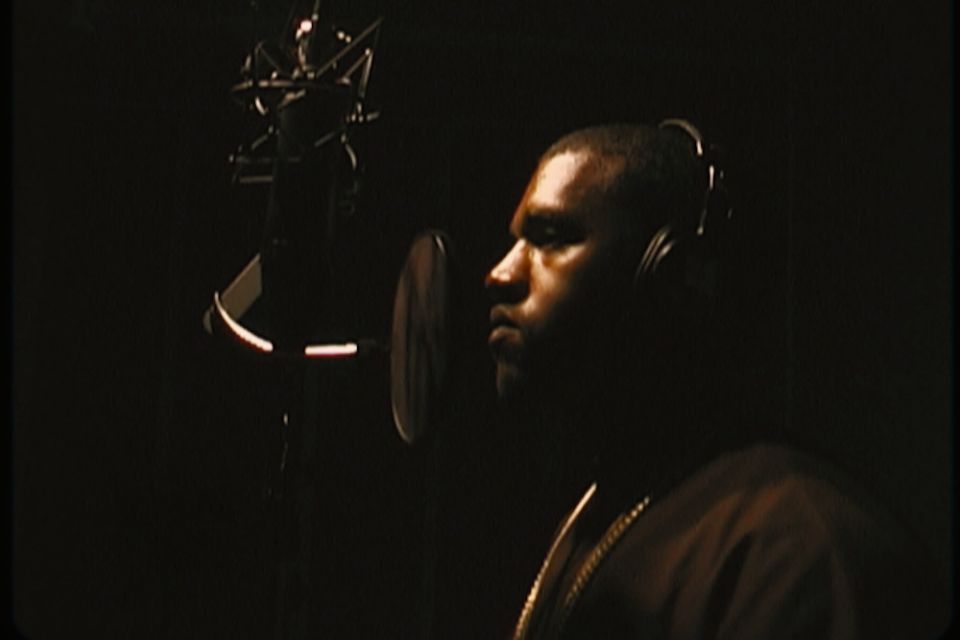 "From 'Jesus Walks' to 'Jesus Is King,' things had come full circle. God had directed us all to this point, and now it felt like our movie had the perfect ending — at least that's what I thought," Simmons says.

Then comes the announcement of West's run for president, his breakdown during a rally. There are moments when Simmons puts down his camera, uncomfortable filming when he knows West has struggled with his mental health.

"Some people even worship this man, but he's a real person that is going through something," Simmons says.

The docuseries ultimately ends with less certainty than it began — debuting at a time when West is once again grabbing headlines for comments attacking estranged wife Kim Kardashian West after she filed for divorce.

Simmons ends it with a prayer: "Dear God, I just want to thank you. Sometimes we might not understand the chaos we have to go through, but we trust that beauty awaits us on the other side."

"Thank you, Father God, for blessing us all with your genius. In your holy name, we pray. Amen."