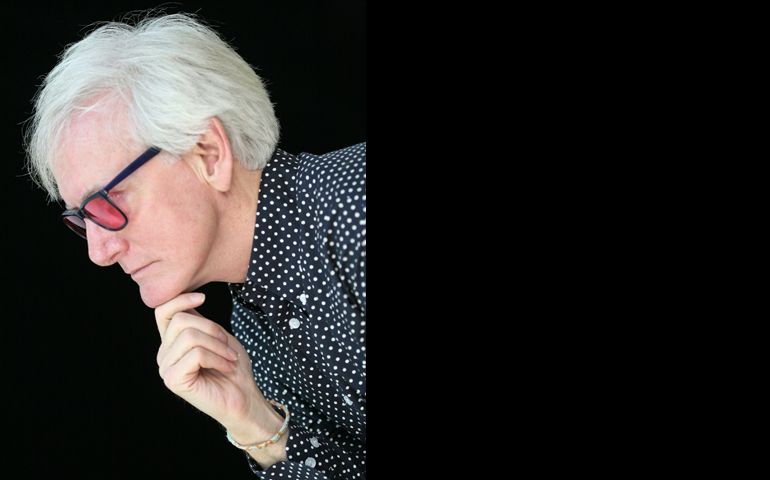 He has been funny longer than he has been a Catholic. But being a Catholic doesn't stop him from being funny.

"I can't go more than two lines without getting a laugh," Leopold told Catholic News Service in a telephone interview from New York.

Leopold has spent the better part of his adult life writing sitcoms, including episodes of "Cheers," "Seinfeld" and "Will and Grace." He recently came back from England, where he did what he called some "punching up" of a batch of scripts for new episodes of "The Muppet Show." He has written for such diverse comic talents as Bob Hope and Chevy Chase, and written with some of the most inventive minds in comedy, including Christopher Guest and Harry Shearer.

But Leopold joined the Catholic church only last year. It took a family crisis to set him on a path toward Catholicism.

"My daughter had this very serious, life-threatening eating disorder," Leopold said. She was in treatment in Arizona, where the hospital would not release her until Christmas Day. On Christmas Eve, he recalled that he and his wife went to bed.

"We're trying not to let the other one know how sad we were," he said.

But for Leopold, "that's the first time I prayed." However, since he had, by his own count, "one day of religious training" in his life, he said he prayed "like they prayed on (the old TV western) 'Wagon Train': 'Lord, I'm not a prayin' man, but if you'll just see us through Comanche territory.' "

Early Christmas morning outside his hotel, Leopold said he encountered "this 75-year-old ex-Marine (who) pulls up on this homemade motorcycle with deer antlers for handlebars. He tells me his name is Shepherd. He introduces his wife to me and tells me that she brought him to Jesus at 33 -- and Jesus died at 33. And the sun's rising behind his head like a halo. And I haven't said a word.

"I thought it was the Ambien kicking in."

The cyclist's last words before he roared off into the desert, according to Leopold, were "God is watching you."

"This is the first of many shocking kinds of coincidences that made it impossible for me not to come to the church," Leopold told CNS.

But why Catholicism? "I prayed, and Jesus was the first to show up. What else am I going to do?" he replied.

Many of the other shocking coincidences are detailed in Leopold's one-man show, "A Comedy Writer Finds God," which he wrote with some help from another sitcom veteran, Bill Persky. Leopold has performed it five times, mostly in and around the New York area, but was headed to Santa Clarita, Calif., for a one-night engagement at Our Lady of Perpetual Help Church there.

When he did the show at St. Patrick's Cathedral in New York, his home parish, he got butterflies like any performer. He said he especially worried about the reaction of Catholics who were thinking, "I didn't vote for this guy to come into the religion." Much to his relief, he found that "everybody responds in pretty much the same way. Everybody laughs in the same places. Everybody kinds of gets it."

Leopold was born a Jew. "I was very proud to be Jewish," he said. "I'm still very proud. I'm Jewish with an asterisk, like Roger Maris," who bested Babe Ruth's single-season home run record, but needed a longer season to set the mark. "That's for the sports fans out there," he joked.

His closest friend, "Late Show With David Letterman" bandleader Paul Shaffer, "threw me a 'Tom Leopold's Last Day as a Jew' party at Sammy's Romanian Restaurant" in New York the night before Leopold was received into the church through the Rite of Christian Initiation of Adults. "Harry Shearer came dressed as a Hasidic rabbi and tried to perform an intervention." Among the shtick at the party, Leopold said, was this line: " 'Mom, your hair looks great. Guess what, I'm going to become a Catholic.' She didn't hear anything after 'Your hair looks great.' "

Leopold's not in the grind of churning out script after script of a sitcom, but he still dabbles in comedy. For TV, he'll be writing the jokes for the Mark Twain Prize later this year, with Carol Burnett as the honoree. On radio, he teams with Fr. Leo Patalinghug on the weekly show "Entertaining Truth," which airs at 1 p.m. ET Thursdays on the SiriusXM Radio's Catholic Channel, with four repeats over the course of the week.

At home, "strangely enough, I don't watch a lot of sitcoms. Sitcoms were on at the time my kids were going to bed," Leopold said. "I'm a news junkie. And I like reality shows. Maybe I shouldn't say that. They did a number on my business for a few years.

"But one reality show I'd like to see is 'Celebrity Ice Road Truckers' -- people like Ellen DeGeneres driving a big rig across the frozen tundra."

Slowing down, seeing anew: the spiritual benefits of film photography

'Beyond the Hills' finds the devil in ignorance, fear

'The Decent One': Documentary on Himmler a compelling contribution to Holocaust filmography