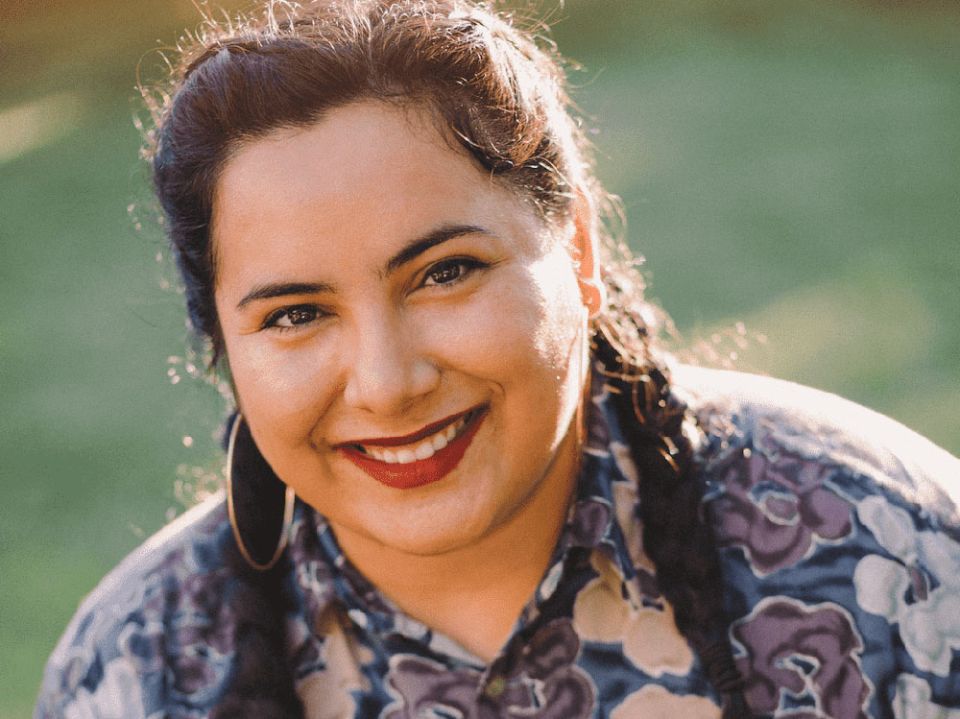 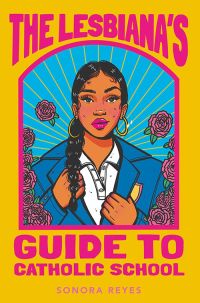 In their debut novel, Sonora Reyes explores what a happy ending could look like in a Catholic school, in spite of their own not-so-happy experience.

Born and raised in Arizona, Reyes is a queer second-generation immigrant and the creator and host of #QPOCChat, a monthly Twitter chat that builds community for queer writers of color.

The Lesbiana's Guide to Catholic School centers on a queer Mexican American girl, Yamilet "Yami" Flores, one of the only Mexican American teens at an affluent, mostly white Catholic high school. After being outed at her former school, Yami is trying to keep a low profile when she meets Bo, the only openly queer girl. Using humor, Yami discerns how to juggle family expectations while also trying to keep her new classmates from finding out that she's gay.

Reyes spoke to NCR via email about the inspiration behind their novel, the intersection of faith and queerness, and their advice for Latinx LGBT Catholic teenagers. The interview has been edited for length and clarity.

NCR: To start, could you tell us a little bit about yourself?

Reyes: I've been writing on and off since I was 8 years old, with my first story being a self-insert Batman retelling. Since then, I've grown a lot in my writing and now tend to write books about queer Mexicans falling in love, in whatever genre or age category the story lends itself best to.

You attended Catholic high school. What was your experience like?

Honestly, it was really traumatic. I only went for one year, but by the end of it, I was begging my parents to send me back to public school. It wasn't all bad, though. I had some really good friends, and we did have a lot of fun together. But for me personally, it just wasn't a good fit.

In writing The Lesbiana's Guide to Catholic School, I wanted to explore what a happy ending could look like in Catholic school, so I gave Yami a different ending to her year than I got, and let her thrive. It was really cathartic to get to process some Catholic school trauma through Yami, but let her have the ending I would have longed for in the end.

I think my favorite memories from Catholic school would have to be from the afterschool hip hop dance club. We were not very good, but we had fun!

As a queer student, the difficulties of being in a Catholic school are exactly what you might imagine. Homophobia was thrown your way from every direction like dodgeball. I personally stayed in the closet to everyone except a few close friends when I was in Catholic school, and that presented challenges of its own, as people felt very comfortable in their homophobia around me since they didn't know I was queer.

Tell me more about Yami's relationship with her family. Is she the oldest sibling?

Yami is the oldest sibling, but her younger brother Cesar is only 10 months behind her. He also skipped a grade, so everyone thinks they're twins. They live alone with their mom, since their dad was deported years ago, but they still keep in touch with him over FaceTime. At their old school, Cesar was getting into a lot of trouble for falling asleep in class and getting into fights. Because of being the oldest sibling, Yami's mom puts a lot of pressure on her to take care of her brother and keep him out of trouble, and Yami holds onto that pressure and multiplies it, believing that she's responsible for anything that happens to her brother.

Despite all of this, Yami and Cesar get along really well, and are basically best friends. She believes they have some kind of telepathic link, because they're always on the same wavelength. And no matter how strained things may sometimes feel with her family, Yami loves them fiercely, and would do anything for the ones she loves.

Sometimes queers spaces do not want to talk about faith. Why was it important for you to include the religious component in this story?

I felt like it was important to tackle the nuances of the intersection of faith and queerness. While Yami isn't religious because of the very real religious trauma she's dealt with, her mom, brother, and even her lesbian love interest are all still Catholic. Bo, Yami's new crush, is very knowledgeable about the faith, to the point where she will argue with a priest in front of the whole congregation for cherry-picking which parts of the Bible to preach, citing Bible verses and all.

It was important for me to showcase both the harsh realities of religious trauma and Yami's feelings of anger towards God, while also showing that, for some people, that same religion can bring peace and clarity, and neither reaction is wrong.

Could you tell us a little more about your work with #QPOCChat ?

#QPOCChat is a monthly community-building Twitter chat for QTBIPOC writers. We come together the last Thursday of every month to answer questions about our projects for an hour and get to know each other.

For any teenagers who are both Queer and Latinx currently attending Catholic high school, what's your best advice?

If you're closeted, you're not "living a lie." You don't owe anyone an explanation about your identity, and doing what you need to do to survive doesn't make you untrustworthy. It's okay to take your time with coming out, and to do it only when you feel you're absolutely ready.

Whether you're out or not, you're doing amazing. You're beautiful and brilliant and I'm so, so proud of you.

A version of this story appeared in the June 24-July 7, 2022 print issue under the headline: Through queer protagonist, novelist revisits Catholic school .

Methodists may set agree-to-disagree model for churches in strife