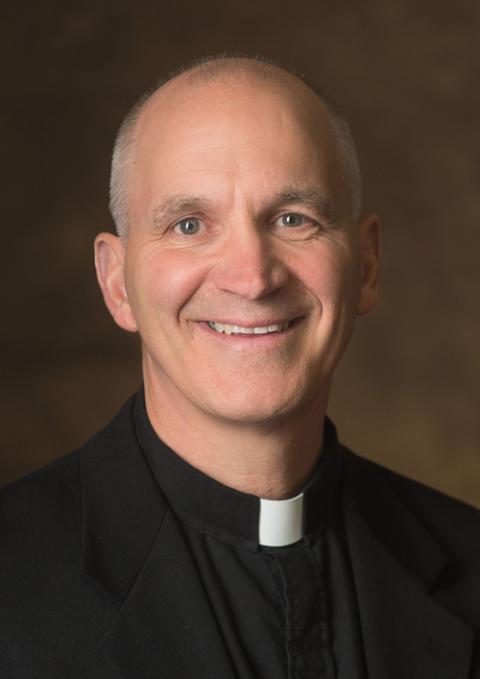 The 87-year-old Hart, who was ordained a priest for the Kansas City-St. Joseph Diocese in 1956 and led the Cheyenne Diocese from 1978 to 2001, faces multiple accusations of child sex abuse from both his time as a diocesan priest and as a bishop. Hart denies all the allegations, but over the years, both the Kansas City-St. Joseph and Cheyenne dioceses have determined that some accusations against Hart are credible.

Biegler was consecrated as Cheyenne's bishop in June 2017. His first confrontation with his predecessor was before that, after he heard that Hart wanted to concelebrate the Mass of consecration.

"I went to visit him shortly after I arrived in Cheyenne, prior to the ordination," Biegler told The Star. "And I said that I wouldn't allow him to concelebrate because of the allegations and because Bishop [Paul] Etienne [who led the diocese between Hart and Biegler's tenures] had already put a protocol in place regarding limitations on his public ministry."

Although Hart was upset, Biegler did not stop there. Etienne had asked the Congregation for the Doctrine of the Faith to open an investigation into claims against Hart in 2010, but when Biegler arrived in the diocese, he was told that investigation had been stalled. However, he gained Vatican approval to open his own.

Biegler hired a private investigator to review claims against Hart that had surfaced in 2002 in Wyoming. Wyoming does not have a statute of limitations for child sex abuse, and Biegler turned the investigator's findings over to the district attorney.

The diocese's investigation concluded that two accusations against the former bishop stemming from his episcopal career in Wyoming were credible; a third victim has since come forward and been acknowledged by the diocese. The police have also reopened the case.

The Star also tells the story of Kevin Hunter, one of Hart's alleged victims in Kansas City, who cited abuse by Hart on a road trip while he was a teenager, as contributing to later troubles in life, including drug addiction. Hunter died of AIDS in 1989, but not before telling family members of the abuse.

One of Hunter's sisters told The Star that she decided to report her brother's story to the diocese after his death, when she saw Hart, by then the bishop of Cheyenne, at a party with a teenage boy from Wyoming.

The Kansas City-St. Joseph Diocese acknowledged in 2002 that it received two complaints against Hart in the late 1980s and early 1990s, at which point the bishop was sent to a treatment center for psychological evaluation, before returning to lead the Cheyenne Diocese for another eight years. According to The Star, the diocese had received another complaint before the Hunters', but did not tell the family. In 2008, the diocese settled with abuse victims for $10 million; some of the victims named Hart as their abuser.

After the Kansas City-St. Joseph Diocese revealed the accusations against Hart, the first complaint from Wyoming came forward with similar allegations. He told The Star he remembered a police detective telling him "This is a pillar of the community you're attacking. Is this really something you want to do?"

Read this next: Buffalo Diocese hit hard by storm of abuse allegations

"He was not at all interested in getting to the facts. Didn't even care about any of the details," the man said. The special prosecutor dropped the case in July 2002, saying "it is clear that the allegations are without merit." One of Hunter's brothers said his family was never contacted as part of the Wyoming investigation.

Biegler told The Star that the church had ended its investigation into the claims against Hart. An officer with the Cheyenne police told the paper that his department expects to finish with its investigation in early 2019. If the police investigation leads to criminal charges, Hart will become the first U.S. Catholic bishop to face charges of child sex abuse.