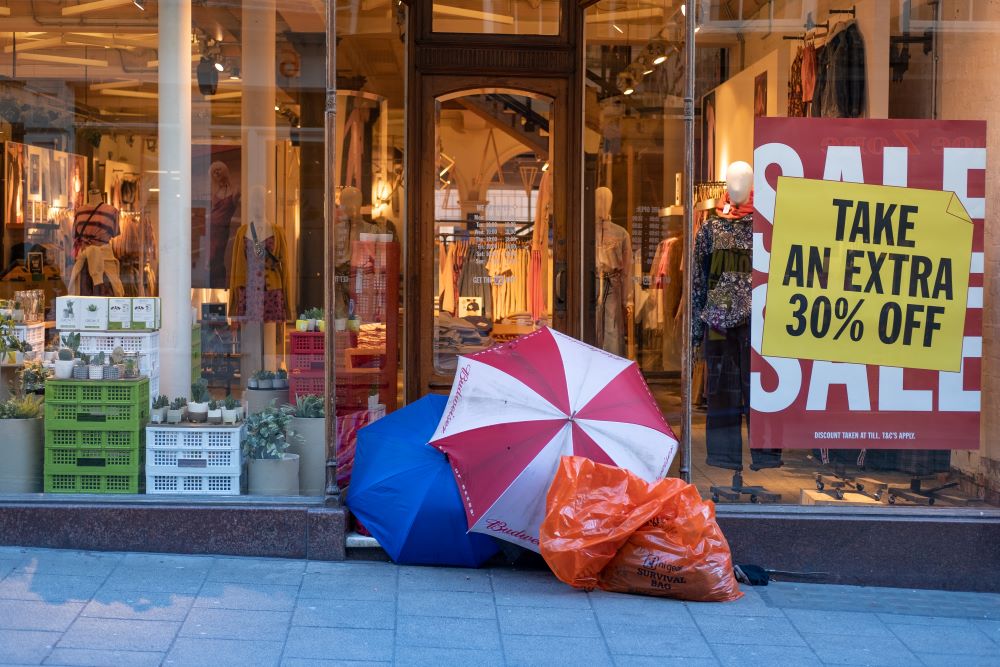 Sometimes a friendly stranger can see things about us that we have trouble seeing for ourselves. Renaud Lassus, minister counselor for economic affairs at the French embassy to the United States, has written The Revival of Democracy in America and the Better Angels of Your Nature, which invites obvious comparison with that most famous of foreign commentaries, Alexis de Tocqueville's 19th century Democracy in America, but that is a very high bar. What is more, the times are so different, facile comparisons are likely to be wrong-headed and serious comparisons are unnecessary: Both French authors tell us what they see, and some of it is very enlightening.

It is one of the burdens of my generation that managing optimism about the state of our democracy does not come easy. Our parents survived the Great Depression and marched across Europe to defeat the most evil regime in history, and defeated the Japanese fascists in the Pacific. They birthed the most vibrant, growing middle class in history. Us? We seem to have mucked it all up and, as we learn more about the last months of the Trump administration, we see just how fragile our democracy is.

Lassus is clear about the dangers to democracy and precise about their sources, most especially the changes in our economic structures and values that began in the 1980s and have created unprecedented degrees of income inequality, vast concentrations of wealth and power, massive amounts of money influencing politics and a host of other challenges we seem incapable of meeting.

He is especially strong when discussing the financialization of the economy, the fact that shareholders became the only stakeholders that matter, and investors made a tacit deal with the managerial class to give them a cut of shareholder value provided they focused almost exclusively on raising the price of a corporation's stock. He writes:

The crisis on these issues is the consequence of the evolution of the American economy, since the early 1980s, to a more financialized, short term-focused form that tends to regard humans as costs rather than resources to be valued.

That is what Pope Francis has been preaching since he assumed the chair of Peter in 2013, yes? That is the crux of the indictment Catholic social doctrine has been offering since 1891, yes? To paraphrase a famous first-century preacher: The economy is made for man; man is not made for the economy.

Some of Lassus' other diagnoses are perhaps easier for a foreigner to see, such as what he terms America's "territorial crisis." He writes:

The United States also seems to offer a prime example of economic "agglomeration effects": investment is concentrated in the territories that are already the best equipped and most prosperous, and skilled workers move to the region gathering the most qualified people. For ten years, the major economic agglomerations and their clusters (San Francisco, New York, Boston, Houston, etc.) have reinforced their positions. The relative economic position of other regions and of the central United States has dwindled. Today population is declining in 60 percent of rural counties.

It is not just that the rich get richer, and the poor get poorer, but that the two groups end up defining the cultures of different regions and, as we witnessed on election night 2016, the wealthy elites are often clueless to the fact of cultural blowback until it is too late.

Yet, Lassus remains optimistic about the latent strengths of our democracy. "Conviction is also strong in the United States about the close ties between scientific progress and freedom," he writes. "Creativity and inventiveness cannot flourish without liberty. Science is thus one of the guarantees of American democracy, ensuring its superiority to other political systems in the world."

Never without nuance, a page later he also notes that "technological change is giving rise to new millenarian utopias. These are in the minority, to be sure, but in the absence of grand collective projects bringing all American together, they can stoke new fears about the sciences.”

He points specifically to “transhumanism,” the idea that humans and machines will be somehow fused. That is scary.

Indeed, the idea of artificial intelligence is deeply problematic as Lassus observes, and cannot be left to the demands of the market to fashion a way forward. Reading that passage brought me back to my college metaphysics course, when the great Paul Weiss explained that a computer could not place a period at the end of a sentence. It only could make a dot, because it could not understand that the period was related to the uppercase letter at the beginning of the sentence or, in the case of poet e. e. cummings, that it was not related because there was no uppercase letter.

Lassus' ideas for reforming capitalism should be required reading for members of Congress. He synthesizes a great deal of literature, provides useful comparisons with Europe and repeatedly connects the reforms of our economic systems with the project of shoring up our democracy. In the 1960s, the country sent astronauts into space. Now, billionaires send themselves into space. There has been a decline in public-spiritedness and we had better find new ways to kindle it.

More and more people in business, public opinion, academia and Congress are realizing that America has let itself go for a generation, stopped thinking in the long term, shown excessive confidence that the market will defend its general interests, and been overly critical of the federal government and its agencies. They are realizing that America cannot answer Chinese competition and its challenges without rebuilding means of public power – not only in the military, where that power has never been at issue, but in research, investment, education, and preparation for the future.

The book has some minor mistakes. Lassus writes, "The Federal Election Campaign Act of 1971 was passed after the Watergate scandal," but the break-in at the Watergate did not occur until 1972 and the Senate established its select committee to look into the matter in 1973.

The larger mistake in Lassus' tome is one of omission: You would have almost no idea from reading his book that America is a deeply religious country. For example, when he writes about genetics and scientific ethics, he observes:

Genome editing techniques are shaking up American democracy. Certain cultural and social traits (consumerism, individualism, the weight of social competition) are conducive to the use of genetic techniques to the detriment of principles like equality, solidarity, and respect for the weak.

Where does he think those principles continue to find regular affirmation? Elsewhere he discusses the importance of civil society to preserving American democracy but does not account for the role of churches in civil society, and how they compare to other types of voluntary organizations. The discussion of the clamant necessity of addressing the climate crisis is also mostly devoid of any mention of religion, despite the prominent role Pope Francis and other religious leaders played in articulating the moral urgency of confronting environmental degradation.

This book commends itself to anyone who is trying to think long term about the crisis of American democracy. Lassus’ criticisms are the constructive criticisms of a friend, and his enthusiasm for much in American culture is a welcome departure from the gloom and doom naysayers peddling dystopian visions of the future. It is not a light read, but it is a good one, informative and compelling in most regards. If only he had taken the time to find out what goes on inside those buildings with steeples on a Sunday morning!