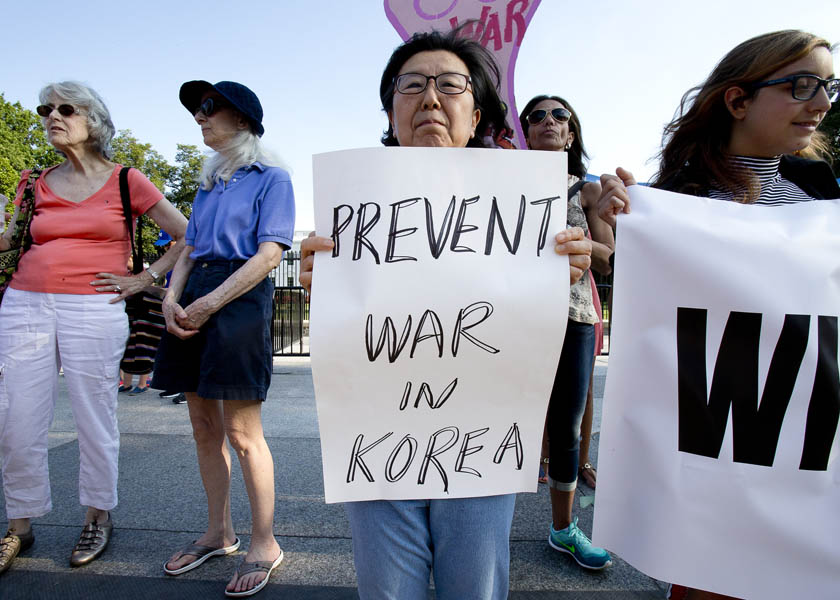 At CatholicMoralTheology.com, five leading Catholic theologians have issued a statement reiterating classic Catholic teaching that threatening a first strike in the Korean showdown is itself immoral. The theologians are also to be praised for — who would have thunk it! — praising President Trump for his recent comments about seeking a diplomatic solution and, less remarkable, reminding everyone that the North Korean regime really is evil. Nicely done.

The Leadership Conference on Civil and Human Rights sends a letter to Secretary of Commerce Wilbur Ross about the need to protect the integrity of the Census. The Census is used to calculate all manner of programs and, as an essentially mathematical exercise, it should be free from ideological interference. Kudos to the National Advocacy Center of the Sisters of the Good Shepherd and the other 168 signatories.

At The American Conservative, Rod Dreher takes on Dominican Fr. Romanus Cessario, who recently defended the kidnapping of Edgardo Mortara in the pages of First Things. Dreher goes further than most conservative writers because he has more intellectual integrity than most conservative writers, and he specifically recognizes the separation of church and state as a liberal achievement and, following Patrick Deneen, says there is no room for nostalgia about the pre-liberal polity of the Papal States. I shall have more on this controversy tomorrow.

Speaking of irresponsible Catholic conservatives, this article from year's end at The New York Times, detailing GOP efforts to undermine the Robert Mueller investigation and the FBI more generally shows why Rep. Francis Rooney, former ambassador to the Holy See, should be shunned at best. Remember when these clowns complain about "the deep state," they are really complaining about the rule of law, as David Frum pointed out.

Once you realize that "deep state" is code for "the rule of law," you can translate their jibberish into something more like English https://t.co/w2dM1JskHg

On a more hopeful note, Republicans lost another special election, this time for a state Senate seat in Wisconsin. Republican Gov. Scott Walker said the loss should serve as a "wake up call" according to Politico. The governor misunderstands the problem: Awake or asleep, the GOP now belongs to Donald Trump and the midterms should be a referendum on his presidency — unless the Democrats decide to make it about late-term abortions and transgender bathrooms.