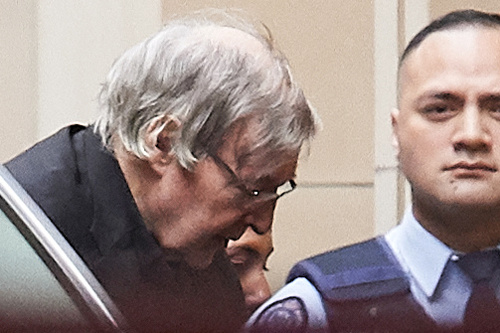 A three-judge panel in Australia has upheld the guilty verdict against Cardinal George Pell. On two of the claims put forward by Pell for overturning the verdict, the three judges were unanimous. On the third claim — the key issue of reasonable doubt — they divided two to one. Pell is already serving a six-year sentence for abusing a minor. 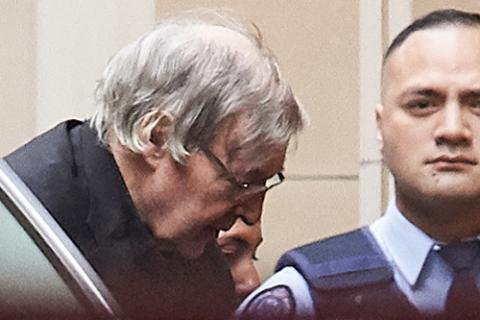 In announcing their decision, the justices emphasized that they found Pell's accuser credible. In the Anglo-Saxon legal system, great deference is given to a jury's assessment of credibility. An appeals court may overturn a lower court decision based on an issue of law, but rarely would they overturn a conviction based on a jury's assessment of credibility. But, the judges went further, positively stating that they agreed with the jury in finding the accuser credible. They also slammed Pell's attorneys who wanted to present an animation of the scene that the judges labeled "tendentious in the extreme."

The other fact that was obvious in the judges' statements was that these cases of sexual abuse rarely have a corroborating witness. That is not how sex abuse works: The perpetrator always tries to conceal the crime. The jury is almost always faced with a "he said/he said" situation. Rarely is there a blue dress offering forensic evidence.

Those of us who were never great fans of Pell can take no delight in this decision: The tragedy of abuse is cancerous, and it affects not only the victim, not only other priests who do not abuse children, not only the entire Body of Christ, but it seems obvious to me that the perpetrator is always himself a sad and sick person, to be pitied as much as punished.

This case, like that of former Cardinal Theodore McCarrick, has left Pell's friends reeling. Many of them could not bring themselves to believe what 12 jurors found credible. Perhaps they never will.

After the trial concluded last February, Pell's longtime friend George Weigel claimed that it is the Australian criminal justice system that is on trial and not the cardinal, because "the case against Pell has been fraught with implausibility and worse from the outset." Weigel failed to note that he was not present for the trial in its entirety and even if he were, in the Australian system, the press is not permitted to see all the evidence: Only the jury, the judge and counsel see all the evidence. Now we can add the appellate judges, who saw videotapes of the testimony none of the rest of us saw. The cardinal or his lawyers told Weigel all about it though, and he trusts them completely. In this regard, Pell is lucky: We should all have such a loyal friend as Weigel.

Weigel is not alone. EWTN — both on its "Nightly News" program and on Raymond Arroyo's show featured Australians who insisted Pell was innocent and that the public animus against the Catholic faith was such that the guilty verdict was as inevitable as it was unjust. LifeSiteNews editor John-Henry Westen called for a novena for the "spiritual and temporal welfare and intentions of His Eminence George Cardinal Pell."

I hope Pell never did the things he was accused of, but the incredulity of his friends is rooted in their belief that the primary cause of clergy sexual abuse is a lack of fidelity. If someone believes what the church teaches about sex and acts on it, then there would be no sex abuse. But, then, if everyone were faithful to the Gospel there would be no theft, no coercion, no war, no malice. In some sense, obviously, a lack of fidelity is involved in clergy sex abuse — as it is in all human sinfulness — but it lacks explanatory value and, in the Pell case, it is no reason to cast aspersions on the Australian judicial system. That system is rated as the 11th best in the world on the Rule of Law index. The U.S. ranks 20th. Australia is not Somalia.

Surely it has dawned on Pell's defenders that many of the characteristics they admire in Pell — his ostentatious orthodoxy, his undoubted vigor, his commitment to the ecclesial vision of Pope St. John Paul II, his willingness to publicly dismiss critics and those who are less enamored of muscular Catholicism than he is — all of those traits were evident in the life of Fr. Marcial Maciel Degollado, too.

Conservative Catholics were quick to embrace the charges leveled against McCarrick, even without a trial verdict. Weigel, for example, never gave the benefit of the doubt to McCarrick whom he acknowledged as guilty of "serial sexual depredations." Why accept the allegations against McCarrick so readily, while maintaining Pell's innocence?

None of us knows with absolute certainty what happened between Pell and the young man who has alleged Pell abused him. It is crushing to think that someone you once admired did something so evil as abuse a child. Pell's friends are experiencing now what McCarrick's friends experienced last year: first, the self-questioning about why the evil was not detected, followed by uncertainty in the soul that the failure to see it makes one complicit. These emotional responses do not make sense, but they happen anyway.

What we have learned as a church is that child abuse was perpetrated by those who are conservative as well as those who are liberal, by those who rose through the ranks of the hierarchy and those who stayed as parish priests, by tall priests and short, by skinny and obese, that the illness afflicted many priests in many different situations. We have learned, too, what steps must be taken to protect children, and what steps must be taken to end the culture of cover-up that allowed the cancer to fester for so long.

My heart goes out to Pell's friends, but they must come to terms with reality: It is virtually impossible, now, to believe that Pell was entirely innocent of the allegations leveled against him. That is not an indictment of his ecclesiology. It takes away nothing of his accomplishments. But, the same could be said of McCarrick. The hypocrisy of treating these two men differently must stop.

Instead, it behooves all of us to invite some scholars in comparative legal studies to examine how different judicial systems and norms interface with the issue of clergy sex abuse. The nature of the crime, the fact that the victim often is unable to admit what happened for years or even decades, has required some jurisdictions to set aside a cornerstone of common law jurisprudence: the statute of limitations. What other changes in jurisprudence are required? Are there aspects of the way the Australian system works that would benefit the U.S. justice system? Could there be best practices that protect the rights of both the victim and the accused?

It is a sad day to be sure. There are no winners in these horrible cases. We must hope that an innocent man has not been wrongly convicted. We should check the hubris at the door about the Australian judicial system and culture and accept that the verdict might have been just. That verdict will not restore innocence to the victim nor dignity to anyone else. But, unless there is new evidence to the contrary, and evidence that is persuasive, or Pell decides to appeal to the country's highest court and he wins his case there, we must accept that justice has been rendered.