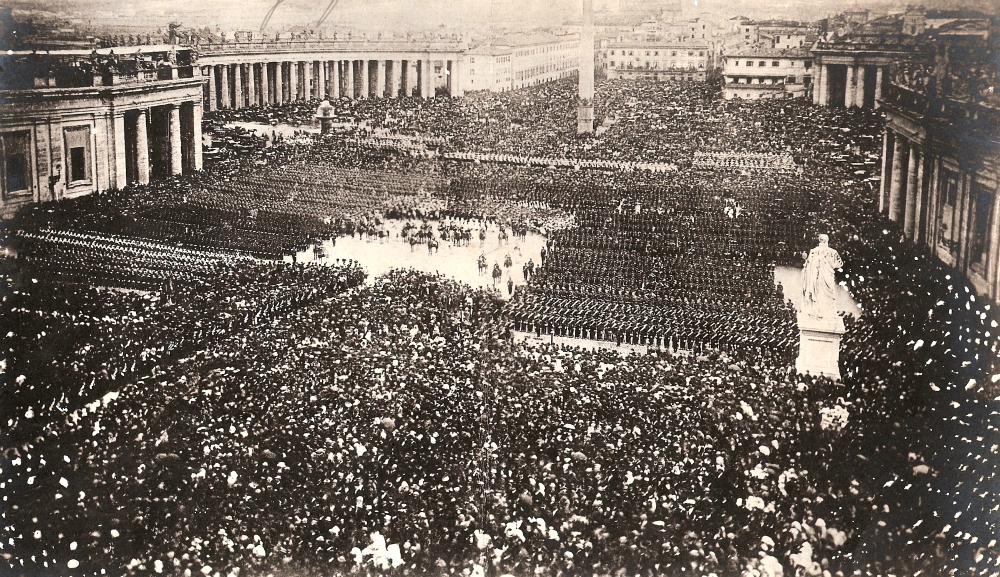 On April 25, 1870, Pope Pius IX blesses his troops for the last time before the defeat of the Papal States in the Capture of Rome later that year. (Wikimedia Commons/Burzagli Family Archives)

Cardinal George Pell is going on trial in Australia to face charges he sexually abused minors. As victims' advocate Anne Barrett Doyle told my colleague Josh McElwee, this trial is a "turning point" in the long saga of compelling accountability by church leaders. It is even more of a turning point than Doyle may realize. Because the big story here is the dog that did not bark, the fact that the Vatican has made no protest at the prospect of a prince of the church standing trial before a civil magistrate.

I cannot think of a single preoccupation of the Catholic Church that has more frequently defined the stances she takes vis-à-vis the ambient culture than the concern for the church's independence and freedom. From the Middle Ages onward, popes undertook a delicate balancing act with other powers seeking control of the Italian peninsula. In individual countries, the church often fought for her rights against monarchs who wanted to control the church's personnel or money or both.

One of the most famous such cases was that of St. Thomas Becket, the archbishop of Canterbury, England. He was killed precisely because he refused to concede that King Henry II had the right to try a cleric for any reason, not only for violations of ecclesiastical law. The church alone claimed the right to judge ecclesiastical persons.

In the 18th century, the Catholic faith was in a bad way. Pope Clement XIV bowed to pressure from the Bourbon monarchs and suppressed the Society of Jesus. Pope Pius VI was coerced into traveling to Vienna to meet with the emperor and seek a rapprochement: The emperor's play backfired as the simple peasants lined the route to seek the blessing of their spiritual father. Pius later fell afoul of Napoleon's endless ambitions and died in custody. His successor also spent many years as Napoleon's prisoner and, after Waterloo, dispatched his crafty secretary of state, Cardinal Ercole Consalvi, to the Congress of Vienna to earn back the Papal States, all in the interest of preserving papal independence.

It is hard for us to grasp this fixation with the temporal power of the papacy. We now know that once freed of the burdens of temporal governance, popes have acquired far more control of the universal church than they ever had before. They completely misjudged the issue. But they truly thought no pope would be spiritually free unless he had his own territory to rule.

They fought the Risorgimento, even bringing in foreign, French troops to protect the pope's control of Rome and earning the enmity of Italian patriots. When the Franco-Prussian War broke out and the French troops returned home to defend their fatherland, Pope Pius IX histrionically became a "prisoner of the Vatican" and refused to leave the precincts of the papal palace. Even the now-iconic scene of a new pope standing on the loggia of St. Peter's and blessing the crowds in the square below was turned inward: The new popes greeted the faithful from the balcony facing into the basilica.

We may never know whether Pope Pius XII refused to forcefully denounce the Nazi terror because he was genuinely convinced he could do more good for the victims of Nazism if left free, or if he continued to operate with that 19th-century fear that maintaining the freedom of the church per se was the most important task a pope faced. Certainly, the concordats he carefully and painstakingly negotiated to guarantee the freedom of the church were of no more use than the concordat his predecessor Pius VII had negotiated with Napoleon. Tyrants tear up paper agreements when the terms no longer suit their ambitions. 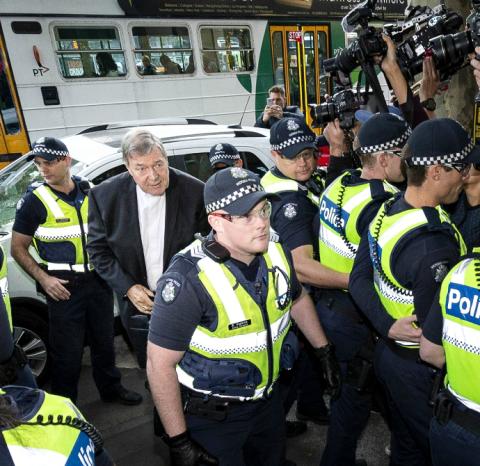 The idea that a cardinal, who was no longer even working in Australia and who could have been given immunity from prosecution by a foreign tribunal quite easily, will be facing a secular jury without so much as a peep of protest from the Vatican is stunning. Finally, at long last, they realize that there are things more important than independence. Protecting children is one of those things.

Do not get me wrong. The liberty of the church, like the freedom to form a union, is a sign of a healthy society. Intermediate social actors protect a culture from both a totalitarian state and from the totalitarian impulses of libertarianism. Radical, erroneous autonomy is as unhealthy as Stalinism and the two look a lot more alike than the advocates of either wish to admit. But the church must not fetishize its freedom and must govern itself internally so that none of its members, no matter how exalted, think they are immune from just civil laws.

The silence about Pell comes at the same time that Pope Francis issued an unprecedented personal apology for his own mishandling of the clergy sex abuse allegations in Chile. As Mathew Schmalz of College of the Holy Cross explained at The Conversation, such an apology is not only unprecedented, it would have been unthinkable in earlier epochs of church history.

I do not know if Pell is guilty of the charges he is facing or not. But this episode will go down in history as the moment when the church's concern for its own independence was placed back in contest where it belongs. Combined with the extraordinary apology from our Holy Father, it marks a point of departure for the church. The days are past when she holds herself accountable only to her own internal processes and laws. Let them be past forever.