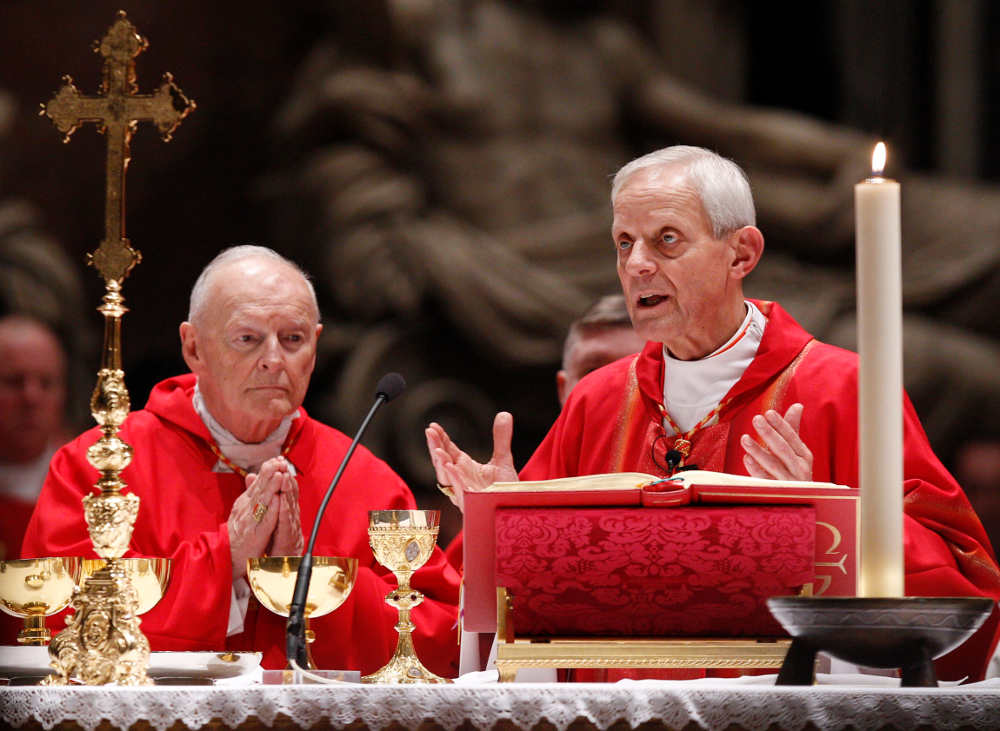 Archbishop Carlo Maria Vigano’s testimony proves one thing: The former Vatican ambassador to the United States is to the clergy sex abuse crisis what Oliver Stone is to the assassination of President John Kennedy, a trafficker in conspiracy theories who mixes fact, fiction and venom to produce something explosive but also suspicious. When you finish reading this testimony, as at the end of Stone’s 1991 movie “JFK,” you can only conclude that the product tells us more about the author than it does about the subject.

Vigano is certainly correct that Cardinal Angelo Sodano, longtime Secretary of State to Pope John Paul II, was a patron of disgraced former-cardinal Theodore McCarrick. Stone recognized the assassination happened in Dallas. But why does Vigno fail to mention the key role played by Cardinal Stanislaus Dsiwisz in protecting McCarrick?

Vigano alleges that Pope Francis lifted sanctions against McCarrick that had been imposed by Pope Benedict. Indeed, the headline on the Edward Pentin story that broke the news of this testimony reads “Ex-nuncio Accuses Pope Francis of Failing to Act on McCarrick’s Abuse.” But, Francis did act. He is the one who removed McCarrick from ministry in June. The central focus of this testimony is the claim that Benedict issued sanctions against McCarrick: “the Cardinal was to leave the seminary where he was living, he was forbidden to celebrate [Mass] in public, to participate in public meetings, to give lectures, to travel, with the obligation of dedicating himself to a life of prayer and penance,” Vigano writes.

During the Benedict papacy, with my own eyes I witnessed McCarrick celebrate Mass in public, participate in meetings, travel, etc. More importantly, so did Pope Benedict! If Benedict imposed these penalties, he certainly did not apply them. He continued to receive McCarrick with the rest of the Papal Foundation, continued to allow him to celebrate Mass publicly at the Vatican, even concelebrating with Benedict at events like consistories. (See photo above taken in 2010.) But, as Vigano tell is, it is all Pope Francis’ fault.

Vigano is more than a little obsessed with homosexuality and names prelates whom he accuses of supporting efforts at “subverting Catholic doctrine on homosexuality.” Filmmaker Stone was obsessed with the grassy knoll. Back in my seminary days, when one of the seminarians would give evidence of this kind of obsession, making wild claims about homosexuality, its sources and its effects, ignoring the emerging scientific and psychological data, the rest of us would look at each other and someone would say, “I would like to take a look at her dance card.”

Something similar is playing out all this summer. Bishops and archbishops speak about gay people with such hatred, you ask yourself how a minister of the Gospel could speak so nastily about other human beings and then it hits you: They are not speaking about other human beings. and you’ve got to wonder if what you are watching is self-hatred unfolding.

Unfortunately, Vigano’s tissue of misinformation will leave its mark. In the midst of a feeding frenzy, no one stops to ask basic questions and even journalists can forget to undertake basic tasks like asking for corroboration or looking at the questions a text such as Vigano’s poses. Here are a few of my questions:

Vigano says he must unburden his conscience now.  Why now? If he felt as disturbed by the filth as he claims to have been, why did he not say anything publicly or at least speak to the bishops conference? I recall a few years back, at a meeting of bishops’ conference, sitting outside the ballroom in Baltimore chatting with a monsignor from the nunciature. He was waiting for Vigano who was in the executive session of the bishops’ meeting. Why did he say nothing then?

McCarrick had nothing, zilch, to do with the selection of Bishop Blase Cupich to become archbishop of Chicago, nor with Archbishop Joseph Tobin going to Newark. It is true that these major sees were filled without the nuncio’s consent or input, which tells you only that Francis recognized just how sick he was before the rest of us did. My dog Ambrose has more influence with Pope Francis than McCarrick did.

Vigano even reaches back to recruit the late Jesuit Fr. Bob Drinan for his conspiracy, and the signatories of the 1967 Land O’ Lakes statement on Catholic higher education. Really? I am reminded of an old Joan Rivers joke about the fact that a UFO has never landed at Harvard or Yale or Stanford. It is always three yahoos in a pick-up drinking beer: “I saw it! There it was!” Church Militant, the Cardinal Newman Society, LifeSiteNews, these are the church’s drunk yahoos and it has been clear for some time that Vigano sees eye-to-eye with these characters. Remember how he tried to ruin a different papal trip? It was he who in 2015 brought Kim Davis, the Kentucky county clerk who refused to issue marriage licenses to same-sex couples, in to meet Francis and falsely presented her as a champion of religious liberty. In fact, Davis was sent to jail because she sought to impose her religious views on others.

And, as my colleague Joshua McElwee pointed out, we know how much Vigano cares about the victims of clergy sex abuse. In Minnesota, Vigano encouraged Auxiliary Bishop Lee Piche to destroy documents relating to the investigation of Archbishop John Nienstedt.

Vigano is a disgruntled former employee. Such people are always a bit angry. They are also often a bit unreliable. He was always a crackpot. But, make no mistake: This is a coordinated attack on Pope Francis. A putsch is afoot and if the U.S. bishops do not, as a body, stand up to defend the Holy Father in the next 24 hours, we shall be slipping towards schism long before the bishops meeting in November. The enemies of Francis have declared war.