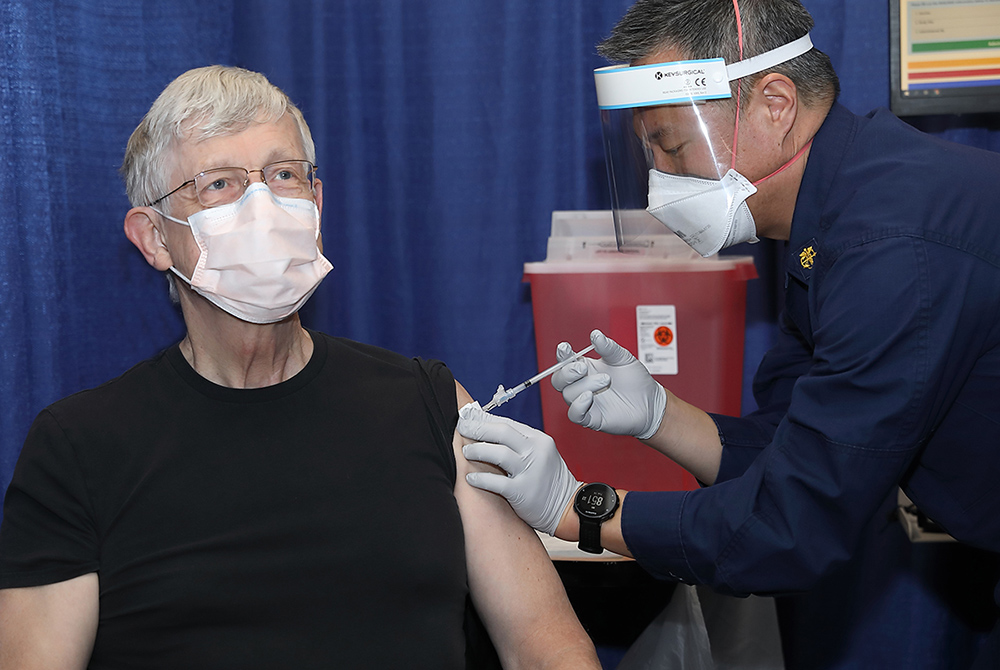 In recent months, the Vatican has used its global megaphone to remind Catholics that the COVID-19 vaccines are morally acceptable, call on wealthy countries to equitably distribute the vaccine and has even turned a papal audience hall into a vaccination clinic for the poor of Rome.

For these efforts, the head of the U.S. National Institutes of Health, Dr. Francis Collins, is praising the Vatican's leadership in the push for vaccine acceptance as "extremely helpful."

"Having a leader in the Catholic Church who has been so outspoken and so willing to lay out the facts and not be dissuaded by a lot of the myths and even conspiracies has been really helpful," Collins told NCR in an interview. "I'm really delighted the Vatican has taken on this role."

Pope Francis has not minced words on the topic, suggesting that a refusal to take the vaccine is "suicidal."

Collins, who is a practicing Christian and was appointed by Pope Benedict XVI to the Vatican's Pontifical Academy of Sciences in 2009, says he agrees with Francis' assessment and "not just because he and I have the same name."

"He is making a very good point. We have something here that is safe and effective. In the United States alone, almost 600,000 people have lost their lives and we're not done with this yet," Collins said.

NCR speaks with Dr. Francis Collins, head of the National Institutes of Health about vaccines and faith. (NCR video/Stephanie Yeagle)

In the U.S., some of those fueling the false rhetoric about vaccines have come from the pope's own house: Bishop Joseph Strickland of Tyler, Texas has openly defied the Vatican alleging that the vaccines are morally illicit, professors at the Catholic University of America have signed on to an open document alleging that the vaccine makes one complicit with abortion, and the U.S. bishops' conference's early messaging on the Johnson & Johnson vaccine fostered confusion among many Catholics.

"Why would you not want to protect yourself from what could be a fatal disease?" Collins asked. "If you say 'no,' well, yeah maybe you are kind of making a suicidal decision, whether you think about it that way or not."

June has been designated by President Joe Biden as a National Month of Action in an effort to mobilize 70% of U.S. adults to get at least one shot by July 4. The public health push also comes at a time when many religious leaders are making a concerted effort to get folks to return to in-person services.

As such, Collins said he believes religious leaders have a special obligation to encourage their congregants to get vaccinated. 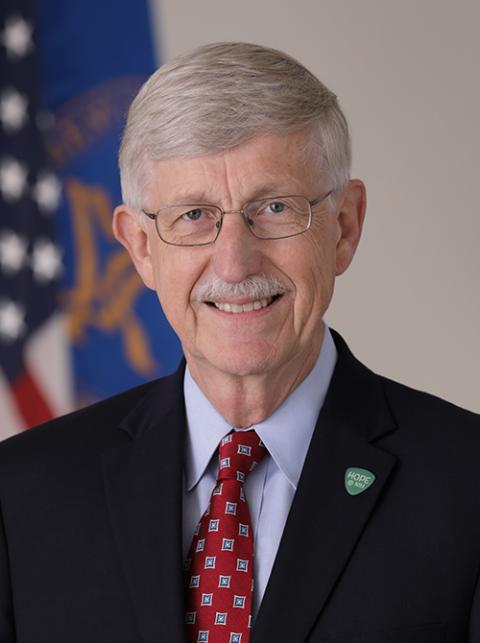 "As a person of faith myself, as well as a scientist, I've been spending a fair amount of my time talking with faith leaders, encouraging them to see themselves as really important voices," he said. "People are looking for credible spokespeople who they think have their best interest at heart to give them some guidance about this."

Collins said that he believes it is important and powerful "to have your pastor or your priest basically say, 'You know, I've looked into this and for my flock, I do think this is something that is going to help you and it will help all of us, because we will be able to get back together again safely.' "

After all, he believes people of faith should be in the " 'love your neighbor' space."

"There are probably 5% of Americans, adults, for whom the vaccine will not give them immunity because their immune systems don't work," such as transplant or cancer patients who are on medicines that suppress the immune system, said Collins. "Those people's best hope to avoid COVID-19 is for this virus to be driven away from our communities by the rest of us getting immunized."

"If you say 'no' to the vaccine, in a certain way, you're putting those people at risk, and, generally, Christians are pretty good about thinking about others and particularly those most vulnerable," he added. "It's one more reason that the decision to roll up your sleeve is the best decision for somebody who really does love their neighbors."

As one academic year comes to a close and colleges and universities are looking towards the start of the fall semester, there is an ongoing debate among many Catholic institutions as to whether students, faculty and staff should be required to get vaccinated.

Collins said he understood the tensions and labeled it a "very challenging decision."

"Certainly though, if you really want to have an opportunity for students to be free to interact with one another without masks and without having to be very distantly apart, the only way to be really sure that's safe is to require that everyone be immunized," he said.

Given the efficacy and the safety of the vaccines, he added, "the opportunity to give that gift to everybody, and have them unwrap the gift and roll up their sleeve just makes so much sense, so I would hope schools wouldn't really have to impose that requirement and people would basically say, 'Well, of course I want that for my kids.' "

During this National Month of Action, the White House has organized easy access to vaccines at some unexpected locations, including barbershops, beauty salons and church fellowship halls on Sunday afternoons, along with free child child care to make the process as seamless as possible.

Collins says he hopes those who remain on the fence about getting vaccinated will realize how much more freedom they will experience by not having the fear of catching or spreading the virus.

And, for him, that includes being able to "pray together, and plan together and just have the experience of being a Christian community again."