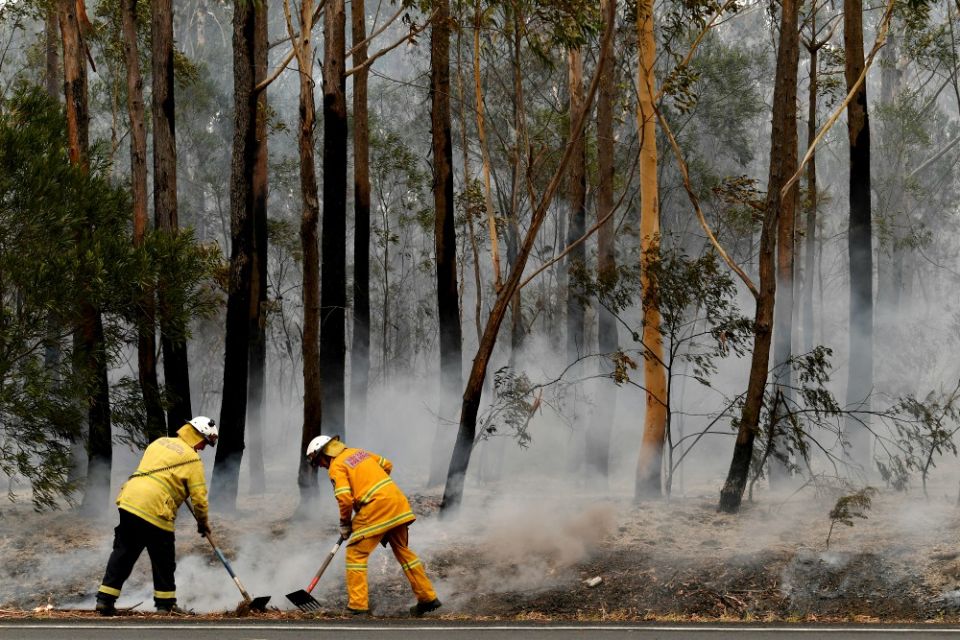 Firefighters contain a bushfire along a highway near Ulladulla, Australia, Jan. 5. Soaring temperatures, often higher than 100 degrees Fahrenheit, and a protracted drought have contributed to an unprecedented national emergency that, by Christmas, had already seen more than 14.5 million acres of forest and rural land burned. (CNS/Reuters/AAP/Dean Lewins)

The devastation unleashed on wildlife by the ongoing bushfires in Australia underscores a key dimension of the worldview sketched by Pope Francis in his 2015 encyclical, "Laudato Si', on Care for Our Common Home."

"Where certain species are destroyed or seriously harmed," Francis wrote, "the values involved are incalculable." 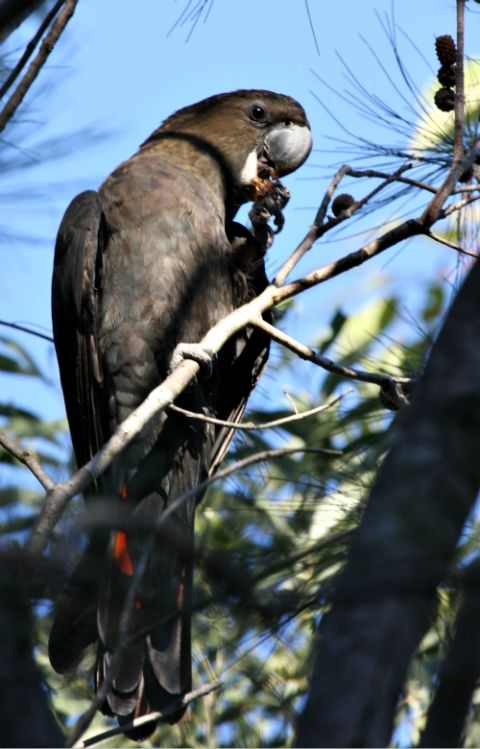 A glossy black cockatoo, one of the species affected by bushfires in Australia, is seen in South East Queensland in 2008. (Wikimedia Commons/Aviceda)

The impact of the Australian fires on biodiversity is severe. More than 100 threatened species are estimated to have lost at least half of their habitats to recent bushfires, according to a Jan. 20 report by The Sydney Morning Herald. But these calculations are likely an underestimation, the report adds. The reality could be worse.

The precise implications of devastation at this scale are not yet clear. However, the voices of a number of Catholic theologians and thinkers, including Pope Francis, suggest not only natural ramifications but moral and spiritual consequences as well.

According to the Morning Herald report, Australia's federal Environment Department found that bushfires have burned more than 80% of the known habitat of 49 species, and 50% of the habitat of 65 other species. Scientists also say the fires have probably already made some species extinct.

This disaster comes at a time when rates of species extinction are accelerating worldwide. A 2019 United Nations report found that about 1 million animal and plant species are currently threatened with extinction, more than at any other time in human history.

As more and more species go extinct, biodiversity — the variety of life on Earth — declines.

In nature, biodiversity plays a number of critically important roles. Stanford Professor Paul Ehrlich refers to them as life-supporting "ecosystem services." These include such tasks as limiting carbon in the atmosphere and recycling nutrients essential for agriculture.

The United Nations report warns of potentially grave consequences for people around the world if "transformative change" does not take place to conserve, restore and sustainably use nature and protect biodiversity around the world.

According to Sir Robert Watson, chair of the Intergovernmental Science-Policy Platform on Biodiversity and Ecosystem Services, which put together the report: "The health of ecosystems on which we and all other species depend is deteriorating more rapidly than ever. We are eroding the very foundations of our economies, livelihoods, food security, health and quality of life worldwide."

Biodiversity has been a major concern of Pope Francis for years. In 2019, he listed the loss of biodiversity as one of his greatest fears, saying "devastation of nature ... can lead to the death of humanity." And he dedicated an entire section of Laudato Si' to the "Loss of Biodiversity."

In it, he begins by acknowledging the potential loss of resources from short-sighted approaches to managing nature. But he quickly pushes against a simple exploitative view of biodiversity:

It is not enough, however, to think of different species merely as potential "resources" to be exploited, while overlooking the fact that they have value in themselves. Each year sees the disappearance of thousands of plant and animal species which we will never know, which our children will never see, because they have been lost for ever. The great majority become extinct for reasons related to human activity. Because of us, thousands of species will no longer give glory to God by their very existence, nor convey their message to us. We have no such right. 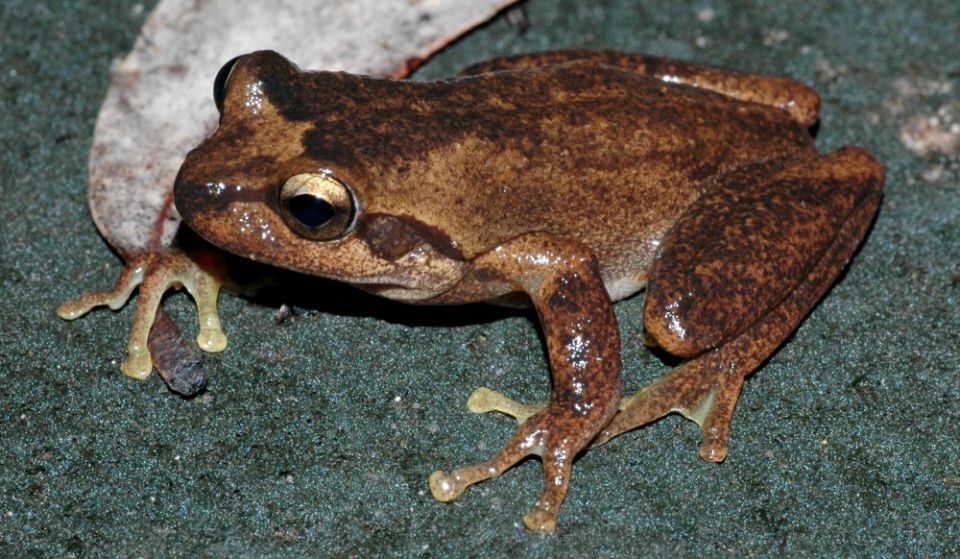 A Littlejohn's tree frog, one of the species severely affected by bushfires in Australia (Wikimedia Commons/Froggydarb)

The United Nations found that the five primary drivers of change in nature affecting biodiversity, in descending order, are:

The U.N. report added that the impacts of climate change on nature are only expected to increase as global temperatures continue to rise. In Australia, we are seeing this play out in real time as massive fires continue to burn throughout the country.

In a November 2019 study reported by The Guardian, Australia's National Environmental Science Program was clear in its assessment: "Human-caused climate change has resulted in more dangerous weather conditions for bushfires in recent decades for many regions of Australia."

In a spiritual sense, Catholic thinkers suggest the level of destruction we are seeing connected to human activity is a matter of sin.

In her 2014 book, Ask the Beasts: Darwin and the God of Love, St. Joseph Sr. Elizabeth Johnson, a theologian and professor at Fordham University, put it this way: "We humans sin when by acts of commission, omission, or sheer indifference we disappear species, reduce biodiversity, break up integrated ecosystems, and cut off future possibilities."

This is because, Johnson writes, biodiversity "in its own natural way manifests the goodness of God which goes beyond our imagination." Quoting theologian Denis Edwards, she says it is no single creature but the diversity of life on earth that "can give expression to the radical diversity and otherness of the trinitarian God."

"The mirror of who God is is somehow reflected in the world around us and in the biodiversity around us," Celia Deane-Drummond, director of the Laudato Si' Research Institute at Campion Hall at the University of Oxford, told NCR in September. "So if we start and we get involved in ecological and biodiversity destruction, we are in some sense defacing that mirror of God that we see in the world."

Deane-Drummond was among several participants in a webinar available online here. The title: "Should we be saving souls or seals?: What Christianity says about biodiversity."

[Jesse Remedios is an NCR staff writer. His email address is jremedios@ncronline.org. Follow him on Twitter at @jcremedios.]