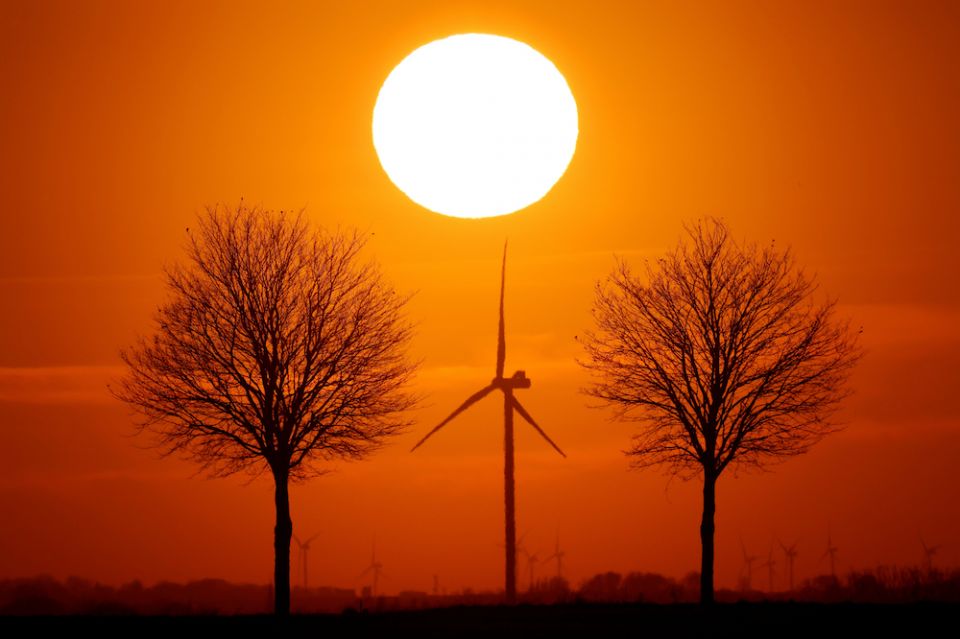 But experts say more is needed, and we do not have much time to act to save the planet. Surveys show that people of faith recognize the urgency of climate change, but are more reluctant to act.

Leaders of the world's major religions have spoken out strongly in recent years. Could they be doing more to spur their followers to action?

The United Nations Intergovernmental Panel on Climate Change in October 2018 issued a report that said that the world has just over a decade to get climate change under control.

To avoid warming the planet beyond the danger level of 1.5 degrees Celsius over preindustrial levels, the panel stated, would require, by 2030, a "rapid and far-reaching" transformation of human behavior at a rate that the world has never seen.

In UNESCO's recent "The World in 2030" Survey Report, 67% of the more than 15,000 respondents, more than half of whom were under age 35, considered climate change and loss of biodiversity the greatest challenge facing humanity.

But while 95% felt that cooperation among countries was essential to meet these challenges, only one in four believed it would happen. The results indicate a strong appreciation for multilateralism, but a "crisis of faith in its effectiveness," the authors said.

Related: What Biden got right in his approach to climate change

More than eight in 10 people on the planet (84%) identify with a religious tradition — including 2.3 billion Christians, 1.8 billion Muslims, 1.1 billion Hindus, 500 million Buddhists, and 14 million Jews. Just these five larger religions account for nearly three-fourths of all religiously affiliated people in the world.

Given the lack of belief that humanity can act in time to save life as we know it on the planet, can the world's religions provide guidance and motivation for governments to take effective collaborative action?

The answer is perhaps — but more needs to be done.

The good news is that in recent years, leaders of many world religions have issued strong statements urging their members to make the environment a major moral issue.

Before the December 2015 Paris Climate Conference, leaders in the largest five faith traditions argued that it is a moral imperative for their members and all people of good will to act now to save the planet.

Pope Francis' encyclical "Laudato Si', on Care for our Common Home" is perhaps the best known, followed by the "Rabbinic Letter on the Climate Crisis" signed by over 300 American rabbis, and the World Council of Churches' "Statement of Faith and Spiritual Leaders on the Upcoming United Nations Climate Change Conference." All were issued in the months ahead of the key 2015 U.N. climate summit, which led to the Paris Agreement. 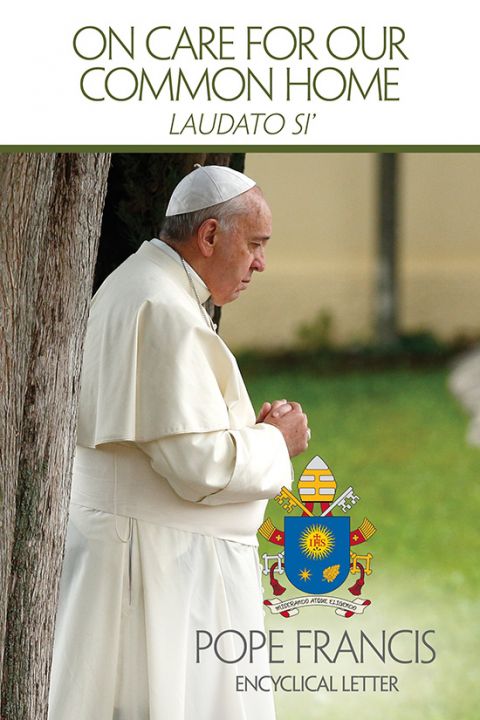 This is the cover of the English edition of Pope Francis' encyclical on the environment, "Laudato Si', on Care for Our Common Home." (CNS/Courtesy of U.S. Conference of Catholic Bishops)

All these statements endorsed scientists' findings about serious environmental decline and drew upon each respective tradition's scriptures and values, which make environmental action a necessary part of their faith commitment.

The Forum on Religion and Ecology at Yale University tracks many sustainability projects around the world that are supported by religious institutions of major faiths. These projects are a hopeful sign that world religions are putting their words into action to promote education and environmental sustainability.

As impressive as are these statements and programs may be, however, the major players in the climate policy arena are governments and intergovernmental institutions.

Studies indicate that people who identify with these five major religions — around three-fourths of the global population — are aware of the problem, but do not yet demonstrate sustained support for strong multilateral action to solve it.

According to the Pew Research Center, 54% of the world's people consider "climate change … a very serious problem." The figure is higher in regions where religious practice is relatively high — 74% in Latin America and 61% in Africa.

Even as far back as 2010, Pew Research Center reported that in the United States, solid majorities of major religious traditions favored stronger laws protecting the environment — 85% of Catholics, 79% of Black Protestants and 73% of white evangelical Protestants.

This is the good news. The question is: What are religious people with awareness doing to help solve it?

In developing countries where religious practice is higher, the suffering from environmental pollution is greatest, but the power to solve the problem is least.

In the United States — a major polluter — there is power to influence government to act, but religious people are not hearing about it regularly enough in their houses of worship. Nor are they given guidance by clergy as how to act responsibly to save the environment.

Time for bold action from leaders

This is the time for religious leaders to act boldly, since saving the environment is a pro-life issue.

The World Health Organization (WHO) projects that climate change will cause approximately 250,000 additional deaths per year between 2030 and 2050. Elderly people, children and those living in coastal cities are expected to be particularly vulnerable.

Catholic bishops regularly speak about abortion and the sanctity of traditional marriage. Several dioceses recently held webinars to point out what they consider to be morally questionable parts of the Equality Act.

If they began to support policies to protect the environment and called pollution an "ecological sin" (as did the Synod of Bishops on the Amazon in 2019), those in the pews might be mobilized to channel their environmental awareness and concerns into action.

Members of the hierarchy are sometimes very specific when they point out what they believe is wrong in public policies affecting the unborn. There is no serious reason why they could not make saving the environment a major moral imperative for Catholics, as well. It is one of the most critical pro-life challenges of our era, and time is running out to prevent massive deaths in the coming decades.

If one is "pro-life" for the unborn, one cannot remain "pro-choice" regarding the environment. Without bold action now, millions of born humans will die in the next 20 years because of inaction in face of this planetary crisis.

Churches and synagogues traditionally have mobilized members around public moral challenges, such as civil rights and peace a generation ago. Environmental degradation is fast becoming a major killer around the globe.

Liturgies at the parish/congregational level, adult education seminars in houses of worship, webinars by clergy and laity experts, joining forces with environmental advocacy groups to affect public policy — all are doable strategies to translate the goodwill of people of faith into more action to affect policy and press for effective international cooperation.

So many religious Americans are unaware of the environmental statements and actions by leaders of their faith traditions. How many Catholics, for example, know of the important work of Global Catholic Climate Movement and Catholic Climate Covenant?

That these statements and actions are among the best-kept secrets in religious communities in America is a great loss. Educating local parishes and congregations about what their co-religionists are saying and doing globally could inspire them to act themselves locally and internationally in this global movement to save planetary life.

Marshalling the networks of major religious denominations to cooperate globally could also stimulate greater multilateral actions by governments and corporations.

One final observation: According to a recent Gallup report, 31% of millennials (1981-1996) "have no religious affiliation" 33% of Generation Z adults (born 1997-2002) "have no religious preference." These younger "nones," ages 18-40, aren't connected to religious communities. Clergy are concerned about finding ways to engage them.

Auxiliary Bishop Robert Barron of Los Angeles has created the Word on Fire online programs to reach them. How about a World on Fire ecumenical effort among major denominations, nationally and internationally, to promote greater environmental action among their members?

Such an effort would not only help mobilize many persons of faith to affect governmental policies positively. It could also attract significant participation by these young "nones," who are deeply concerned about the environment. It could demonstrate to them that religion can be a vital moral force and rekindle their faith that institutions can act effectively and multilaterally to save the planet. 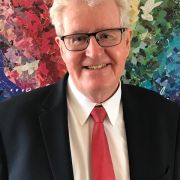 Brian H. Smith is professor emeritus of religion at Ripon College in Ripon, Wisconsin. He was a member of the Society of Jesus for 21 years.