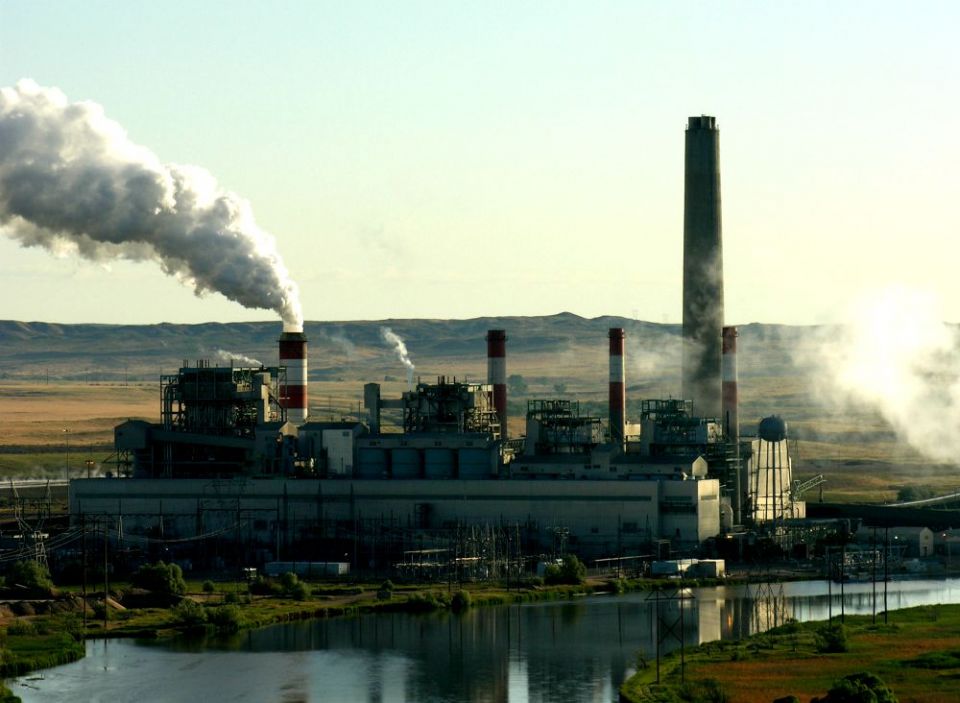 The Dave Johnson coal-fired power plant in Glenrock, Wyoming, pictured in 2006, was built in 1958. (Flickr/Greg Goebel)

Catholic groups voiced dismay and disagreement with a proposed rule from the Trump administration to weaken regulations on carbon pollution from coal-fired power plants that in the process could result in 1,400 more premature deaths annually.

The U.S. Environmental Protection Agency on Aug. 21 unveiled the new rule, called the Affordable Clean Energy rule. If adopted, it would replace the Clean Power Plan — the 2015 Obama-era rule that formed the cornerstone of the previous president's climate change policy and sought to limit carbon dioxide emissions from coal- and gas-fired power plants by 32 percent compared to 2005 levels by 2030.

By contrast, the Affordable Clean Energy (ACE) rule would limit carbon emissions by 0.7 percent to 1.5 percent over the same time frame.

Carbon pollution is the primary driver of climate change, with the power sector long being the largest source of such emissions in the country but recently surpassed by transportation; earlier this month, the EPA also moved to roll back fuel efficiency standards for vehicles.

The EPA said that the Clean Power Plan, issued by the agency under President Barack Obama but which never went into effect, exceeded its regulatory authority under the Clean Air Act by pursuing measures outside of power plants and attempting to prioritize renewable energy sources over fossil fuels.

"The ACE Rule would restore the rule of law and empower states to reduce greenhouse gas emissions and provide modern, reliable, and affordable energy for all Americans," Andrew Wheeler, EPA acting administrator, said in a press release.

The rule would give states greater flexibility in setting their own emissions reductions standards to comply with EPA guidelines. It emphasizes efficiency improvements at coal plants rather than replacing them, a move critics say would exacerbate climate change by allowing coal plants to keep firing and polluting, while supporters see it as a way to boost a declining industry that has seen 200-plus coal plant closings since 2010.

"We are putting our great coal miners back to work," Trump said at a rally Aug. 21 in Charleston, West Virginia. He later added "We're cancelling Obama's illegal anti-coal destroying regulations."

At one point, he spoke of the "indestructible" nature of coal, compared to other energy forms.

The Catholic Climate Covenant, in a statement expressing "disappointment" with the proposed weaker standards, cited Pope Francis' encyclical "Laudato Si', on Care for Our Common Home" where the pope stated "We know that technology on the use of highly polluting fossil fuels — especially coal, but also oil and, to a lesser degree, gas — needs to be progressively replaced without delay."

"By law, the Environmental Protection Agency is required to reduce pollution contributing to climate change, to protect human health and to promote clean air. This new proposal does none of those things," Catholic Climate Covenant Executive Director Dan Misleh said.

The Leadership Conference of Women Religious, one of Catholic Climate Covenant's 17 national partners, said they were "deeply troubled" by the effort to roll back the Clean Power Plan, particularly given the United States' historical standing as the world's largest carbon polluter.

"We call on all people of good will to join us in opposing this rule that threatens the health and safety of our neighbors and our planet home," LCWR said. 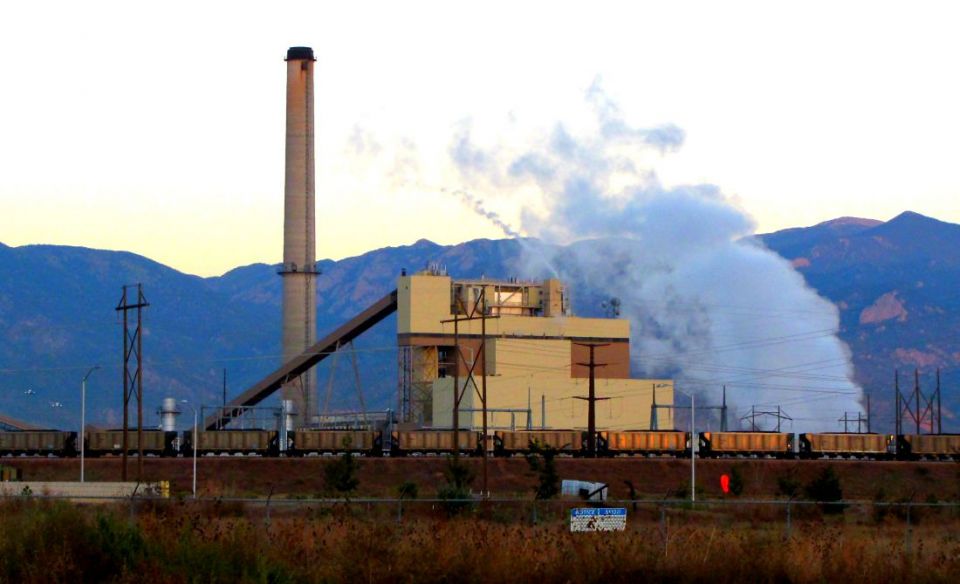 An EPA analysis of the Affordable Clean Energy rule estimated its implementation could lead to 470 to 1,400 more premature deaths among adults annually by 2030, in part due to the increased release of air pollutants tied to heart and lung disease, as well as asthma and bronchitis. In addition, the agency's report anticipated 48,000 additional cases of exacerbated asthma, 42,000 lost work days and 21,000 school absences.

By comparison, analyses of the Clean Power Plan projected it would prevent up to 6,600 premature deaths, and as many as 150,000 childhood asthma attacks and 2,800 hospital admissions.

In a statement, the Adrian Dominicans said the Affordable Clean Energy rule, in addition threatening long-term efforts to address climate change, "also presents a clear and present danger" through its impact on human health.

The Franciscan Action Network called the Affordable Clean Energy rule "inexcusable" and a clear attempt "to put profit before people and planet."

"There is no excuse for this recklessness that will lead to a lower quality of life for thousands of Americans, especially those in lower income communities where many older coal powered plants are housed," said Franciscan Action Network Executive Director Patrick Carolan. "This is a deliberate decision by the Trump administration to once again target poor brown and black communities, which will unilaterally lead to more deaths."

"The EPA's mission is to protect human health and the environment," she said in a statement.

Faith groups, which backed the Clean Power Plan throughout its many, at times tumultuous, stages, have consistently highlighted the health impacts of polluting power plants on nearby communities, often people of color. Coal miners have also spoken out, including at a December listening session on the proposed repeal of the Clean Power Plan, about the health complications they have suffered from the burning of coal.

In comments to The New York Times, EPA's assistant administrator on air and radiation William Wehrum acknowledged "collateral effects" from the proposed rule but said that the agency had legal authority to directly address other air pollutants that can cause health issues.

EPA estimated replacing the Clean Power Plan with its proposed rule could result $400 million in annual net benefits and up to $6.4 billion in avoided compliance costs — down from its projection of $33 billion in savings in October.

On the cost of regulations, the Franciscan Action Network pointed to a 2017 draft report to Congress that found major federal regulations over the past decade yielded between $287 billion and nearly $1 trillion in benefits while costing between $78 billion and $115 billion. As for EPA's clean air regulations, the report estimated benefits ranging from $182 billion to $684 billion, at a cost of approximately $50-60 billion.

Repeal of the Clean Power Plan was a primary focus once Trump entered the Oval Office and was initiated by then-EPA Administrator Scott Pruitt, a former Oklahoma attorney general who joined a lawsuit against the pollutions standards. The proposed new rule was signed by Pruitt's successor Wheeler, a former coal lobbyist.

EPA projects once the Affordable Clean Energy rule is fully implemented, reductions in carbon emissions, combined with progress already made, of approximately 33 percent to 34 percent below 2005 levels. While some environmental groups have long contended that the Clean Power Plan didn't go far enough, they hold that overall emissions reductions would still be greater under those standards. 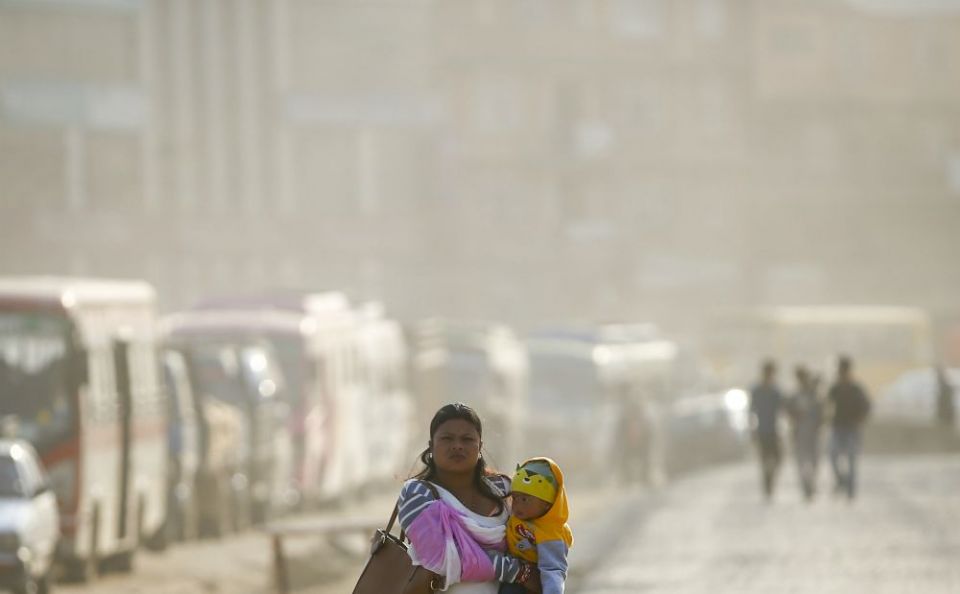 The reduction of carbon emissions is integral to efforts to limit climate change. Under the Paris Agreement, the global community agreed to take measures to hold average global temperature rise between 1.5 and 2 degrees Celsius (2.7 to 3.6 Fahrenheit).

Scientists project that as the planet warms, the impacts of climate change — including increased droughts and more intense heatwaves, extreme storms, flooding and wildfires — will continue to worsen and likely become irreversible once the planet crosses the 2-degrees benchmark.

Combined with the planned U.S. exit from the Paris Agreement and the potential halting of increased vehicle emissions standards, the weakened rule on power plant pollution "continues the Trump Administration's dangerous assault on efforts to address the long-term impacts of deleterious climate change," the Adrian Dominicans said.

"These troubling actions move us, as a people and nation, away from the 'new and universal solidarity' that is required to address the existential threat of global climate change. That solidarity, as Pope Francis wrote in Laudato Sí, is with the whole community of life on God's Earth," the sisters said.

Religious communities and organizations have reported witnessing the devastation on human life resulting from a warming planet in areas where they minister around the globe. The Missionary Society of St. Columban pointed to regions facing intense drought like California and Pakistan, and others struck by extreme storms, like Fiji and the Philippines, as providing firsthand knowledge of "the consequences of a weakened commitment to climate action."

Earlier this year, the Columbans joined other religious groups, including the U.S. Conference of Catholic Bishops, in calling for a Clean Power Plan substitute to "match or exceed" that rule's emissions targets. "The proposed replacement," they said, "does the opposite."

"This plan is one more example that the administration does not appreciate the extent to which the insatiable energy demands of our economy are tearing apart the web of life," said its advocacy arm, the Columban Center for Advocacy and Outreach.

The proposed rule is open to public comments for 60 days following its publication in the Federal Register.

LCWR and Catholic Climate Covenant are encouraging Catholics to comment on the rule. Earlier this week, the Covenant has provided guidance to its members on writing letters to the editor to express their concern while highlighting Catholic values.

"It is critical that you show your community and your public officials that Catholics support clean air and climate action," it said.