by Tom Tracy, Catholic News Service
This article appears in the The Field Hospital feature series. View the full series. 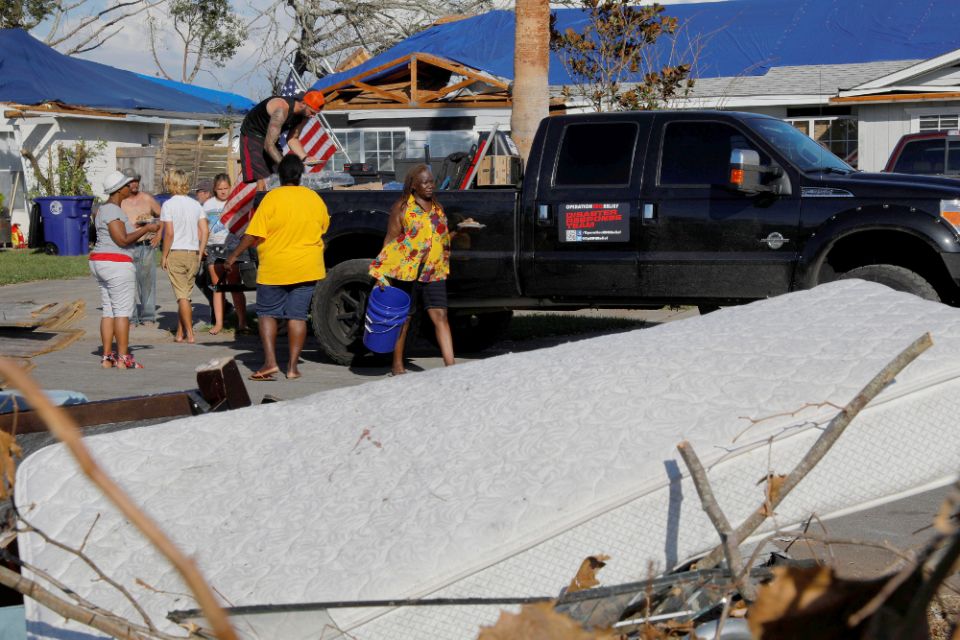 Miami — Yirca Salazar, a quality assurance specialist for Catholic Charities of the Archdiocese of Miami, was just a toddler when 1992's Category-5 Hurricane Andrew left a trail of destruction south of Miami.

Salazar doesn't remember much about that historic storm, whose wind strength is being compared to this year's Hurricane Michael and its cataclysmic impact on parts of the Florida Panhandle.

But Salazar said she will remember the destruction Michael has wrought.

"This was my first time to volunteer in providing disaster relief firsthand and for me was a great experience to be that face, and to be those hands that work with the community and actually being able to say to people, 'We have food and we have diapers and we have water,'" Salazar told the Florida Catholic, newspaper of the Archdiocese of Miami.

She was part of a four-person team from Catholic Charities of Miami to do a four-day, fact-finding and needs assessment during the week of Oct. 15 in three or four rural and coastal areas of the Florida Panhandle.

Hurricane Michael's Oct. 10 landfall brought near Category-5 strength winds when it came ashore at Mexico Beach, near Panama City on the Florida Gulf Coast. Two weeks after the storm came ashore, Michael's death toll has risen to 29 in Florida alone and a total of 39 across the Southern United States. Much of the impacted region remains without power and clean water.

While housed at a Catholic retreat center in nearby Tallahassee, the Miami team focused on needs assessments and establishing a new distribution center in the town of Quincy, where some 99 percent of the residents of the rural area are Hispanic farmworkers, including seasonal workers and those in the country without legal documents.

They also toured the towns of Port St. Joe and hard-hit Mexico Beach near Panama City, considered the storm's epicenter.

"We drove by to see what the impact was in Mexico Beach and it is really sad to see so many homes destroyed — it will take a long time for them to recover," Salazar said. "In Quincy, there are a lot of migrant workers and a lot of their crops are damaged so they are not working. We saw very large families of six, eight and 11 people."

She noted the Miami team may return at a future date and that other Catholic Charities teams are helping to staff the volunteer distribution sites, generally staged at about four Catholic churches.

Some of the distribution sites are so busy that drive-by food and supplies distribution are the best way to manage the demands. 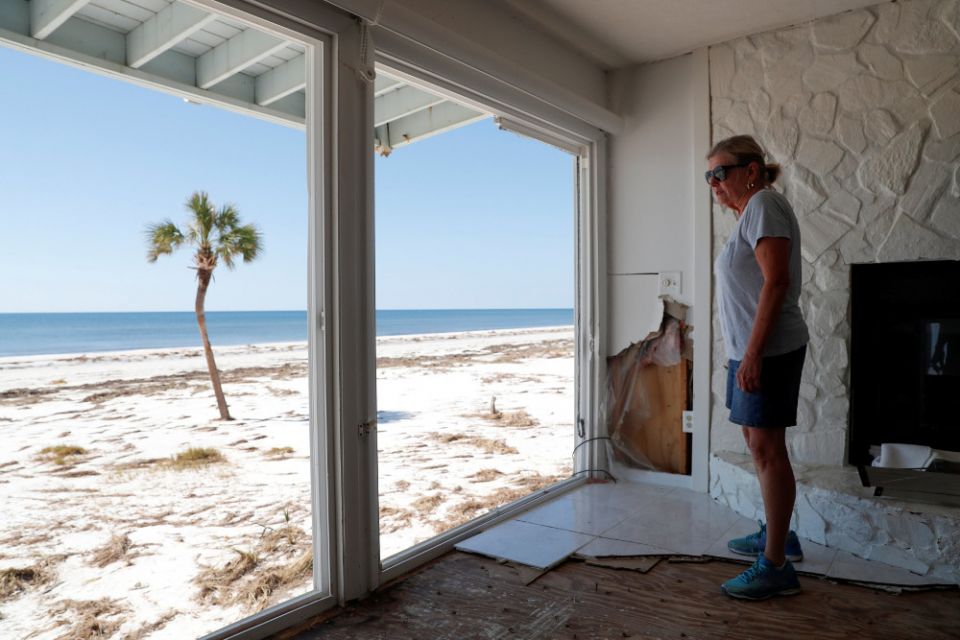 A ground-zero distribution site at St. Dominic Church in Panama City has been accommodating some 4,000 to 5,000 persons a day coming for food and cleaning supplies, including about 3,000 people a day who request a hot meal, according to Matthew Knee, executive director of Catholic Charities of Northwest Florida.

Knee said it requires some 75 volunteers a day to run the St. Dominic site during the week and about double that on the weekends. He estimated that an estimated 10 church properties experienced severe damage, with three or four churches rendered unusable.

"We have redefined what severe damage is now. If the church still has four walls and part of a roof, they are doing pretty well. A few have been taken down to their foundations, including Our Lady of Guadalupe Church in Mexico Beach, which was really taken down to the foundation," said Knee.

He said he grew up in Florida and that until now, 2004's Hurricane Ivan was the regional benchmark for destructive storms in the Panhandle. But Michael's wind and storm surge may have reset the bar, he noted.

"People here are saying Hurricane Ivan did not compare to Michael: This one the damage is so widespread and totally different. Many are saying Hurricane Michael hands down makes Ivan look like an afternoon thunderstorm and will be the new baseline," said Knee, who underscored the need for a continuing volunteer effort to run basic goods distribution sites for the foreseeable future.

"We are still doing our immediate needs assistance out of multiple churches," he said. "The community has really pulled together, but our concern is that this will get pushed out of the way by the next big storm or next big news story. Please do not forget us. This will be a long process."

Devika Austin, a Catholic Charities staffer from Miami, said she spoke with clergy at St. Thomas the Apostle, a rural inland parish in Quincy, some 80 miles north of Mexico Beach, where power outages and wind damages are spelling trouble for the tomato-growing business and its workforce there.

"This is their time to start working their crops and with the storm they don't know if people will stay and try to work the situation or if they end up leaving," Austin said. "There is no water in areas and no natural gas. We saw some were cooking outdoors."

Austin helped establish a new distribution of donations in Quincy, and another team from other Florida dioceses were expected to continue staffing the site this week.

Peter Routsis-Arroyo, CEO of Catholic Charities of Miami, noted that many of his staff and others around the region had not experienced firsthand the busy hurricane seasons of 2004 and 2005 and were now getting their firsthand experience on hurricane disaster relief in the Panhandle.

After the prolonged period of emergency assistance and donated supplies distribution ends in the Panhandle, there will be a time for addressing lingering effects of trauma and mental illness caused by a storm of this magnitude.

"I run into staff and (Charities) board members who have very vivid memories of (1992's) Hurricane Andrew and it goes to show the post-traumatic stress that these things can cause," said Routsis-Arroyo, who noted that some $2 million of Red Cross grants were given regionally to assist with mental health counseling following last year's Hurricane Irma in Florida. He further credited Catholic Charities USA for recently designating $1 million in donated funds for Hurricane Michael victims.

"I thought what appeared to be a slow hurricane season in 2018 has turned into a monster. This has been the most active season on record in the Pacific Ocean, and certainly ours here in the Atlantic has been active," he added. "The surviving grace here is that it is now later in October, and we won't have the suffocating heat of August and September."