A tugboat in New York City pushes a fuel oil barge past the Statue of Liberty Oct 13, 2021. (CNS/Reuters/Brendan McDermid)

The Catholic Theological Society of America at its annual conference resolved to divest its financial funds from fossil fuels, a move great in moral weight and one backers hope is rich with potential to inspire similar actions at its members' institutions in light of the current urgent "global environmental disaster."

The board of directors of CTSA, the world's largest organization of theologians, counting more than 1,300 members, passed three resolutions related to fossil fuel divestment during its June 9-12 conference, held this year in Atlanta and in person for the first time since the coronavirus pandemic.

The resolutions freeze any new investments, as of June 30, in companies included in the Carbon Underground 200, a list of oil, gas and coal companies with the largest fossil fuel reserves worldwide. The resolutions direct CTSA to divest all direct or commingled investments in those companies by the society's 2025 convention.

The divestment resolutions, which CTSA said follows guidance on environmentally responsible investing from the Vatican, note 2025 is when scientists have projected that global greenhouse gas emissions — whose primary source is the burning of fossil fuels — must peak in order for the world to have a greater-than-50% chance to limit global warming to 1.5 degrees Celsius, the more ambitious temperature goal under the 2015 Paris Agreement on climate change.

"Given the global environmental disaster that grows more urgent each day, it was necessary that the CTSA finally make these decisions and thus move irreversibly toward divestment," Jesuit Fr. Francis Clooney, incoming CTSA president, said in a statement. Clooney is the Parkman Professor of Divinity at Harvard University, which itself divested in the fall. 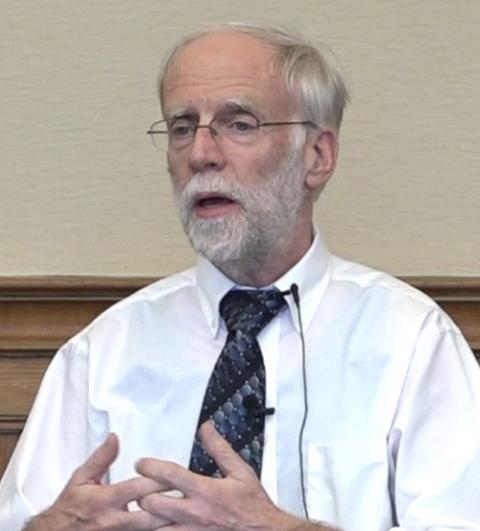 While the size of CTSA's investment pool is unclear, the power in the theological society's move away from fossil fuels may well rest more in its moral heft, as a long-respected voice in the Catholic Church with the potential to send a ripple effect through its membership and the wider church.

"Ours is a small contribution to a great cause, but we hope that it will also inspire CTSA members to work all the more vigorously toward divestment at their home institutions," Clooney said.

A third resolution directs Clooney as CTSA president to create a task force to develop a plan ahead of next year's conference to carry out the fossil fuel divestment process.

Christine Hinze, a theologian at Fordham University and outgoing CTSA president who oversaw the resolutions' passage, called the decision "most fitting."

"It is a move which culminates over a decade of cumulative research, consultation, and deliberation concerning fossil fuel divestment by dedicated CTSA members and leadership," she said in the statement.

CTSA becomes one of the most notable U.S. Catholic institutions to publicly declare intentions to cease financial investments in companies whose primary business is the extraction and refining of coal, oil and gas.

So too have the Association of U.S. Catholic Priests, the SSM Health medical system, the philanthropic network FADICA, and more than a dozen religious congregations, including the Sisters of St. Joseph of Peace, who in June completed the divestment process.

Globally, approximately 300 Catholic institutions have committed to divest their finances from or to avoid future investments in fossil fuel companies.

The Laudato Si' Movement, which has played a leading role in pushing divestment within the Catholic Church, has planned its next joint divestment announcement for July.

In its statement, CTSA said the resolutions "enact the Vatican's divestment endorsement." In recent years, the Vatican has recommended divesting from fossil fuels and companies responsible for environmental degradation in guidelines for implementing Pope Francis' 2015 encyclical, "Laudato Si', on Care for Our Common Home," and as part of its Laudato Si' Action Platform.

CTSA's decision also came on the recommendation of an ad hoc committee appointed to study the topic. The committee was chaired by Erin Lothes, an associate professor of theology at St. Elizabeth University and a senior program manager for the Laudato Si' Movement. Lothes has been a leading theologian on environmental and climate issues, including energy ethics on which she led a three-year study of the U.S. bishops' 1981 statement on energy.

That statement came after the country faced several oil shortages throughout the 1970s. CTSA's decision to divest comes as new fuel anxieties have emerged as prices soar globally amid the Russian invasion of Ukraine and inflation in the wake of the pandemic.

Lothes told EarthBeat that even with today's rising fuel costs, she believed moving away from fossil fuels was still the right move. 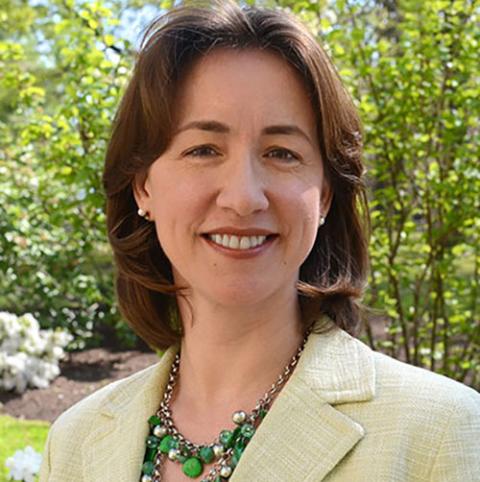 "Gas prices go up and down but what isn't changing is the scientific fact of the worsening climate crisis," she said in an email.

"Now is the time to act by rapidly scaling up the positive technologies of renewable energy that already exist and by replacing the polluting, unhealthy fossil fuels that are driving the climate crisis. We can't have change if we continue to invest in fossil fuels, and we have options," she added.

A report from the ad hoc committee, submitted on Earth Day (April 22) this year, reviewed the latest science on climate change alongside the papal teachings of Francis, Benedict XVI and John Paul II as well as the work of theologians like Leonardo Boff, Ivone Gebara and Daniel Castillo. It also reviewed environmental justice principles and the recently updated socially responsible investment guidelines from the U.S. Conference of Catholic Bishops, which in a section on environmental concerns encourage engagement with companies but allow for divestment as an option with "companies that consistently fail to initiate policies intended to achieve the Paris Agreement goals."

The CTSA ad hoc report noted that the planet has already heated roughly 1.1 C above preindustrial times and at current emissions rates is set to reach 1.5 C as early as 2030. Surpassing that level is expected to bring about disastrous consequences, they wrote, as floods, wildfires, droughts and storms increase in strength and frequency, and "poses an existential threat to civilization" — particularly upon poor and marginalized communities.

"Simply put, our use of fossil fuels is incontrovertibly changing the global climate," the ad hoc committee wrote in its report.

It also pointed to church teaching on social sin and the role of the market economy, citing John Paul II's warnings against the "idolatry of the market," Benedict XVI's emphasis on the moral consequences of every economic decision, and Francis in Laudato Si' stating, "The environment is one of those goods that cannot be adequately safeguarded or promoted by market forces."

'Divestment morally interrupts the status quo, shifts the social narrative around fossil fuels, and has the potential to move legislators away from accepting the support from fossil fuel companies.'

"The Church's social teaching suggests that the economic patterns of production and consumption that contribute to the destruction of the natural environment, and the carbon fueling climate change in particular, should be considered social sins or structures of sin," the ad hoc committee wrote.

The committee members cited a study published in the scientific journal Nature that roughly 60% of global oil and methane gas and nearly 90% of coal must remain in the ground to keep the 1.5 C target within reach. The International Energy Agency has said that countries must halt all new fossil fuel exploration in order to achieve global net-zero emissions by 2050.

While some religious organizations have supported dialogue and shareholder engagement with energy companies, the committee said the combination of the fossil fuel industry's decadeslong opposition to addressing climate change and the shrinking window to avoid its worst impacts make that approach ineffective today.

"Divestment morally interrupts the status quo, shifts the social narrative around fossil fuels, and has the potential to move legislators away from accepting the support from fossil fuel companies that ties their hands regarding fossil-free legislation," they wrote.

Lothes in a statement added that the decision to divest doesn't have to be an either-or choice between that and shareholder efforts, noting that in some cases groups have maintained a minimal amount of stock to continue engagement with fossil fuel companies.

"Many very well-regarded institutions have already chosen divestment," she said. "In joining them, the CTSA signals the critical moral importance of divestment for Catholic institutions, for whom the impact of climate change on human dignity and life, especially among the poor, is a preeminent concern."

A version of this story appeared in the July 8-21, 2022 print issue under the headline: CTSA resolves to divest from fossil fuels.