Climate organizers: 2020 is the year to mobilize — with young people in the lead 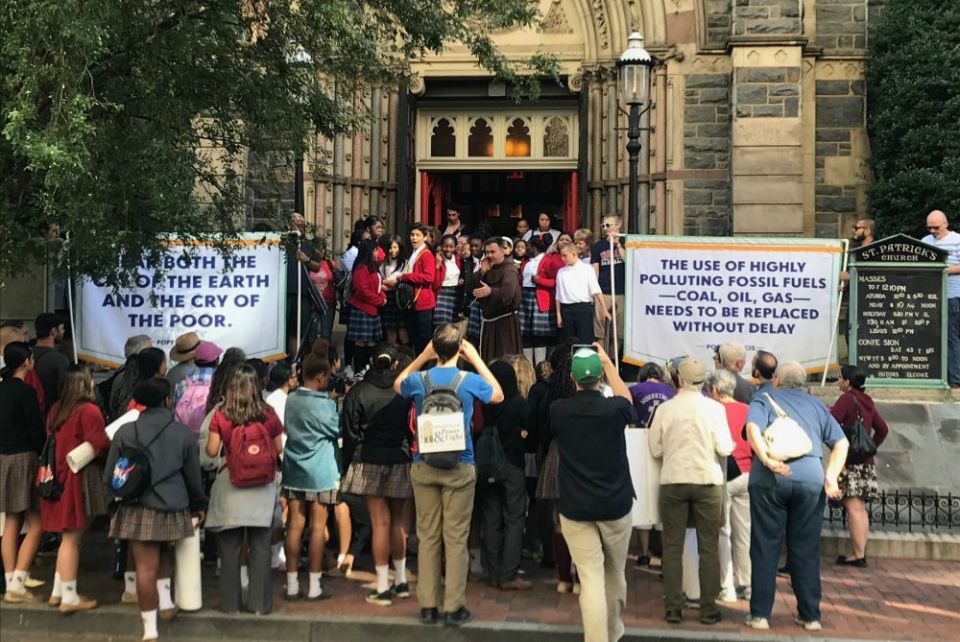 Young people participate in the climate strikes in Washington, D.C., on Sept. 20, 2019

Catholic climate organizers say they're certain of it: 2020 is "absolutely the year" for climate mobilization.

On Nov. 4, the United States is scheduled to officially withdraw from the Paris Agreement on climate. That's one day after the 2020 U.S. presidential election, the outcome of which will largely shape the U.S. response to climate change moving forward.

2020 is also the anniversary of two major milestones in the environmental movement — the 50th anniversary of Earth Day on April 22, and the fifth anniversary of Pope Francis' encyclical, "Laudato Si', On Care for Our Common Home," on May 24. With all that in mind, the Catholic Climate Covenant is organizing what they are calling the "U.S. Catholic Climate Project," a yearlong intergenerational Catholic initiative to gather Catholics from across the church to make "the moral call for climate action."

"We at the Covenant have been trying to elevate that into a more substantive theological and practical concern for the U.S. Catholic Church," said Jose Aguto, associate director of the Catholic Climate Covenant and co-chair of the Climate Project.

According to the Climate Project's website, the project will reach out to a range of Catholic institutions to provide support on activities that can galvanize action. To kick off the project, the Catholic Climate Covenant is hosting a webinar Jan. 23 to describe the initiative's vision and goals, as well as explain how Catholics can collaborate to organize events around the Earth Day and Laudato Si' anniversaries.

"With this very important 2020 election coming up, we also want to form Catholic consciousness around this element of our faith," said Aguto, who added that care for creation does not exclude other priorities of the church.

Aguto told NCR that there is a "significant synergy" among young adults, the institutional church and individual Catholics that has coalesced in united calls for the Trump administration and the Senate to reconsider the president's decision to remove the U.S. from the Paris Agreement.

Participation and leadership by youth and young adults is a big part of the Climate Project.

In bold letters on its website, the project writes, "We seek especially to cultivate and be guided by Catholic youth and young adults."

Aaron Salzman, 21, is one of those young adults leading not only the Climate Project but also the climate movement as well. For the past three years, Salzman has led organizing efforts with the Catholic Divestment Network at Boston College, where he is a senior philosophy major.

Salzman, who met Aguto through his organizing efforts and was invited to join the Climate Project, is part of the project's planning team, helping to organize events that can mobilize Catholic institutions like parishes and universities.

Salzman told NCR that youth and young adult leadership is important because even though his generation has grown up with a clear understanding of the crisis, he and his cohorts "aren't really in positions where we can do something about it from the top-down." He added: "So, I think young people have been a force from the bottom-up."

The Catholic Climate Project understands that young people are the ones who will have to deal with the consequences of climate inaction, and project leadership is hoping to make use of young people's passion for the issue to pull older generations into the fight.

"Fundamentally, this is about the future of youth and young adults and their growing awareness of the interdependence between the Creator's gifts and the lives we lead," Aguto told NCR via email. "We of older generations have the moral obligation to support them."

Claire Sanfilippo, a member of the Climate Project's team and the school outreach and special events coordinator with Catholic Charities of Washington, has been impressed by how well the teenagers she's worked with in D.C. have articulated the urgency of the situation.

Sanfilippo recalled listening to students reading eloquent personal reflections at a prayer service in Washington before the Sep. 20, 2019, climate strikes and realizing, "Oh yeah, this is why we're doing this, because of these young people right here." 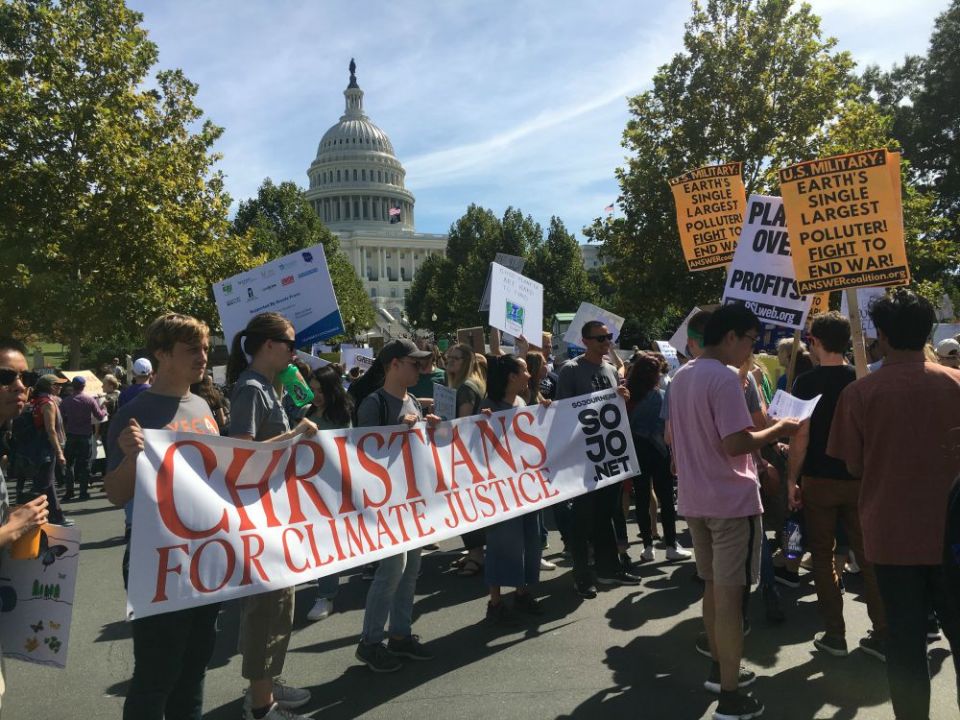 So far, a number of Catholic organizations have signed on to take part in the Climate Project. These include the Global Catholic Climate Movement, Ignatian Solidarity Network, Sisters of Mercy of the Americas, and the U.S. Conference of Catholic Bishops' youth and young adult ministry.

While the Climate Project's early efforts will be centered on the Earth Day and Laudato Si' anniversaries this spring, Aguto said the project's core team is committed to engaging throughout 2020. They also plan to organize activities around the Season of Creation in September.

Sanfilippo told NCR that while events raising awareness is a good thing, a key point to remember is that "unless people start taking action, then it's all kind of for naught."

"[Young people] have been clear that care for creation and climate action are top priorities," Aguto said. "Since these issues are also within the theology of our church … then we should be working in concert with them to promote it."

[Jesse Remedios is an NCR staff writer. His email address is jremedios@ncronline.org. Follow him on Twitter: @jcremedios.]

A version of this story appeared in the Feb 7-20, 2020 print issue under the headline: Climate organizers know 2020 is the year to mobilize, with young people .

EarthBeat | Climate organizers: 2020 is the year to mobilize — with young people in the lead