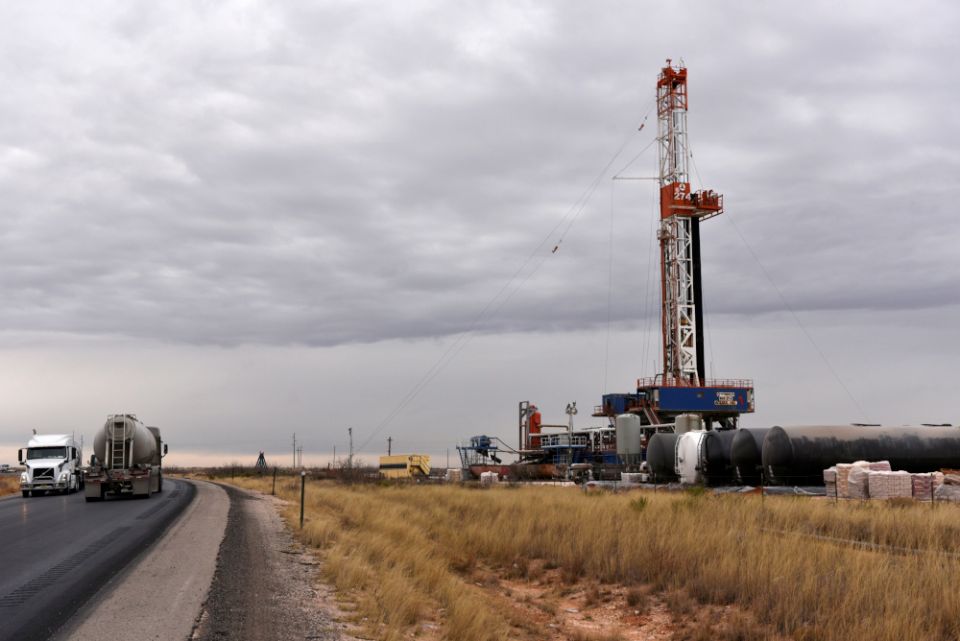 New York — A fuel demand meltdown caused by the coronavirus outbreak in the United States has started up a new fight between the oil and agriculture industries over the nation's biofuel policy, this time over whether the policy should be suspended or expanded as a result of the crisis.

The issue once again places Republican President Donald Trump in a tough spot between two important constituencies, both of which have been pushed to the brink of collapse by the pandemic because of flagging consumption, disrupted supply chains and reduced workforces.

The oil refining industry and its backers have asked the Trump administration to help the industry weather the pandemic by suspending a regulatory requirement that they blend billions of gallons of corn-based ethanol into their gasoline each year, arguing it is a cost many facilities cannot currently afford.

The corn lobby, meanwhile, has been pushing for the blending requirements, mandated under the U.S. Renewable Fuel Standard, to be expanded to help farmers who have seen demand for their crop drop swiftly as biofuel plants across the country go idle.

While the refining and corn industries have clashed for years over the biofuel blending requirements, the issue is now being framed as a matter of survival.

"We're talking about a multi-billion dollar compliance cost that is going to impact whether some can continue operating the same way," said Geoff Moody, senior director of government relations for the American Fuel and Petrochemical Manufacturers trade group, which represents refiners.

On April 15, the governors of Texas, Oklahoma, Utah and Wyoming asked the Trump administration for a nationwide waiver exempting the oil-refining industry from the blending laws to help it survive, adding heft to a similar request made by Louisiana the week before.

"We remind the Administration that oil refiners are not the only ones suffering from the economic fallout of the current situation," said Brian Jennings, the head of the American Coalition for Ethanol, which had asked the administration earlier this month to expand ethanol blending requirements.

"Ethanol producers, and the farmers supplying them corn, are suffering a proportional economic disaster," he said.

A spokesperson for the Environmental Protection Agency (EPA), in charge of overseeing the RFS, said the agency is watching the situation closely and "will make the appropriate determination at the appropriate time."

U.S. demand for gasoline has fallen by about a third due to the coronavirus pandemic, which has roiled daily life and prompted residents to shelter at home, according to the U.S. Energy Information Administration.

As a result, refiners have slashed output and seen gasoline profit margins fall to the lowest since 2008.

While many refiners were in strong cash positions at the start of the coronavirus pandemic, others that have spent much of their cash acquiring new plants, such as PBF Energy Inc., are significantly more distressed.

Valero Energy Corp, one of the biggest refining companies in the United States, meanwhile, warned of an up to $2.1 billion first quarter loss due to the coronavirus pandemic, and plans to defer tax payments and certain planned expenses in its refining and ethanol businesses.

But the ethanol industry is being crushed too.

Nearly half of U.S. ethanol production capacity has been idled as a result of the falling fuel demand, according to Geoff Cooper, the head of the Renewable Fuels Association. Further, output cuts disrupt local demand for corn as producers buy less of the feedstock.

"A general waiver at this point would only serve to close more ethanol plants and kill more jobs across rural America," Cooper said.

The refining and corn industries have long disagreed about U.S. biofuel policy, most recently clashing over the Trump administration's use of exemptions for small refining facilities in financial distress.

A federal court in January ruled that Trump's EPA had granted such exemptions inappropriately, a decision that is likely to dramatically reduce the number of such waivers issued in the future.