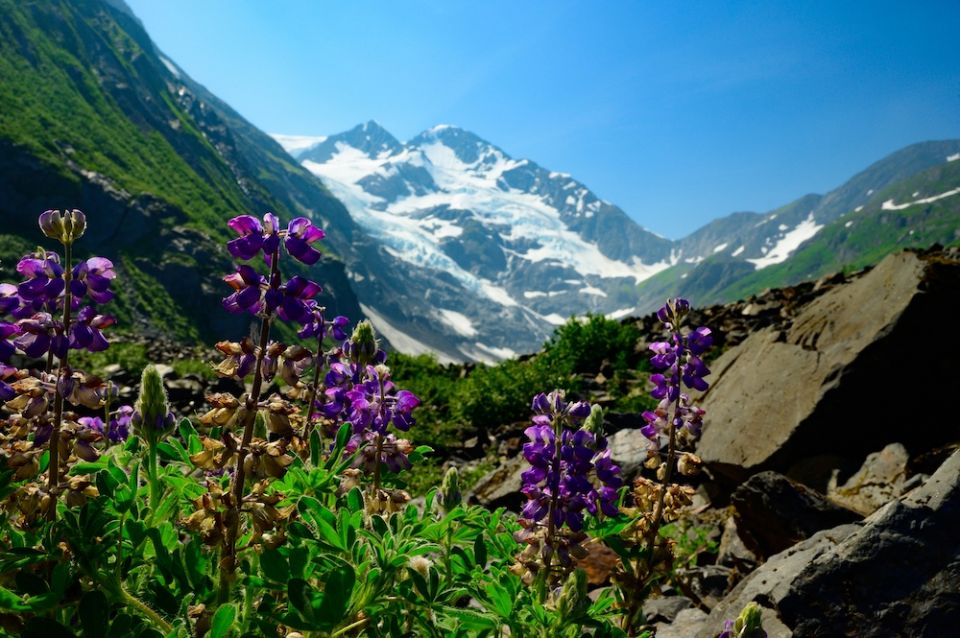 A newly launched network hopes to channel the power of prayer to heal the planet in the face of rising global temperatures and declining biodiversity. The goal is to inspire a conversion among people of faith to work to reverse both problems and better care for the environment.

The Creation Care Prayer Network debuted May 20 during a webinar as part of the Vatican's Laudato Si' Week. The 10-day event marks the sixth anniversary of Pope Francis' encyclical "Laudato Si', on Care for Our Common Home," and closes the Laudato Si' Anniversary Year that began in May 2020.

The new prayer network seeks to bring together religious and lay contemplative communities in their commitment to heal God's creation, amid increasing climate change, deforestation and other threats to biodiversity, through prayer and Eucharistic adoration.

Christina Leaño, associate director of the Global Catholic Climate Movement, said the goal of the network is "helping more people care for creation and undergo the needed ecological conversion through prayer." Ecological conversion is one of the group's three focus areas, Leaño said, along with sustainability and advocacy. 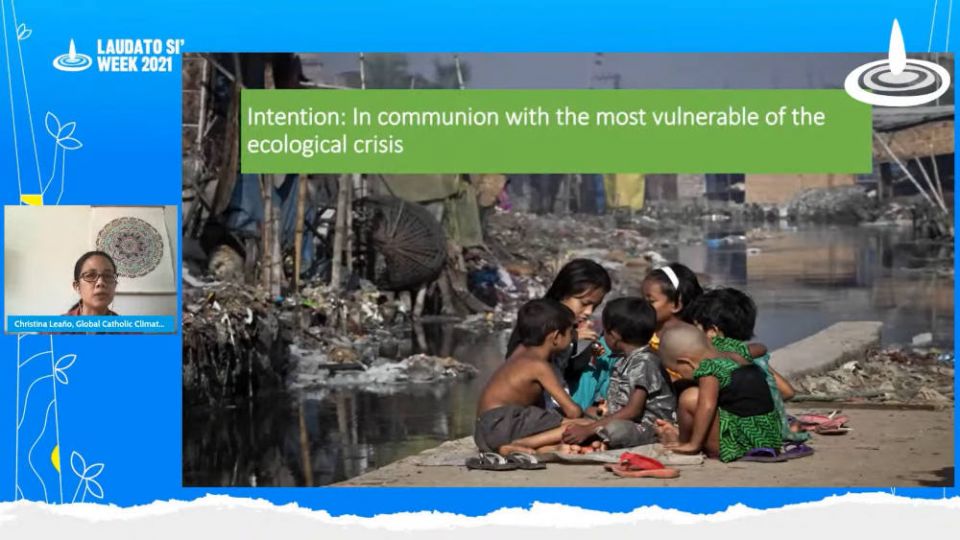 "Can you imagine if we're involved in a prayer network, the difference that this could make?" asked Franciscan Sr. Sheila Kinsey, executive co-secretary of the Justice, Peace and Integrity of Creation Commission of the International Union of Superiors General, or UISG, one of the main sponsors of the Creation Care Prayer Network.

Other sponsors include the justice and peace commission of the Franciscans of the Order of Friars Minor, the Order of Cistercians of the Strict Observance (more commonly known as Trappists) and the Global Catholic Climate Movement. Communities interested in joining or becoming co-sponsors can learn more at laudatosipray.org.

Already, more than 200 communities in 34 countries across five continents have joined the Creation Care Prayer Network. The network will provide monthly resources, but for the most part, groups are left to determine how they choose to pray.

An inaugural prayer states, "Loving Creator, give us the grace to be faithful co-creators to care for our common home. Fill us with Your Spirit who renews the face of the earth. And inspire us that we may always sing as we go."

The Creation Care Prayer Network has also put forward three primary intentions for participants to center in their prayer:

Leaño said prayer is essential so that "transformative action can really take place. And we know that without this dimension, our apostolate could turn into mere activism without meaning."

In Laudato Si', Francis offered two new prayers on creation. He has also recommended that caring for our common home be included among both the corporal and spiritual works of mercy, and indicated that the concept of ecological sin would be added to the Catechism of the Catholic Church.

"The best antidote against this misuse of our common home is contemplation," Francis said at a general audience during the Season of Creation in September. He added that contemplation allows people to see the earth as a gift that has value beyond its usefulness and "we are inside nature, we are part of nature."

"Those who know how to contemplate will more easily set to work to change what produces degradation and damage to health," the pope said.

"As Pope Francis says, for change to happen we need education and inspiration … but we have to really be and feel with the circumstances and be with the poor and determine what it is that we can do about it. And we can do this in prayer," Kinsey said.

Earlier in the webinar, members of religious orders shared the ways their communities live out creation care and the pope's encyclical in their work. Several of the examples grew out of the UISG's Sowing Hope for the Planet campaign.

The Wheaton Franciscan Sisters, of Wheaton, Illinois, have held Earth Day events at their motherhouse since 1980. In that time, the sisters have converted portions of their land back to native prairie and planted a pine grove and butterfly and vegetable gardens. They also have switched to hybrid vehicles, installed solar panels and created peace and cosmic walk paths for contemplating creation in nature. 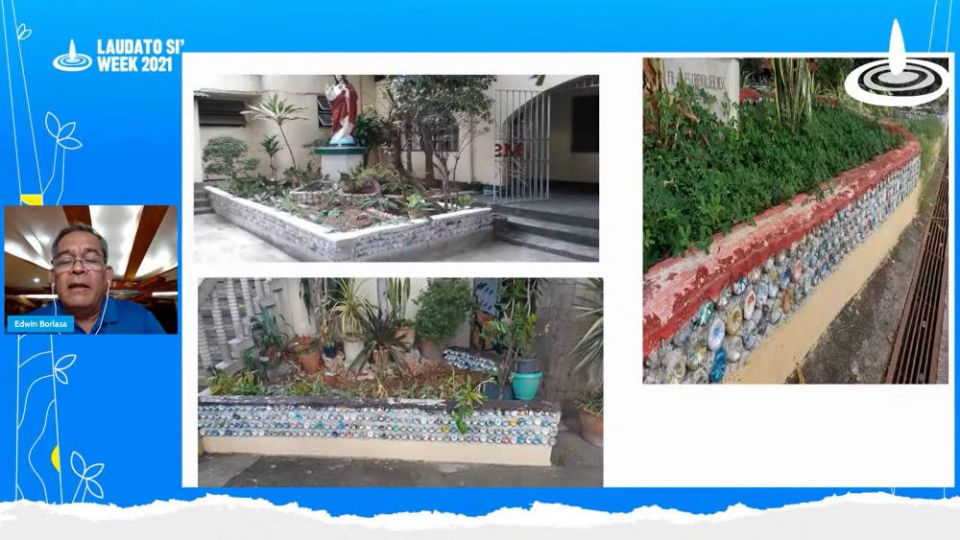 Fr. Edwin Borlasa of the Missionaries of the Sacred Heart speaks during the May 20 webinar, showing how disguarded plastics are turned into "eco-bricks" for the missionaries' seminary in the Philippines. (NCR screenshot)

In the Philippines, the Missionaries of the Sacred Heart have established plastic banks where people can exchange change discarded plastic items for food. The collected plastics, which can take thousands of years to decompose, are then turned into "eco-bricks" that the priests and brothers use to build barriers in vegetable gardens, landscaping and even altars at their seminary.

"Prayer is integral to this whole process" of taking action on behalf of the environment, Kinsey said, because it "enables us to be in a sacred action for change."