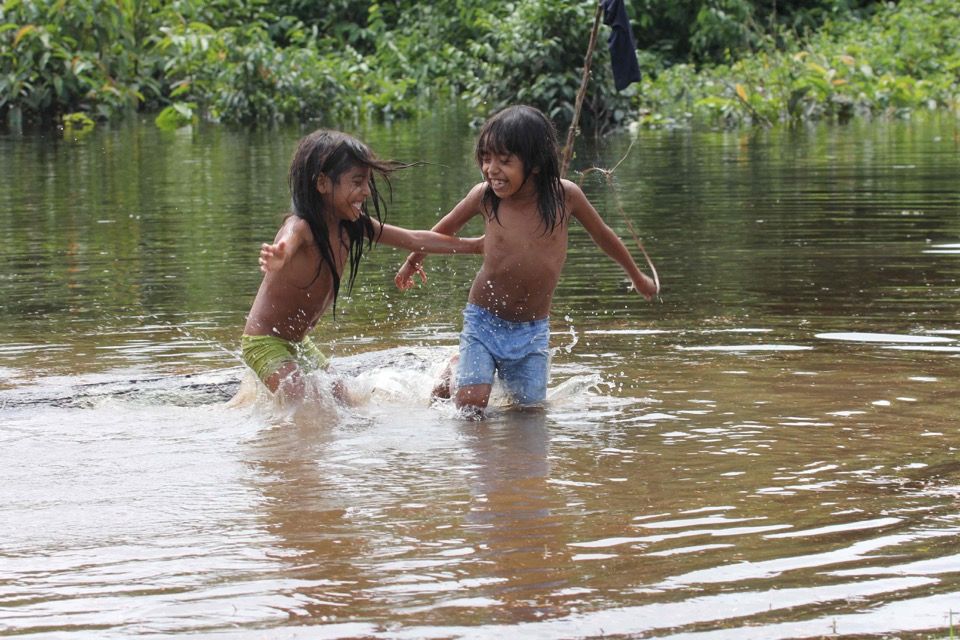 Last week's EarthBeat story about reconnecting with the natural world through forest therapy seemed to resonate with many of you. And it brought to mind a chance encounter I had in Bolivia more than a dozen years ago with Australian Christian Brother Moy Hitchen, who at the time was his order's international promoter of environmental justice.

He explained that his job was to visit the places where Christian Brothers worked around the world — mainly schools, since it is primarily a teaching order — to help them incorporate environmental justice into their teaching and other ministries.

I have always remembered him saying that his message boiled down to this: "Love your local ecosystem."

I turned to the internet to see if I could track him down and interview him again. Sadly, I discovered that he passed away last year while working in Africa.

So I dug out a story I wrote about him just after our encounter, and found that his advice continues to ring true — with even greater urgency.

"Get out there and find the rocks, the soil, the trees, the bushes, the birds that belong to [your] part of the world, and then think, what does the Earth want us to do?” he told me when we met in 2006.

A year later, I took a distance-learning course called "Bioregional Theory and Practice" at Green Mountain College in Vermont. Because my classmates and I were physically located in many different places, our place of study was our local bioregion — generally the watershed where we lived. We delved into its deep geological history; studied its waterways, animals and plant communities; and learned about the relationship between humans and their ecosystems.

A person in the U.S. consumes resources at more than twice the rate at which the Earth can regenerate them, according to this map by the Global Footprint Network. By these calculations, as a global species, we passed the tipping point in 1970 — for the past half-century, we have been consuming at a higher rate than the planet can regenerate.

As he addressed those issues, Hitchen added a spiritual component, much of it drawn from Scripture. Although the Genesis story in which God gives humans "dominion" over all the earth has been blamed for modern rapacious practices, Hitchen also found plenty of imagery to underlie his ecospirituality.

"The holy oak, the sacred mountain, the rock [Jacob] had the dream on — the earth is charged with divine presence, that Holy Land we're talking about all the time," he told me. "The promised land."

When Pope Francis spoke to an Indigenous Amazonian audience in Peru in January 2018, he told them that the land where they lived was "holy ground." That was a very moving moment for Indigenous people who face increasing threats from loggers, miners, ranchers, land speculators and sometimes their own governments.

In fact, however, all of us stand on holy ground — whether we're in the Amazon or the desert, on a pristine mountaintop or a street that runs past a chemical plant. It may be desecrated, but it is still God's creation. Our task is to recover that sense of the sacred, to learn to love our local ecosystem and to heal our relationship with it.

An EarthBeat reader writes back:

Last week, at Thanksgiving, I invited you to tell EarthBeat about the original peoples who live, or once lived, in the place you now inhabit. Julie Monroe of Sandpoint, Idaho, responded:

"The Qlipsé are the Indigenous people of the area where my family and I live, Bonner County in northern Idaho. The Qlipsé are known in English as either Kalispels or Pend d’Oreilles, and when white men first appeared to them, they had lived along the shores of Lake Pend Oreille and the banks of the Pend Oreille River since Time Immemorial. The native language of the Qlipsé is Nselxcin Salish," she wrote. It turns out that there is even a website about the language.

Monroe added, "To do my part to broaden knowledge of Qlipsé history among people who belong to the colonizing culture, such as myself, I am writing a narrative that surveys the historical events that prepared the way for American settler colonization of the Inland Northwest and also focuses on those that took place in the specific geographic area of present Bonner County, Idaho, in which Lake Pend Oreille is located and where the Pend Oreille River begins. Thank you for this opportunity to honor the Qlipsé."

Thanks, Julie, for broadening our knowledge, too.

The Vatican's Covid-19 Commission will host a webinar Dec. 9 on "Faith, Science and Youth — A call for an ambitious Climate Summit," in preparation for the U.N. event to be held on the Dec. 12 anniversary of the Paris Agreement.

Webinar speakers will include Cardinal Peter Turkson, prefect of the Vatican Dicastery for Promoting Integral Human Development; John Schellnhuber of the Potsdam Institute for Climate Impact Research; and Hindou Oumarou Ibrahim, coordinator of the Association of Fulani Women and Indigenous Peoples of Chad.

Here's a globe where you can find out more about the bioregion where you live. The coming week, leading up to the Climate Ambition Summit marking the fifth anniversary of the Paris Agreement, is a good time to take a few minutes and explore it.

What's one new thing you've learned about your bioregion? Tell us about it by writing us at earthbeat@ncronline.org. I'll share what we've found out in next week's EarthBeat Weekly.

If you like EarthBeat Weekly, please pass the word! Feel free to forward this newsletter or pass along the link to EarthBeat Weekly on our website. And if someone forwarded it to you, you can sign up here to receive the newsletter in your inbox every Friday .