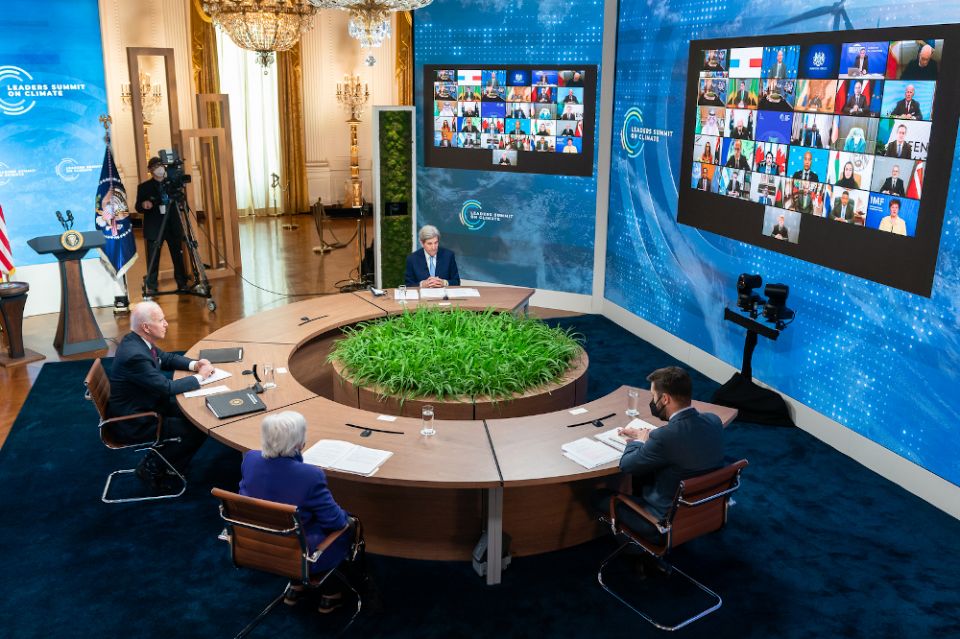 "Doors are open. The administration has its own plans that parallel with what all of our groups are pushing for. It's a brand new day for those us working for environmental justice," said Stephen Schneck, executive director of the Franciscan Action Network in Washington.

At the Catholic Climate Covenant, the feeling is much the same.

"We're super excited by the Biden administration and their initiatives. It's almost like night and day from the previous administration," Jose Aguto, associate director of the organization, told Catholic News Service.

"The spirit of what he's bringing forth is very, very Catholic and is lifting up where younger generations are in terms of the orientation toward social justice," Aguto said.

That focus on the environment and climate change is giving the Catholic Climate Covenant, the Ignatian Solidarity Network and other organizations a much-needed boost after their views were largely sidelined under Donald Trump's administration.

Their efforts gained additional momentum as the global Catholic Church observed Laudato Si' Week May 16-25 with online and local events. The week closes the special Laudato Si' Anniversary Year celebrating progress made over the past five years on the church's environmental work globally. It also is launching a new decadelong wave of initiatives in an ongoing response to Pope Francis' call for the care of creation.

Biden, the second Catholic president in the nation's history, has proposed a series of initiatives that are in line with that call.

In executive orders in the first days of his administration, Biden set forth plans to prioritize climate change, reduce fossil fuel dependence, promote land and water conservation, and create well-paying jobs in environmentally connected fields. Some of the orders reverse Donald Trump's executive orders that rolled back dozens of environmental policies, saying they harmed American businesses.

Biden also announced the return of the United States to the Paris climate agreement, a top goal of the organizations.

Among the most notable of Biden's plans is the Justice40 Initiative, which, the White House explained, calls for delivering 40% of the overall benefits of relevant federal investments to disadvantaged communities. Performance toward the goal would be tracked through what the administration called an "Environmental Justice Scorecard." 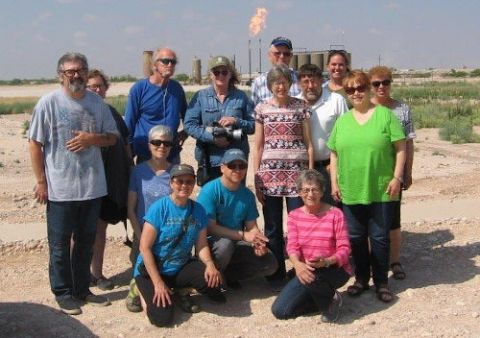 Franciscan Sr. Joan Brown, executive director of New Mexico Interfaith Power and Light, said such an aspiration is laudable, especially because communities of color, including Native American tribes, disproportionately experience the negative effects of pollution and climate change such as severe drought and reduced water resources.

By addressing environmental justice, there also is a new opportunity to confront the broad concerns of racial inequality and long-lasting poverty, Brown added.

"What's changed is the lens of how we approach this. It's not just environmentalists saying that we need to do this. It's more inclusive to address economic disparity," she said.

Environment-related proposals in the plan include support for the development and purchase of electric vehicles, clean water programs, removal of lead pipes from homes, public transportation improvements, and investment in clean energy development and infrastructure.

Anna Wagner, director of network engagement for the Global Catholic Climate Movement, explained that such steps — and more — are necessary given that the U.S. is a large fossil fuel producer and a major emitter of greenhouse gases.

Such gases build up in the atmosphere and, the vast majority of scientific studies have concluded, likely contribute to global warming.

"The United States can also be taking action by challenging other governments and corporations to move away from fossil fuels as quickly and completely as possible and minimize harm to those least responsible, those who we know are hit first and hit worst," she said.

"The United States can also be taking action by challenging other governments and corporations to move away from fossil fuels as quickly and completely as possible and minimize harm to those least responsible, those who we know are hit first and hit worst."

New Mexico Interfaith Power and Light nationally is mobilizing faith-based organizations, churches and individuals to enthusiastically support Biden's plan. It is circulating a sign-on letter that calls on Congress to adopt the full list of green measures in the proposal.

"We urge you to support historic levels of investment that will safeguard creation, address the impacts of climate change and pollution from fossil fuel extraction and related industries, and fulfill our moral obligation to leave a habitable world for future generations," said the letter, which is expected to be sent in June.

"Black, Indigenous, and people of color (BIPOC) and low-income communities have been hit the hardest by the triple health, economic, and environmental crises we face," it said. "The needs of these communities must be at the center of any infrastructure package."

Beyond the letter, organizations such as the Catholic Climate Covenant are working to connect with Republican and Democratic members of Congress to support key legislation that will address pollution, climate change and environmental justice.

"We're building bridges, especially to Republicans. The covenant is a coalition of partners. We're working with partners to target key legislators in certain districts who can move the climate agenda in ways that could be helpful," said Dan Misleh, the covenant's executive director.

Brown said having stronger relationships within government and Congress is important because that will allow the voices of people most affected by environmental policies to be heard. She pointed to a recent meeting that New Mexico Interfaith Power and Light had with Rep. Teresa Leger Fernandez, D-New Mexico, who is serving her first term in Congress.

Leger Fernandez, Brown said, was interested in learning why people of faith were so engaged on environmental concerns and wanted to share what she learned with other people of faith who were less focused on the environment. It was a refreshing change, Brown added.

Still, she said, no matter who is in office much work remains to achieve true environmental justice.

"In some ways it is important who's in office and to take advantage of that to not only push things but to talk," she said. "But it doesn't shift what we're working on because it's ethical and moral."