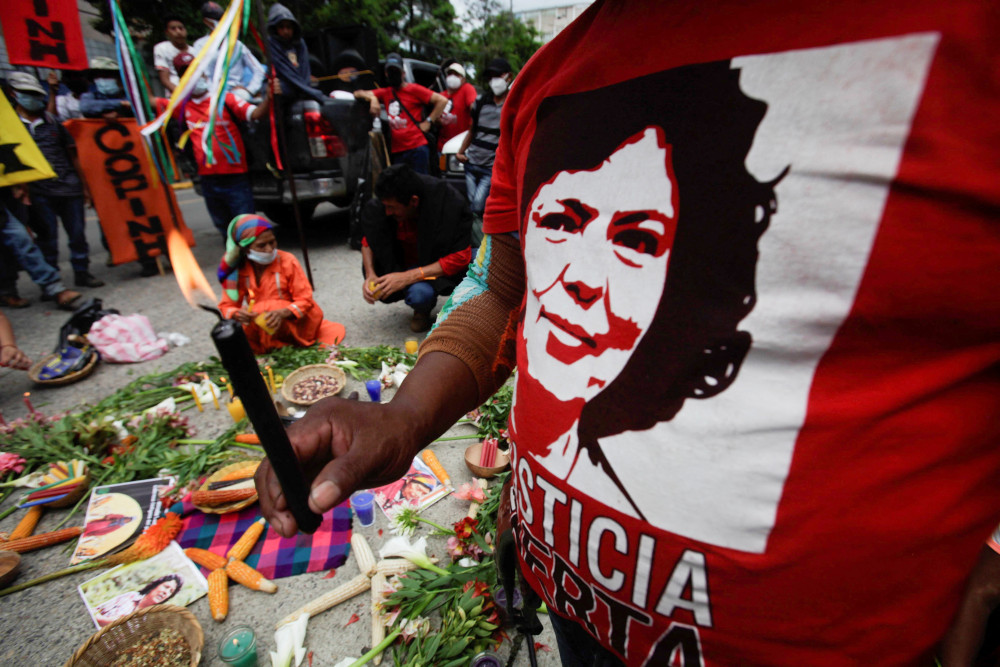 A demonstrator holds a candle as he protests outside the Supreme Court in Tegucigalpa, Honduras, June 20, 2022, during sentencing for Roberto David Castillo, former business executive and army intelligence officer. (CNS/Reuters/Fredy Rodriguez)

A Honduran court sentenced Roberto David Castillo, a former business executive and army intelligence officer, to 22 years and six months in prison for his role in the 2016 murder of Honduran environmental activist Berta Cáceres.

Roberto David Castillo was sentenced June 20 after being convicted in 2021 of being a co-collaborator in the murder of Cáceres, whose slaying provoked international outrage and exposed rampant impunity in the Central American country.

Cáceres, an indigenous Lenca and leader of the Civic Council of Popular and Indigenous Organizations of Honduras — commonly called COPINH — was murdered in her home by a death squad in March 2016. She had led the opposition to construction of a hydroelectric project that threatened traditional Lenca territory along the Gualcarque River in western Honduras.

Castillo was president of DESA, the company building the dam. Seven other individuals have been convicted for their roles in Cáceres' murder. 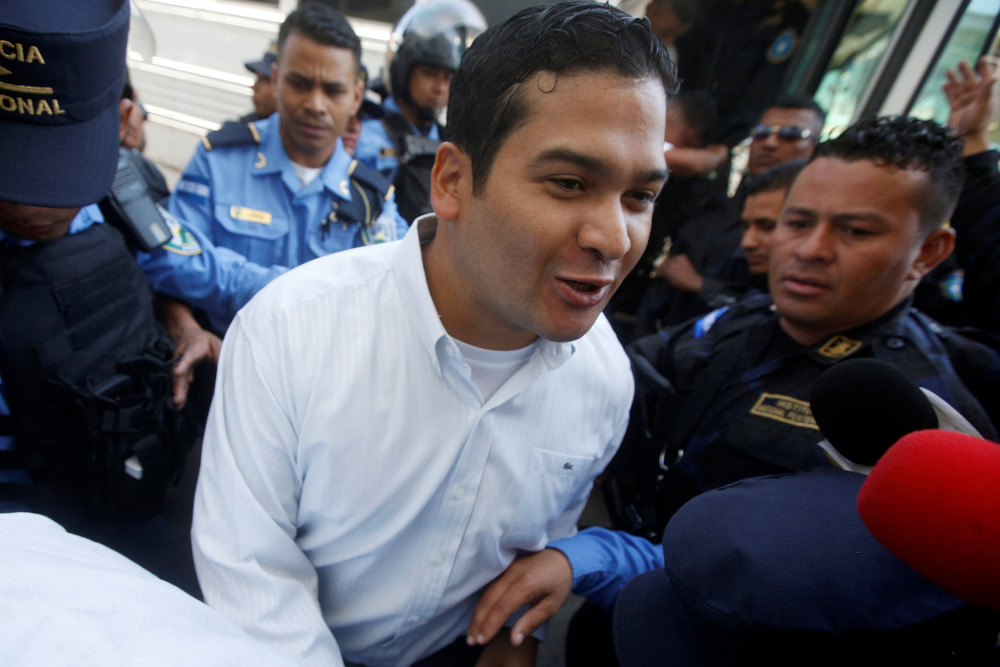 Roberto David Castillo, a former executive with Desarrollos Energéticos, arrives at court in Tegucigalpa, Honduras, in March 2018. On June 20, 2022, Castillo was sentenced to more than 22 years for his role in the 2016 murder of environmental activist Berta Cáceres. (CNS/Reuters/Jorge Cabrera)

"David Castillo is just one link in the chain of command that ordered the murder of the COPINH leader," COPINH tweeted June 20. "The struggle of the Lenca people for #JusticiaParaBerta will not cease."

Honduran President Xiomara Castro, who won a landslide victory in November on a platform of ending corruption and impunity, has promised justice in the Cáceres case. On June 17, Castro nominated Cáceres' daughter, Olivia Zúniga Cáceres, as ambassador to Cuba.

For years, Catholics active in environmental and justice issues advocated for accountability in the Cáceres case.

"The witness of #BertaCáceres continues to inspire us to stand in solidarity with Hondurans as they work for justice and accountability in their country," the Sisters of Mercy — who have raised attention for causes in Honduras — tweeted in 2021, on the fifth anniversary of Cáceres' death.